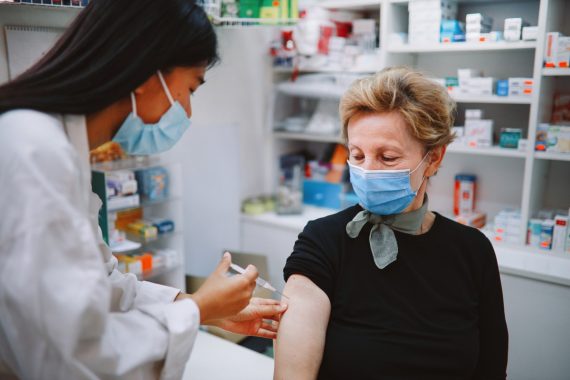 Around 10% of online GP consultations could potentially be referred to pharmacies via the Community Pharmacist Consultation Service (CPCS), according to NHS England’s head of pharmacy integration.

In an NHS England webinar on 30 March, Anne Joshua said that ‘some early work’ coming from practices in the London area had shown that ‘10% of online consultations could potentially go across to the pharmacy’.

The CPCS, which offers patients a consultation with a pharmacist for minor illnesses, has been taking referrals from NHS 111 since October 2019. It was extended to include referrals from GPs in November 2020, after a successful pilot.

Ms Joshua said in the webinar: ‘The pathway has been running successfully for 18 months already – with pilots in different parts of the country using that GP referral pathway and nearly 90% of all referrals were completed in that one episode of care.

She added: ‘97% of patients said when they’d used the CPCS service said they would do again – so that confidence in having that referral from the practice has really embedded that patient understanding of what’s on offer with their community pharmacist down the road.’

Planning guidance published by NHS England last week said that contractors, PCNs and GP practice should be working with their local pharmaceutical committee, local medical committee, and regional teams to agree implementation of the service ‘prior to being able to receive referrals’.

Also speaking in the webinar, Dr Mohammed Umer, clinical director of Blackburn with Darwen PCN, suggested that antibiotic prescribing under the service will need to be monitored.

Responding to a question on whether the CPCS could increase antibiotic prescribing, Dr Umer said it was ‘really important’ for GP and pharmacy colleagues to work together and also have ‘some measures and monitoring around prescribing as well’.

He added: ‘Because community pharmacies are working under a PGD, there is that legal mechanism and they would only be prescribing according to that criteria – so there is already that legal framework around when they should be prescribing particularly for antibiotics.

‘I think that needs to be reviewed and measured and if we are seeing that [increase in prescribing] from the data, particularly if some CCG colleagues are finding that, then we need to feed that back to our community pharmacy colleagues.’

He also highlighted the importance of training, engagement, support and ‘sometimes reassurance’ for pharmacies on when ‘you absolutely need to prescribe’.

The RPS and RCGP has been offering workshops on the service since October for all community pharmacists, to support with developing skills in patient-facing consultations and clinical assessments.

30 years too late this model.
Your public still can’t treat an insect bite, sprain or itchy scalp without blocking a GP appointment. Let alone ear wax, IBS and hay-fever. GPs don’t really have egos, you don’t pay them enough for one, so just rid them of the dryness of lifestyle trivia.