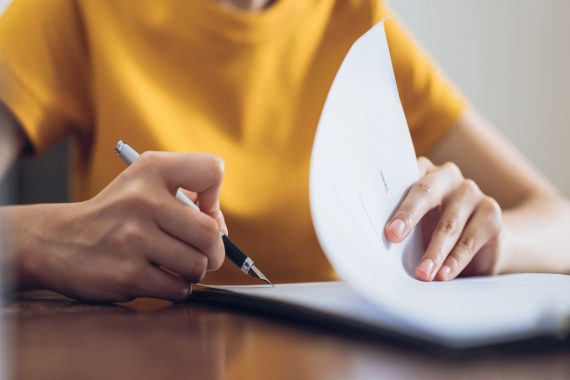 NHS England has said that pressures on general practice mean ‘many’ parts of the country ‘will not be in a position to carry out appraisals’ for the time being, and called for commissioners to take a ‘sympathetic approach’.

In its latest bulletin to the profession, the organisation’s medical director of primary care, Dr Nikki Kanani, said she ‘fully recognises’ the pressures the system is facing, and the need for ‘flexibility and sympathy’ and noted appraisals will not be possible for many GPs ‘at this time’.

In the bulletin, sent today, she said: ‘Whilst a restart of a new, more supportive appraisal model was described in our 3 September letter, we fully recognise the current pressures on the system and the need for a flexible and sympathetic approach – many areas will not be in a position to carry out appraisals at this time but we will maintain the ability to access support for those who need it.’

Appraisals were initially suspended in March, following a ‘strong’ recommendation by NHS England.

By July, the organisation was sharing plans to ‘redesign’ them, and they were due to restart in a ‘flexible’ way earlier this month.

Today’s update comes as the Government announced shielding measures may be reintroduced for people in regions with high rates of Covid-19.

The Department of Health and Social Care said today it will write to clinically extremely vulnerable people in England and their doctors, notifying them of the new shielding advice.

Meanwhile, practices continue to deliver this year’s expanded flu programme, with some GPs being forced to pay for their personal flu jab due to stock shortages.

Is there any chance NHS England might stop messing about with this? My appraisal month is October. So, I started my appraisal documentation for this year after my last appraisal last October. Then I was in limbo from March, not knowing when appraisal might be re-started or in what form – so carried on doing some bits as didn’t want to get to now and be unprepared for an old-style appraisal landed on me. Then, in September, we were notified that appraisals would re-start from this month, with a deluge of paperwork about the new “simple” paperwork. Thus, I have now hashed some evidence together and sent to my appraiser and am waiting for him to get back to me about a firm date. And now this! I am good to go, but I guess my appraiser now might not be. Not very sympathetic in my book.

Shut this dumb chirade down now. Whoever is pupeteering this nonsense excercise is categorically decimating the morale of some of the best doctors on this planet. Grow up.

Do we really need this during these difficult times? Please stop this mess. So much confusion and chaos. This is the last thing needed for the doctors now. I was out of work for more than 3 months with no support or pay and now this.

My recollection may be a little suspect. Appraisals came in after a certain former GP from Hyde had some legal troubles. He was a great chap according to most of his patients. However someone pointed out that he’d apparently cheated at cards once whilst at University and that somehow should have warned us all of what was to come. What is the outcome measure for appraisals? There hasn’t been another GP who has murdered 300+ patients or at least been so feckless as to get caught. QED appraisals have been a great success.
So we continue with our 360 degree feedback to make sure no one is cheating at cards. We do some token PDP work so we have something to talk about with the appraiser. It doesn’t ensure that doctors maintain a minimum level of clinical competence across their careers. You’d need an AKT type exam every 3-5 years to approach that. It doesn’t have a hope of preventing the Hyde effect either. So during these difficult times what is the bleeding point of appraisals? I would really love to know.

My heart will go on.

I have ignored appraisal. I was informed last week that I have an appraisal in December–but not to worry about it. Clarity has gone so I now have to grapple with something called 14 Fish. I have wasted several hours of my life already just populating it with basic details.

What a depressing waste of time. Still I guess my appraiser will be pleased to trouser his £500 blood money.

Polite request–all appraisers refuse to do an appraisal whilst we are fighting this pandemic. Try and remember why you became a doctor in the first place.

Why is the BMA not campaigning to end this nonsense asap? Betrayed by those supposedly looking after our interests.

Nikki is certainly improving (as is my sense of ‘WELLBEING’).

Nikita , remember the motto I dedicated to you before( you probably never noticed anyway ) :
It is a fine line between politically correct diplomacy and dangerously flawed hypocrisy.
For God sake , be assertive , just stop all GP appraisals this year and next year !

Going into the hardest winter of our collective careers it is at this point indefensible to still have appraisal on the table. It should be suspended at the very least. It should also be objectively reviewed & cost/benefit ascertained before reintroducing. No other country has adopted appraisals- there must be very good reasons why. I suspect it is a factor in many GP’s retiring early & not doing part time work or locums as semi retirement option. I know I find it an onerous box ticking exercise that I resent doing in my precious free time.