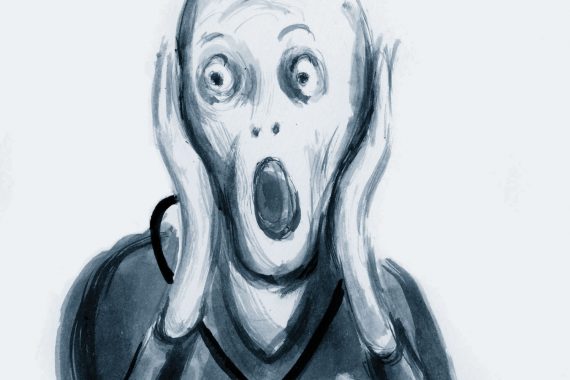 There was once a casualty officer who was utterly incensed by a patient presenting with a non-emergency, non-accidental sore throat, supposedly because he was unable to get an appointment with his GP. So incensed, in fact, that he marched the pharyngitic person to a phone booth to test this claim, paid for the call himself, secured an appointment with the GP and sent the patient on his way.

Then again, I was a stroppy git in those days. But it does mean I have some sympathy with the current Bright Idea for potential A&E attenders to be filtered by 111 first .

The problem for us GPs, of course, is that this plan has horrendous workload implications. While the concept is being sold as a means of controlling A&E flow and overcrowding, the reality is likely to be the redirection of significant numbers of patients to us. And when we protest, it’ll simply be dismissed as work that we ‘should be doing anyway’. Which is, of course, correct, but also completely wrong.

After all, the delicate balance of GP work/staffing/income is predicated on the system as it currently runs (and has done for aeons). We know that patients attend A&E inappropriately – they always have, largely because of factors like geographical proximity and the tendency for cas officers to dish out the antibiotics that the GP refused a few hours previously. And we’re still left with more than enough work to do.

Besides, this isn’t a one-way street. We GPs spend inordinate amounts of our time on secondary care issues which aren’t our responsibility, increasingly so since the pandemic. So if there’s to be a work redistribution, it should flow both ways.

But if the simple assumption is made that the 111 gateway can slam A&E doors shut on what are perceived to be primary care problems, and dump them in our surgeries, someone needs to crunch some numbers, and fast. Because the workload reality of that policy – assuming the dump will be the one slot per 500 patients sneaked in under Covid-cover – is a requirement in my practice for just over one FTE GP per week. Unfunded.

It’s enough to make me want to make another stroppy phone-call. Anyone have Mr Hancock’s number?

Dr Tony Copperfield is a GP in Essex. Read more of Copperfield’s blogs at http://www.pulsetoday.co.uk/views/copperfield

Sharing my shared decision-making certificate with you

Stop with all the (wo)mandatory training

what is so surprising is that this has been introduced without any open discussion with the profession. NHSE GP leads please respond; we already know (via the Guardian not NHSE ) that 111 cant cope and passes work to other call centre companies

Fine so long as we can triage them again.
I’m fed up of 111 sending head injuries to us.

A patient advised me that she used 111 as a way of getting a GP appointment that day. She told me that we tended to react to 111 getting in touch with us via fax quicker than her calling us directly. I asked if she felt she was needing to be seen urgently, and she said, well no, but today fits in better with my plans………….I had no words of reply.

the use of A^E is indirectly proportional to how many miles it takes to get there. the more inconvenient as service is to access the less likely you are to use it. simple business economics. A^E SHOs who keep giving the antibiotics the more patients will visit to get them – patients work the system out pretty quick to get what they want regardless of how much damage they do to themselves or others as a consequence. We all know patients lie most of the time, the art of medicine is working out the fact from fiction. I would have thought they would be queueing in the supermarket to stock up on toilet roll rather than being in A^E at the moment though. the same psychology applies. people are innately selfish – its how our DNA survives as a rule, until we wipe ourselves out that is with a major epidemic or famine, war etc. then it starts all over again. ces’t la vie – as they say

GPs are not the solution and for years we have tried and failed until Covid. Patient responsibility and decision making is paramount. Charge them £100 for non emergency (they can stick a list outside the door) and non accidental conditions and it will soon stop.

Interesting that 111 isn’t coping with the work, and private companies getting contracts. We have seen a lot of contracts getting passed over to the private sector, and more during Covid.
Not surprisingly some companies are doing rather well. Totally plc is a company in Derby, A number are Ex-NHS managers. I don’t blame them, the CEO Wendy Lawrence, and Urgent Care Andy Gregory are great people and very able.
And IMO look very attractive shares to invest in! DYOR
Link to their annual report.
https://www.totallyplc.com/wp-content/uploads/2020/07/Totally-plc-Annual-Report-for-the-year-ended-31-March-2020-.pdf