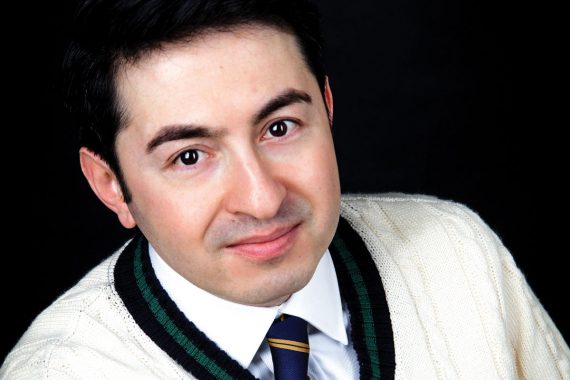 There comes a tipping point when the evidence of racial disparity and inequity in health is irrefutable and the only way forward is clear and determined action.

The devastating effects of Covid on ethnic minorities have exposed and aggravated the socioeconomic disadvantages experienced by these communities.

Therefore, a colourblind health policy, such as age-based vaccine allocation, which disregards the disproportionate and unequal impact of the pandemic on ethnic minorities, is immoral and a reckless abdication of the duty of care to some of society’s most vulnerable people.

By insisting on this path, I would argue that the Government and public health bodies are worsening systemic inequalities and putting more ethnic minority lives at risk.

Black and South Asian men are 4.2 times and 3.6 times respectively more likely to die with the virus, compared with their white counterparts.

A similar trend is seen in rates of infection, hospitalisation and ICU admission for these groups.

Ethnic disparities in Covid are part of a historical trend of poorer health outcomes in marginalised ethnic groups, with earlier onset, higher rates and more aggressive progression of disease, and greater risk of premature death.

This is in part due to socioeconomic deprivation, but several decades of research shows that racism in its various forms, including cultural and structural, is a fundamental cause and driver of ethnic differences in socioeconomic status and ethnic inequities in health.

Ethnic minorities comprise a higher proportion of essential workers in high-risk, public-facing jobs, such as retail, transport and health and social care. In London, for example, ethnic minorities represent 54% of food retail workers and 44% of transport workers.

They are also more likely to live in crowded, multigenerational households where social distancing is difficult or impossible, increasing their risk and vulnerability to infection.

The consequences are now more serious, with the UK variant B.1.1.7 being 70% more transmissible and 30% more deadly.

Any of these risk factors should be enough to put ethnic minorities high on the priority list, yet they are absent, invisible and off the agenda.

They could have been prioritised by the JCVI after the over-70s cohort, mitigating their risks and indirectly those of the whole population.

This would have also reassured the affected communities that their lives matter, as well as helping to preserve the healthcare system and accelerate the re-opening of society.

Moreover, the World Health Organisation has called on policymakers to prioritise disadvantaged minorities to prevent exacerbation of existing health inequalities.

Yes, the QCovid risk tool does take ethnicity into account. But it’s a very limited utility with regards to this.

The way the algorithm is designed is that ethnicity is one of many parameters, and won’t increase the risk score on its own.

QCovid also hasn’t considered the other high-risk factors, such as occupational risks and living conditions – risks that affect minority ethnic more than white people. This is partly due to it not having the data (and the problems of adding too many variables) but it hasn’t helped much in terms of expanding the vaccination for ethnic minority groups.

Disregarding racial factors plays into a narrative that those in positions of power are neglectful towards ethnic minorities, thereby amplifying mistrust.

Historical mistrust is due to systemic racism. Rising residential segregation across the UK and Europe, negative experiences of healthcare services, underrepresentation of ethnic minorities in clinical trials and previously unethical research on black communities have also contributed to a lack of trust.

This will have far-reaching consequences beyond the pandemic, but establishing trust is key to increasing Covid vaccine uptake among those in ethnic minority groups with low confidence in vaccine safety and efficacy.

There is still time to act, by supporting primary care and community vaccination efforts and allowing trusted professionals such as GPs to prioritise high-risk ethnic minorities at a local level.

Evidence strongly suggests that GPs are more trusted by patients due to relationships built over time, and this, combined with engaging faith leaders, community champions and trusted providers, will address vaccine hesitancy in these groups.

The UK’s policy on managing the pandemic vis-à-vis ethnic minority groups has been woefully inadequate and reveals a racial blind spot that has sadly cost many lives.

There is, however, still time to prevent a bad situation from getting worse.

Dr Mohammad S Razai is an academic clinical fellow in primary care, St George’s University of London. You can follow him on Twitter on @mohammadrazai.