Why we decided to honour our second dose appointments 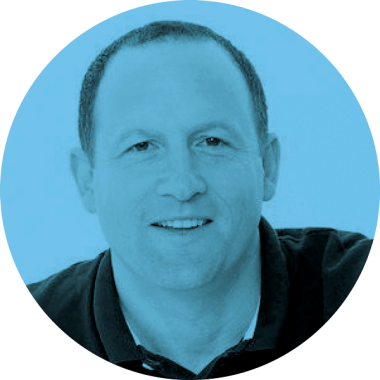 The last few weeks have been another ‘CoronaCoaster’. Cases rising, hospitals filling up, incremental tier restrictions. The UK became the first country in the world to approve the Pfizer/BioNtech vaccine on 2 December. Many were anxious that the Covid Vaccination Programme (CVP) would be handed to private providers (like Test and Trace) but after discussions with the BMA, the NHS was thankfully chosen. While many PCNs felt able to offer this extra service, many others clearly do not have the facilities or staff required, or felt that the ES was not financially viable.

There has been a huge amount of work to make the CVP happen, with GP teams frantically working the logistics of how to offer this safely, in addition to maintaining core services.

Following the priority order advised by the JCVI, we are initially vaccinating a largely elderly frail cohort, many of whom need help or pre-arranged transport to attend appointments. This age group in particular do not tend to be high users of SMS services or email, and hence were largely booked by individual phone calls. The time and effort to book 975 patients at short notice cannot be understated. Many GP teams did this over weekends and evenings, with reception and administrative teams working overtime, and the GPs taking on lists of patients to call.

The manufacturer’s advice, and the information strongly given to all those consenting to the first dose, was for a booster at 21–28 days.

On 30 December, the same day that the Oxford/AstraZeneca vaccine was approved, NHS England wrote to all GP teams asking us (from week commencing 4 January) to delay all Pfizer/BioNtech boosters until 12 weeks – essentially asking GPs to cancel thousands of patients who had been consented to and booked in for a booster at 21 days. And of course also, without directly saying so, asking us to re-book c1000 other patients in their place.

We can all understand the decision for delaying boosters to 12 weeks moving forwards, based on the MHRA position released on 31 December. It will allow the maximum number of patients to receive a vaccine as soon as possible, offering a good degree of protection to more patients more quickly. Although the trial data for Pfizer/BioNtech clearly states a 21 day booster, there is data from many other vaccines to suggest that the immune response may in fact be increased by delaying boosters in general, so there is good science behind the decision – just not the data – yet.

The BMA reviewed the situation and made this statement on 31 December, in which they recognise the distress caused to patients who are expecting their boosters at 21 days, and also the practical aspects of overstretched GP teams in delaying these – and then finding new patients to attend instead . In essence, the BMA supports any practices who decide to honour those consented and already booked for their 21 day booster.

We carefully debated what to do within our PCN, which includes four practices in total. From a patient perspective, all those vaccinated had been carefully consented and booked in for a 21 day booster. They will have all made plans for this, often involved family members or transport. Having booked, counselled and vaccinated many of them personally I can vouch that many had not been out of their homes in months, and all of them were hugely grateful and excited and grateful to be vaccinated. To cancel them would cause much distress, confusion, upset – and potentially a longstanding breakdown of trust. On a practical level, it was one of the busiest weeks of the year, with many staff on leave, several off with Covid or self isolating, and also a three-day working week.

For all these reasons, and having considered the BMA, MHRA and RCGP statements, we decided unanimously within our PCN that it was neither fair nor realistic to cancel these patients by phone at short notice and rebook 1000 more. In addition it would mean, a ‘waiting list’ and another 1,000 phone calls in around nine weeks’ time (assuming we have a reliable supply of vaccine) to recall all those cancelled. And what if the Pfizer/BioNtech vaccine is not available at that stage? Would this cohort then possibly be offered a ‘mix and match’ approach as mooted in the press – causing further upset? We have been strongly reassured that this is not the intention, and is only in the ‘Green Book’ as a failsafe.

But on balance, and after careful consideration, along with many other PCNs nationwide, we felt that it would seem only fair and correct to honour those patients who have consented to a booster at 21 days. If the expert UK advice of the MHRA, supported by the four chief medical officers, is to delay all Pfizer/BioNtech boosters to 12 weeks, off licence, for the ‘greater good of society’ moving forwards, then our future patients can and will be consented as such.

Dr Simon Hodes has worked as a GP partner in the same Watford practice since 2001, and is also a GP trainer, appraiser and LMC rep. The views expressed above are his own. His Twitter is @DrSimonHodes.

You honoured it because you have a heart and you know what is right. You’re not playing the game of roulette with invested interest, good work.

You are one of the lucky few that have not had the deliveries for the second dose cancelled then. We are not able to honour those already booked in for next week.

So we shouldn’t give the 2nd dose to all those already organised, yet they then cancel our delivery so we can’t vaccinate another 975 instead either – worst of both worlds…..Nearly 3 weeks since our first delivery, and it will be a month later before our second – yet we are meant to get everyone vaccinated in the first group by mdi Feb…..

Good for you for not abandoning good medical practice respecting the consent process and doctor patient relationship and giving the second doses.

I agree with what you have done.

Controversially, I totally agree with the position of extending the second dose to 12 weeks and I am surprised at how many GPs know more than the experts from the JCVI.

The JCVI has made a very compelling case for this. Worthwhile reading – see link here:

Thank you Stefan, that’s really useful.
I agree with you about the view of experts, but my view is the implementation should have done in a different way than the approach they chose.
The way they have gone about it puts vaccinators and PCNs at risk due to:
1. With delaying the schedules ( moreso with Pfizer) , we don’t know how long 1 dose provides protection, and this protection is likely to be reduced further with new variants rapidly becoming more prevalent.
2. Legally, it puts Vaccinators and PCNs in a vulnerable position. The JCVI provides advice only.
3. I agree with the sentiment of vaccinating as many people with the 1st dose as possible, but there is a worry that the delayed schedule (maybe less with AZ) might increase the risk of further dangerous mutations.
4. They didn’t factor in practical difficulties this poses to practices, PCNs and patients.
5. Think of how much primary care is pulled in all directions ( until recently, being told to be open for business as usual, provide urgent care, manage complex cases and seriously ill patients in the community, give vaccines at scale and pace, until recently flu vaccines, deal with psychological concerns of patients regarding the vaccine and covid etc etc) while at the same time having increased staff sickness.

i would love to get back to work – including mass vaccination and working in the field hospital. both jobs are awaiting my return.

unfortunately i am sheilding (copd/bronchiectasis), and had my first pfizer jab a month ago. my second jab was due on monday. until i get it, i shall remain at risk, and i will not, therefore, be working until i do get it.

it seems that (at least in london) some vaccines have been thrown away rather than give second jabs. this is apparently because of government policy.

if you think blind obedience to government policy will give better results than properly immunising a gp with 45 years experience…..well crack on.

good luck to the government with this.

do, please, let me know when you want me to come and help.