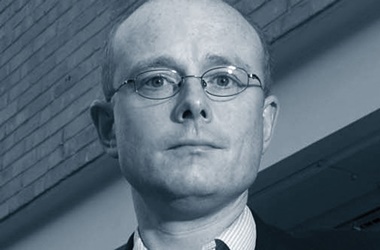 It’s not often I find myself in agreement with a retired member of the judiciary, but during a recent radio interview with Lord Sumption,  I found myself thinking the old judge was talking some sense.

He was discussing the new law (well new at the time of writing, there may be newer ones by the time this is read) regarding the six person rule.

The basis of his argument was that although there is a rise in Covid cases, this is predominantly in younger age groups who will on the whole have no symptoms or very mild symptoms of the disease.

He went on to add that older people are at increased risk from Covid, but they should be allowed to choose to self-isolate if they wish or socialise and accept the increased risk of contracting the virus.

As I say, I am not usually one to agree with an ex-Etonian, but on this occasion I do.

The Government has a duty to protect the health of the population, but this has to be balanced with the equally important principle of protecting an individual’s right to self-determination.

We are able to choose if we engage in risky behaviours that often can also endanger the lives of others: speeding, smoking, rock-climbing, deep sea diving, binge drinking, refusing routine vaccinations to name but a few.

I would argue that as Covid is looking like it is going to be with us for the long-haul, it needs to be treated in the way we treat other risky behaviours, that is educate people about the risks and let competent adults make up their own mind.

Lord Sumption highlighted in his interview the fact some older people would rather go out and meet up with friends and family and take the risk of contracting Covid, if the alternative is spending a significant part of their remaining time on this planet locked up indoors.

Remaining indoors will certainly mean an individual’s risk of Covid is virtually zero, in the same way as never travelling by motorised vehicle means you are unlikely to die in a road traffic accident.

There was, understandably, some draconian legislation drawn up hurriedly at the start of the epidemic, now it has settled (yes it has, cases might be rising, but deaths remain very few) we need to stop, rethink and rebalance.

Autonomy of the individual is as important a principle as the increasingly poorly thought through measures being forced on us in the name of protecting the many.

The things that needle me

Too much food for thought

Some sense at last but not much in evidence among medical leaders.

Absolutely correct. We are on a very slippery slope indeed and the illegality of simple daily activities is not something I ever thought I would see here.

Would this include not contacting doctors and other carers or nurses in the event they become ill- otherwise they’re putting other people at risk too .

All the risky activities listed by Dr Turner are legal, except seeing, which should not have been included.

My comment should have read ‘all the risky activities listed by Dr Turner are legal except speeding’ not ‘seeing’. I hate auto fill.