When you can’t wait 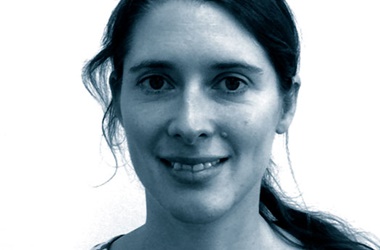 Last summer, my family and I were faced with an unexpected health problem. After months of intermittently working on a laptop at home and doing phone triage as a GP, my husband developed a pain in his neck.

So severe was the pain, that despite trying to go into his work as a GP partner, he was forced to concede he couldn’t safely work, and took a week off. He then managed to struggle through his last few days at work before our planned summer holiday.

I remember our conversations. I suggested he might be wise to attend A&E to see if he could get an MRI before our ferry to France: ‘It’s not normal, this level of pain. If you really think your hand is weak and numb, you need to have a scan’. ‘No’, he insisted, ‘it’s probably just my shoulder. There’s no way they’d scan me at this point.’

So, we caught the ferry, spent a fortnight with him lying down, and came back to the UK in much the same state. Speaking to his excellent GP on our return, an urgent MRI was requested. This came through a week or so later, followed by the report which showed spinal cord compression in his cervical spine from a massive disc bulge, requiring urgent treatment.

Knowing that, in August 2020, the NHS was struggling to manage a backlog of surgery, he decided to book a private outpatient with a spinal surgeon.

At this appointment, he was advised he vertebral fusion surgery as soon as possible, to prevent any further damage to his spine. If he didn’t have the surgery, he would be paralysed within the year, if not sooner.

Fortunately, the surgeon was operating again, after six months of not having regular lists due to Covid. My husband was put on the first list.

Alongside his private referral, he had in parallel been urgently referred to a spinal surgeon on the NHS. Eventually, the appointment came through, a full month after his operation. We don’t know what the wait for surgery would have been after that appointment.

Thankfully, his operation was successful – in that the disc was removed, the vertebrae fused, and the damage to his spinal cord stopped in its tracks. Unfortunately, the damage already done has left him with chronic pain which flares up upon minimal exertion. My once active and energetic husband is unable to carry our children, unable to mow the lawn or take out the bins (you can hear my pain), and presently unable to work as a doctor (computer work for any length of time, and sitting are particularly difficult). I have to carry anything heavier than 5 or 10kg, and am entirely responsible for any physical tasks around the house and garden.

He has lost dexterity in his hands, and is weaker, but can still cook (a passion of his), and drive (essential in our rural area). Sleep is very disturbed, and we cannot reliably drive further than an hour. We frequently cancel attending family gatherings or any planned activities, as his pain can be hard to control and cannot be predicted.

He has tried every class of painkilling medication. Turns out The Verve was right: the drugs don’t work. He’s had physio, seen a chiropractor, is having acupuncture. Regular walking calms and soothes him, but he is not one for mindfulness or Tai Chi. His mood has moved from hopefulness, to despair, to tacit acceptance. In the midst of this is the guilt and shame involved with being presently unable to work, aged 39, and looking fit.

But, how much worse this could all have been. Without timely treatment, my fit and healthy husband would certainly have been wheelchair-bound and incontinent.

We find ourselves in a scenario in the UK where millions are waiting for outpatient appointments or surgery. The problems were building before Covid, but have been dramatically accelerated. My family knew how to navigate the system, spotted the signs early, and could afford private appointments. Many will be less fortunate.

When a young father with spinal cord compression is not offered immediate or rapid treatment on the NHS, it is a clear signal the system is failing to meet even the most basic standards of care.

We simply must not turn a blind eye to the delays in the NHS. To do so, is to ignore lasting, avoidable, sometimes catastrophic, harms to millions of families like mine. Shouldn’t we demand better for our patients?

Dear Katie, that’s a shocking account of the management of a horrible condition and I wish you and your husband much succour. Thanks for bringing this to our attention.

The delays in the NHS are awful, and I am glad that the operation has been done. However, this article highlights several things which could have led to speedier input. First, the degree of pain need not corelate with the degree/severity of pathology; secondly, just “getting a scan” is part of the problem when an inadequate clinical exam means that trivia and significant pathology both get put forth for imaging with incomplete clinical details especially relating to the neurological examination findings; thirdly- just because the symptoms are in the arm do recognise that there are also lower limbs, the careful examination of which could well identify signs suggesting a cord issue (the plantars in particular, but reflex asymmetry too).

We are clinicians (in theory) and yet we give scant regard to doing a complete and purposeful clinical exam; perhaps we have forgotten or not been adequately taught its utility.
A radiologist would be quick to prioritise a scan request with details pertaining to a new ipsilateral extensor plantar in addition to the arm symptoms/signs being communicated.

We have more power than we recognise.

Ive been in a similar predicament. Free at the point of service should be about treating functional health issues. It should not be about treating snotty colds, waxy ears, vague rashes, fertility issues etc etc. The NHS needs a grown up conversation about what is actually affordable any longer

Really sorry to hear about this and I hope your husband’s pain improves.

Best wishes for recovery. Free free free, and want want want is becoming catastrophically dilute currently. Tasteless at times. And very risky and understandably careless, when the avalanche and floods are constant. Few are listening, and the round table discussions are about “more access”, and compounding the congestion with more trivia and “reassurance” medicine that just blocks the sick by the needy and demanding, whilst disempowering the GP to say no and feel safe from litigation and complaint that their decision is based in science and assessment, rather than hypothesis and delusion. GPs are no longer the gatekeeper, it is the consumer. Not a patient. A consumer. And it is unfortunate to see hospital colleagues swamped with mindless trivia too, doing MRIs on everyone and sigmoidoscopies on the bloated knowing that nothing is wrong. But they are perversely hooked on tariff payments by their managers and the sick funding state of the NHS. Do stuff and code stuff or you won’t be paid. I anticipate this is not going to get one inch better as workforces reduce as does bed capacity. What is also sad is that no doctor in the NHS is permitted a fast track through the system they work in. I don’t want to hear the rubbish that you should wait, and you don’t deserve that consideration of place and worth, and that conversation in itself is a nauseating shocker. The employer couldn’t care less if you get sick on the job. And ensure your a swift recovery. That wouldn’t happen in the army. There is no one looking out for you. Just a cheap wellbeing webinar and castration if you dare prescribe anything for a sick beleaguered colleague. They’ll just demand that you’ve organised cover to see all the patients. Paradoxically – the NHS itself is
now perhaps the most uncaring of employers, embedded in inequality, dishonesty and neglect. Again, best wishes.

Thank you for taking the time and effort to write this, I send you as much positivity and best wishes as I can