Sign inRegisterMagazine
Home Views Letters Letters: ‘We are having to work 75-hour weeks’ 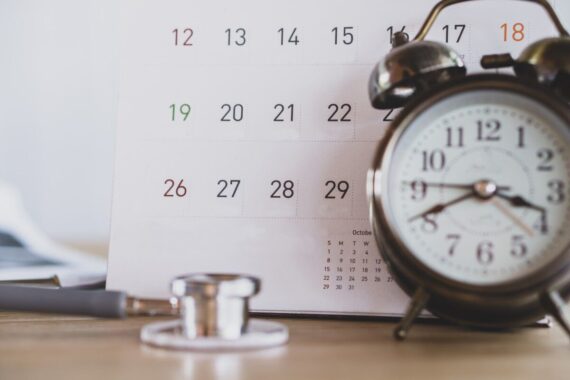 A number of readers shared their experience of full-time working following our editorial last week. Here, we share a selection of them

Having read the editor’s commentary about part time GPs and GP working hours, I thought I’d share my experience.

I started as a GP retainee in 2002 and worked four sessions per week for five years. That entailed about 22-23 hours per week (two full days of about ten hours each plus catch-up admin in my spare – and unpaid – time).

I became a partner in the same practice in 2007 and, as my children grew up, steadily increased my sessions. I have nominally worked seven sessions per week for the last five years.  My husband has been a GP partner here since 2001, and he dropped from eight sessions to seven in 2017.

As a practice, we and our partner colleagues decided seven sessions should class as full time, as this involves at best: 10-11 hour days when covering two sessions; 6-7 hours for a single session or ‘half’ day; about ten hours of additional paperwork (clinical admin, partnership admin and private reports) per week. Therefore, around 48 to 50 hours per week plus paperwork.

The pressures in general practice this year have resulted in the loss of a partner and a long-term locum, both at short notice, and the last just a week ago. In order to enable our other colleagues to have their much-needed annual leave with their families, my husband and I are now working the full ten sessions Monday to Friday (which we know from past experience of short GP staffing means 75 hour working weeks) for the next three weeks at least.  In the first three days, I’ve worked 39 hours (and that’s not including lunch or comfort breaks).

We do this to keep the practice running and our patients appropriately cared for.  It’s the morally right thing to do, and we care deeply for our community, having grown up here, so we will do it as long as we possibly can.

When the Government has successfully pushed general practice into the corporate private sector, and everyone is on the ‘BMA approved’ salaried GP contract of four hours ten minutes per session, I wonder where the GPs will come from to make up the missing time?

Our 75 hour week would be 18 sessions of ‘BMA contract’ salaried GP time – which means it would require four traditional full time GPs to do the work which we two partners are currently doing. Even when we do (hopefully) manage to recruit additional colleagues, both of us working a 50 hour week as GP partners would required three salaried GPs to replace us.

A GP partner, N Yorks, who wishes to remain anonymous

I agree with all of the editor’s comments, but as a GP partner recruited in more optimistic times, who has reduced from a full time, every working day presence for 25 years to a job share 50% presence, I have noticed some significant issues which have not been mentioned.

I work in a eight-partner practice where ten years ago all partners with a personal list had an everyday presence irrespective of weekly hours worked. Now we have no clinicians who are present every day, so continuity of care – the bedrock of traditional GP – is teetering. I no longer know the majority of my patients and work, at best, at 75% efficiency – spending at least 25% of my time (conservative estimate) dealing with unfamiliar patients or catching up on investigations which I didn’t order. This is before we even take into account my senescence or inability/ reluctance to engage in the bureaucratic necessities such a QOF or CQC, not to mention the added requirements of working in a PCN. It is all very inefficient and unsatisfactory and will eventually result in me giving up.

General practice is now primarily transactional and dominated and driven by IT. Increasing bureaucratic, legal and patient demands make ‘full-time’ commitment – as historically practised by me and many of my colleagues – completely impossible, but it is also resulting in the death of NHS general practice and its added value to our NHS system. My son, an F2, who would have loved the career which I embarked on, has recognised this independently of my views. He is leaving the NHS next month. It is possible he may not return after a very unsupported two years working as a junior doctor in the NHS.

I firmly believe now that the added value GPs could now bring to the healthcare system in this current politically driven climate is as an NHS GP providing additional private 24 hour care to patients who are able to fund this additional personal service.

In the absence of adequate government funding, there should be choice for both the patient and the professional. This model is currently against GMC rules. RCGP chair Prof Martin Marshall also finds this idea uncomfortable as clearly it is politically challenging. I have worked in many countries of the world (including India and in Africa) and the UK is the only system where ‘free health care for all’ remains an unachievable model.

Unfortunately, the Government is only prepared to fund an overregulated and underperforming Fiat, whereas some patients and their doctors would like to receive/provide a performance Ferrari. It is important for the policy-makers to realise that these two marques are produced by the same parent company and are not mutually exclusive.

I read the editor’s blog on the ‘part time fallacy’ with interest.  I too found the Sunday Times article reasonably well balanced, if perhaps ‘old news’ (it’s not been feasible to work full time in general practice for years!).

But what struck me in particular was the lack of any reference to the lamentable failure of the Treasury to address punitive pension tax charges on artificial pension growth that GPs will never benefit from.

I’ve written to the Sunday Times to point this out as I think it’s important that their readers understand that – as well as the truly challenging systemic pressures leading to excessive workload -there are also much more easily reversible issues preventing GPs from remaining in patient-facing roles.

It’s extraordinarily silly that an issue with pensions that the Treasury have known about for years is still forcing GPs to reduce their clinical commitments at the worst possible time and I was pleased to read the recent health select Committee report’s description of this issue as a ‘national scandal’.

The public need to be aware that until the Treasury corrects this issue or at least puts temporary measures in place to break the unfair link between pension growth and CPI the issue of reducing patient facing hours is only going to get worse.

TBH, you all probably signed up to an inert PCN banner that has effectively nullified your reason of being. You moulded into their plan, you’re going to be directed worse than sheep in a pen. You know where sheep go afterward right? And you probably fit coils, love taking over shared care protocols out of your competence, run evening yoga classes out of winning some RCGP award, do ECGs and blood tests heroically and ear syringe and act as an urgent care centre for the gold medal award and countless other DES and LES with little self-respect or ability to say no. You’re probably doing the dentists work too right? And loving being a part-time pharmacist? Hugging the public will get you nowhere in the future years on this planet earth, the world is new, the institutes have reformed and you’re thinking the same old, under a matrix of control, mostly at your doing. You can choose. Most now practice out of fear of standing out, sleep walking opt-ins and yes, I’ll do it because I’m a GP. Perhaps there’s a love for more specifications that mean nothing to you, filling in paperwork and more dollar to be taxed on. They know your easy fodder, easy cattle and shackled out of fear. Keep working the extra hours, winter draws nearer. Thumbs up.
Nailed your own teams to the wall.