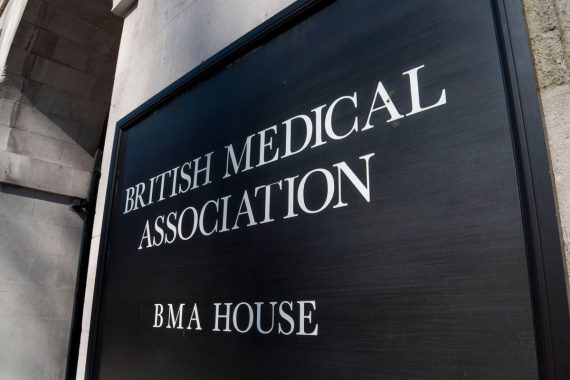 I’m afraid l am resigning with immediate effect from my position as GPC representative for East/West Sussex; I also wish to resign my membership of the BMA.

I’ve been on GPC England for less than four months, but over this time I have found myself utterly frustrated, and sometimes in despair of what I have witnessed in this privileged role that I hold of representing constituents.

The GPC is, I believe, without strategy and direction. The communication internally and externally chaotic, and accountability and transparency feel almost non-existent. I appreciate you and your executive team members are very new in post, but I believe that a lot of resistance to change that I have tried hard to influence, comes from the wider organisation itself.

I do believe I have tried: I put myself forward for the executive positions (and would have done so for chair were it not for my pregnancy); I’ve offered myself up for a vacant policy lead position; I’ve given my feedback on how the committee can be more effective; I’ve proposed motions in two out of the four meetings I’ve attended.

I have witnessed everything from democratic processes, appointments, through to events and even the smooth running of committee meetings being blighted by shoddy governance. Time after time I have raised valid points, and seen others do the same, and have had absolutely no response. I feel there is nowhere else to raise such issues other than the vacuous listserver, as there is no formal process for learning events nor suggestions for improvement. The only process which seems clear to me is the BMA resolution process for complaints about breaches to the Code of Conduct, for which I have now been referred to twice in these few months.

I believe this resolution process has been weaponised as a way of avoiding accountability or improving through learning, and to stifle debate and discourage dissent. I am aware that the BMA commissioned an independent report to review the resolution process several years ago from Orla Tierney QC, but this report, nor its findings are public. This therefore does not feel to me like an organisation that’s willing to address its culture, and that is particularly disappointing to see in the wake of the Romney report.

I have not felt welcome on the committee since I first joined. I remember on the morning of the GPC England meeting I was called on the telephone to be persuaded to drop a motion from the debate, and then that conversation was misrepresented to the committee. Since then, I feel that opinions I represent have been ignored, and that my suggestions to improve our ways of working are viewed as a distraction. I have even been asked not to post any more about a certain topic on the listserver.

I also can’t overlook the fact that I proposed the motion about industrial action several months ago, and a satisfactory update on progress has not been provided to my constituents. The silence is deafening, and in the current climate where there is a lack of trust between GPC England and LMCs/GPs, constituents fill the gap and assume this has been kicked into the long grass. They assume this is either because GPC England doesn’t want IA, or that the wider organisation doesn’t.

I can’t legitimately remain a voting member of a committee that has not progressed the motion I proposed beyond publicising results of the indicative ballot last year and hasn’t given a clear reason as to why.

In summary, I feel my position on the committee is untenable; I no longer wish to be associated with it, having tried hard to make it a better governed, transparent, and accountable organisation, and I simply don’t believe it adequately performs a representative function for my constituents. I believe I am being pushed out of the organisation, and one must question whether the organisation has made any significant improvements since the Romney Report was published which found women were ‘ignored, undervalued, and patronised’. Having experienced how the BMA has treated me, and having heard how it has treated colleagues, it seems the BMA is no place for a woman who wishes to speak her mind.

I have shared this letter with my constituents and my committee colleagues on GPC England. I would encourage my GPC England colleagues to consider whether GPC England is – and can – adequately represent their constituent’s views, and if not, to follow me out of the door; there are other options.

I would ask my constituents to consider whether the BMA is serving their interests, and whether it bodes well that two elected representatives have stepped down in quick succession.

When GPs continue to realise that everything they stand by – is not held equally by the authorities, and institutes, but perversely is the opposite from transparency, equality, consent, candour, support, safety and effectiveness – then all this sleep-walking and inert sweet nothings may end.

Cancelled membership last night when I read what happened.

IMO, only an avalanche of BMA membership resignations would elicit any tangible response from BMA. Deprive them of their finances.

One only has to look at the new GPC executive in England to predict what was likely to happen in terms of IA. NHS England must have been rubbing their hands with glee when they saw who they were up against.

Anyone new in there with high level negotiating experience?