We deserve more thanks than this dearth of Covid funding 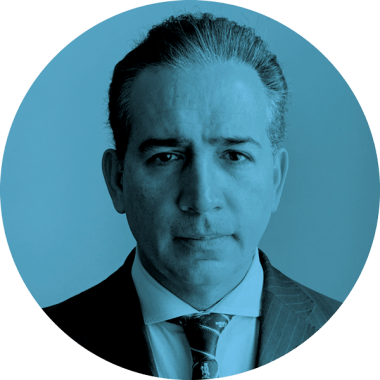 On 23 March, the country went into lockdown to prevent the spread of Covid-19. GPs had already anticipated the lockdown, spending the previous weekend making physical changes to their premises. There are even reports of GP taking up tools to modify their premises and having tradesmen in over the weekend.

Some practices made new doorways to facilitate one-way traffic, while patient ‘drop off’ zones were created. In some cases, fences were taken down to create new and safe openings into the premises, new hatches for exchange of paperwork were created, while delivery of samples were made in windows and doors. Perspex sheets were ordered and installed. Posters were printed, signs were made, laminators worked overtime to laminate information guides for patients. PPE, disinfectant and hand gel were bought, sometimes at extortionate prices.

Staff rotas were drawn up, involving staff working longer hours. Again, practices absorbed all the extra expense. New distanced workstations were created with a sanitisation protocol, with the extra costs in time funded by practices individually.

All patients received their medication, and we changed overnight to electronically prescribe the medication needed so that there would be seamless continuity.

Patients had their referrals rejected, leaving GPs to explain why, creating a tsunami of work.

‘Essential meeting’ increased, including those with the CCG to ensure cover for care homes and vulnerable groups. GPs gave up break times, and time with families was sacrificed as colleagues met after working hours to the point where there seemed not a spare minute.

Many GPs had inferior and substandard IT, incapable of video consultations. Individual practices had to do some creative IT procurement. Practices bought screens for video consultations, laptops were bought for remote working by individual GPs. PCN leads were having to hand deliver IT. Headsets were bought by practices. Intercoms were installed and, in some cases, two-way CCTV.

Where this wasn’t possible, as a contingency, GPs took to buying additional mobile phones capable of face to face consultations. WhatsApp was officially endorsed as a method of video consultations where IT infrastructure was lacking.

Then came frustrations around getting new laptops online, as system software providers were saturated by calls. Practices had to ask why IT was not up to spec and why they did not have the remote capability before Covid.

Even now, we operate from Windows 7 computers that simply don’t have the memory to run clinical systems, email and total triage model protocols and flowcharts concurrently.

When NHS England called upon GPs to open over the Friday and Monday Easter Bank Holiday and the first May Bank Holiday during the first Covid peak, practices did so dutifully, while all patients were texted to reassure that their GP was open to treat any illness over the Bank Holidays.

No patient has been turned away from primary care, even when secondary care was stopping elective work as every effort was put into caring for acutely unwell Covid patients.

The self-sacrificing dedication shown by GPs through the crisis has been second to none. Every aspect of the response above has come at a cost to GPs and their family life, some having paid the ultimate price.

Yet despite all this, we in Waltham Forest have received no relief funding to date. And commissioners have yet to deploy funding to many grassroots GPs. Is this really how primary care in the front line should be thanked?

Perhaps this Thursday, all GPs should stand outside centres of bureaucracy and do a ‘slow clap’ for those who seek to put hurdles in the way of those healthcare workers who deserve support but don’t get it. Practices that deserve their allocated funding but get unnecessary bureaucracy instead.

Dr Sanjoy Kumar is a GP partner in Waltham Forest

(Not quite) reaping what they have sown

Sorry to hear about the lack of funding. We need more people calling this out in articles like this.

Yes there is a real issue when it comes to the lack of funding for general practice. Unfortunately there is huge antipathy towards GPs. There is such a contrast between the huge amounts of money that the govt have thrown at PPE contracts (some of which are dodgy to say the least and have been given to cronies) and ineffective test and trace systems and yet expect GPs to manage the largest vaccination programme in history (with “business as usual” going on) with hardly any crumbs. The fact that we as a profession are unable to challenge this and call it out is very disappointing and does not bode well.

The antipathy to GPs is not going to go away so can we just have the money please!

unsurprisingly most GPs do not clamor for election contests to try to be elected to CCGs… most would rather get on with treatng patients. PCT/CCG/PCNs tend to struggle to get enough intrested in putting themseves forward, so “replace your cliical CCG leadership” with what ? More of teh non-clinical executative officers who are actually beholden to NHSE and not the local GPs ?