Sign inRegisterMagazine
Home Views Workload Did it hurt? Well yes, it really rather did!

Did it hurt? Well yes, it really rather did! 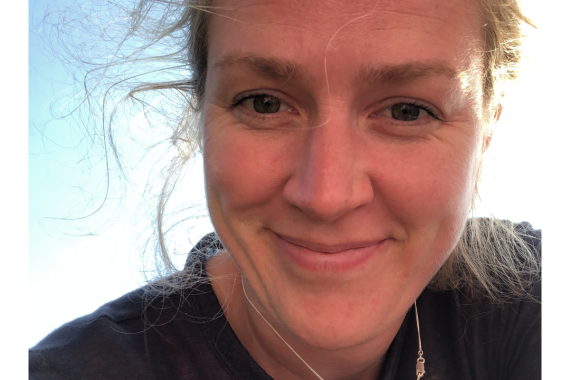 Watching ‘This is Going to Hurt‘ really rather did. To my mind, it was a brilliantly observed and performed piece of art. I’ve never before seen such an accurate depiction of the experience of being a junior doctor on screen.

Somehow, the show perfectly captured the absolute paradoxical nature of working in the NHS – the dedication of the clinicians grappling to deliver a good service for their patients, pitted against the systemic, hierarchical and historical barriers to achieving this aspiration.

It beautifully depicted the anguish of its young protagonists as they struggled to keep their heads above water. We watched as the careers of these young people impacted every part of their lives – as they suffocated under the sheer volume of work, as they were squeezed by the expectations placed on them by family, themselves and the health service, and as their lives outside work failed to be important enough to tussle their attention away from their all-consuming doctoring.

My mind reacted certainly, but the biggest reaction came from my body, which absolutely had something to say about this televisual experience and mounted a full-on visceral response. Watching ‘This is Going to Hurt’ ignited memories long pushed down and filed away in my trauma files.

I felt a fiery anxiousness flood my whole being, my heart pounded in my chest, and I dug my nails into my own face as my discomfort escalated as the traumatic events unfolded. I watched the programme with my husband, who is also a medic, and as we sat together, we shared stories and memories skillfully exhumed by the triggers littered throughout the show.

It got me thinking about the collective unprocessed trauma of medics. How many of us were regularly placed in situations where we felt ‘lucky’ that nothing had gone wrong? I can certainly recall numerous situations where I had left my comfort zone and it was so far behind me that it was no longer visible on the horizon.

One particular night shift comes to mind, when, having exhausted my knowledge and skills managing a critically ill patient, I rang my registrar for help, only to find that he wouldn’t be coming because he was already saving a life elsewhere in the hospital, unable to leave, and I was alone.

The fearful realisation that there was no help coming remains with me and the distress that my patient’s life was truly in my hands that day, and that my best was all that I had to offer. The fear and nausea rise too when I recall resuscitating a newborn as an SHO.

I was first on the scene, willing the registrar to appear genie-like and take over. I thank the heavens that that little one survived. What is the impact of this kind of working environment? It seems unbelievable now, looking back, that no formal debriefing or wellbeing support existed in any job I’ve ever worked in. How many unprocessed events are waiting in the wings, relivable at a moment’s notice primed to floor us?

We need to talk about Shruti. Shruti’s death is a sucker punch, and yet it shouldn’t have been. Ambika Mod plays her beautifully.

I felt her desperation, her desire to please her parents, her distress at the overwhelming reality of the day job, her relief to find intermittent solidarity from Adam, her hopeful naivety for true support from Miss Houghton, and her increasingly unmanageable overload as she studied for her professional exams whilst holding down a more-than full time job.

There was a well-executed crescendo of events as we, the audience, were flung towards the inevitable and yet when Shruti’s suicide was revealed, I was still horrified.

Painfully, this depiction echoes real life, where suicide rates amongst female medics are estimated to be 2.5-4 times greater than those within the general population.

We also know that doctors being investigated, like Adam by the GMC, have higher rates of suicide. Again, this show brilliantly depicts the interaction between Adam and Mr Lockhart, the ‘we’re all in this together mentality until we’re not’ and the isolating reality of dealing with complaints and disciplinary procedures for doctors in the NHS.

The weariness of the overstretched staff, the fear of making a potential life-changing mistake, the outdated medical hierarchy, the bosses we all recognise too readily and the unremitting emotional overwhelm all took me immediately back to my younger self where my delight at becoming a doctor was quickly tempered by reality.

My hospital time, which started almost 20 years ago, was short-lived, and, watching this, I reflected that the culture in hospitals was likely the driving force for me choosing general practice as a career. It was a long time ago, but my memories of those days are etched on my soul. I hope that things are different now.

For me, this programme provided a stark reminder, once again, of the need for care in healthcare to extend beyond our patients and unequivocally encompass clinicians. We need to care for those who care.

Well said. Great, but painful viewing. I did VTS 1993 to 1996 and was fairly well protected from the true horrors but watching Adam Kay’s series made me consider whether I had a mild form of PTSD. Was pleased to then see the back of Hospitals and enter GP land. It would be interesting to hear how others feel of different eras as no idea if it is better or worse now.

Before Adam Kay there was Jed Mercurio with Cardiac Arrest, which summed up my working life at the time.

Why bother?
Being a ‘medic’ in the NHS became a self chosen and delusional path to despair many years ago.

I think the GMC will accept 7 hours of CPD related to viewing and reflection. Racism, bullying, cover-up, hierachy, neglect, patient abuse, back stabbing, manipulation, scapegoating, demoralisation and setting you up to fail. It had it all. Golden handshake.

Funny how none of these were an OSCE station, or MCQ. “You have 8 minutes: Please enter the station: you are at a GMC tribunal, please survive the open and closed questioning coming your way. There is a sick bowl and toilet paper if deemed necessary”.

Cardiac Arrest – original and the best