Building a Better General Practice: What is the purpose of general practice? 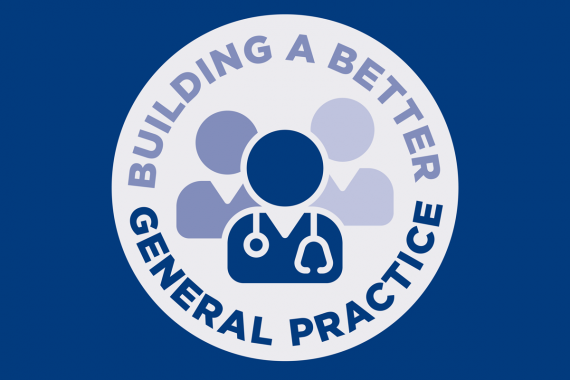 We convened a group of 12 GPs, ranging in experience, to launch the new ‘Building a Better General Practice’ campaign.  In the first session, we discussed what is the purpose of general practice. The session produced a list of statements, that we are asking our readers to agree or disagree with. Ths survey is now closed, but there will be other surveys in the coming weeks.

What is the campaign?

For too long, it has been other people deciding what GPs are best placed to do, or what patients want and need from general practice. This has often been a hostile media, or politicians with populist policies. As a result, GPs are often left on the back foot, having to explain why they can’t take on any more work.

This approach does not seem to have worked. GPs are still being made scapegoats, and are still facing huge increases in workload.

So we at Pulse have decided to set up a new campaign to promote a positive vision of general practice, based on what GPs are genuinely best placed to do to best support their patients.

We are going to design a new system of general practice, where the only parameter is the ratio of GPs to patients (which is around 1,400 patients per headcount GP).

Funding would be limitless; this is within the power of policymakers to change immediately, whereas the number of GPs in the system, or the number of patients in the UK, is not.

To achieve this, we have convened a panel of GP experts to discuss various aspects of general practice and produce a list of statements, that we are asking readers to agree or disagree with.

The first discussion was to determine what makes a GP, what is their role, what are the skills that are unique to them, and what is the role of general practice. Below is a summary of this discussion.

The contract currently says the GP’s role is ‘to see those who are ill or believe themselves to be ill’. Although that is a good starting point, with limited resources, the role needs to be defined further.

The group broadly agreed that the essence of a GP’s role is:

The biggest theme throughout the session was whether both scheduled and unscheduled care – ie, an urgent need to receive medical attention on the day as defined by the patient – are intrinsic parts of a GP’s role.

Many of the current problems for GPs today come from providing both scheduled and unscheduled care at a time when demand is high and there are numerous pressures on GPs’ time.

There were suggestions that unplanned care could be commissioned separately, or that unscheduled care could become a subspecialty of general practice.

In a similar vein, even disregarding the workload issues, there were suggestions that out-of-hours care should never be an intrinsic part of a GP’s role: if someone is so sick as to be in need of having to receive medical attention after 10pm, say, by definition a GP is not the right person to see them.

But equally, seeing if a child with a temperature needs to go to hospital on the day, is ‘bread and butter’ for a GP.

As it stands, GPs are very good at providing scheduled care, and at providing unscheduled care – a ‘victim of our own success’.  But, starting from scratch, with patient demand and expectations as they currently are, should they both be part of general practice?

Managers of a MDT

There was talk about whether a GP’s role should, in a perfect system, be as the head of a multidisciplinary team, without necessarily providing the care themselves.

One way to think of this is GPs being a consultant in family medicine.

But much of this would depend on GPs choosing their own MDTs. Currently, in England for example, NHS England determines many of the additional roles that PCNs can employ with funding support.

There is a principle that any job should be done by the person least qualified to do it. GPs currently do a lot of work that can be done by other, less qualified, members of the team.

Chronic disease management was a major theme coming through – whether this should be a part of a GPs’ role (as opposed to a general practice team role).  At a rough estimate, 80% of work is chronic disease management that could be provided elsewhere – could this be delivered by allied healthcare professionals? Could GPs play the role of a consultant in family medicine for these patients, intervening only when necessary?

There is a tendency to aspire towards ‘excellence’ by those setting the standards in general practice. However, should aspiring towards ‘excellence’ be part of a GP’s role? Or should it be providing competent and adequate primary care? An 80% level of quality might be better for patient care than aspiring towards 99%, with its diminishing returns.

There is a generational aspect to this, with older GPs and patients tending to value it higher.

But there is nuance in this debate too – continuity doesn’t necessarily mean a patient having to see the same GP every time.

Or is continuity of care pointless, and has been preventing general practice from adopting more important elements of providing good care, such as in advances in behavioural sciences?

Should the GP’s role involve prevention and promotion of good health, or should it be a purely reactive role? So much of a GP’s work is involved in the likes of screening, health checks, even vaccinations, but this might the right use of a GP’s skills.

But it might be that this sits best in general practice, just not by the GP themselves.

An underestimated part of a GP’s role is to protecting patients from overmedicalisation, and protecting secondary care from being overburdened by patients – a dual gatekeeper role.

A GP’s ability to diagnose normality and tolerate uncertainty and manage clinical risk is absolutely fundamental, and is not done by any other professional. Without this aspect of a GP’s role, any health service would implode (although the proliferation of other healthcare roles taking on these responsibilities is already leading to this happening, it could be argued.)

From this discussion the panel agreed on a set of statements, some of which are contradictory to one another. We will be publishing the results of our surveys on these statements shortly.

Our panel in full