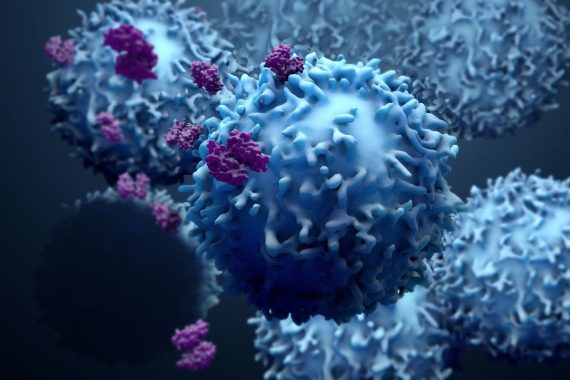 The BMA has said it was given just ‘days’ notice of a major cancer drive, and urged NHS England to give ‘decent notice’ of its campaigns in future.

The GP Committee warned that the campaign will bring ‘increased workload’ to GP practices at a time they are ‘already saturated’, in a notice shared by Cleveland LMC.

But an NHS England spokesperson told Pulse that GPs were ‘fully engaged’ in the campaign’s planning process and that the BMA had been ‘supportive’ of the plans.

The NHS England cancer campaign, which launched last week and will run until the end of March, aims to encourage early diagnosis by ‘tackling the fear of cancer rather than specific symptoms’.

A GP bulletin published by Cleveland LMC the day before the launch said: ‘The campaign will suggest patients see their GP with early, non-specific symptoms that could be related to cancer and not to delay.

‘It will include TV, print media and social media elements, aimed at everyone over 50, especially in BAME groups and the socially deprived.’

It added: ‘GPC was not informed about this campaign until a few days ago and, once aware, highlighted the potential increased workload at a time when we are already saturated, [have] resource issues, and other unintended consequences.

‘GPC has asked that in future we be informed ahead of time and that GPs be given decent notice so as to be at least aware of such campaigns that will drive patients towards their doors.’

BMA England GP committee executive officer Dr Richard Van Mellaerts told Pulse that it is ‘vital’ GPs are ‘part of these discussions’ and that they need ‘support’ and ‘sufficient resource’ from NHS England to manage increased demand.

He said: ‘GPs understand and support the importance of this campaign, which encourages patients – who may have delayed due to the pandemic – to now come forward for help with urgent health needs.

‘The pandemic has meant the build-up of a big backlog of care in general practice, and many patients may not have approached their practice during this time.’

But he added: ‘General practice needs support from NHS England to see and treat the patients who need care the most and to provide sufficient resource to manage increased demand, and it is vital that GPs are part of these discussions.’

An NHS England spokesperson said: ‘GPs were fully engaged in the campaign planning process and the BMA were supportive when they were given advance notice so it is disappointing that these concerns have not been raised with the NHS directly.

‘This new, first-of-its-kind NHS campaign aimed at saving thousands of lives by encouraging early presentation of symptoms has rightly been welcomed and supported by staff, cancer patients and charities.

Meanwhile, Cleveland LMC’s bulletin said that practices ‘may wish to prepare [their] administration, triage and PCN ARRS teams with links and documentation to cancer detection support/advice’.

It comes as a major Pulse survey last week revealed that GPs are seeing a significant increase in breaches of the two-week wait cancer referral times, as well as the number of referrals being rejected or bounced back.

And last month, the Government suggested that patients who think they may have cancer could be given the option to self-refer for investigation without the need for a GP referral.

Also last month, researchers said that GPs can feel ‘reassured’ that they do not need to refer women with breast pain alone for cancer investigation.

Meanwhile, NHS England data revealed in January that GPs had made record numbers of urgent cancer referrals in November.

Announced on 1 March ahead of its launch the following day, NHS England said the campaign is the ‘first to focus on tackling the fear of cancer rather than specific symptoms’.

It aims to take a ‘radically different approach to detecting cancer early for patients’ and will run across TV, radio and social media.

NHS chief executive Amanda Pritchard said it is ‘important for people to try to set their mind at ease if they have worrying symptoms by getting checked without delay’.

It comes as ‘fewer people than expected’ came forward for cancer checks during the pandemic, according to NHS cancer director Dame Cally Palmer.

NHS England is encouraging people to contact their GP practice if they experience any of the below symptoms:

It is also encouraging people to contact their GP if they experience any of the following for ‘three weeks or more’:

We need to pull our finger out over cancer diagnosis. Or stick it in

Meanwhile investigations, consultations and operations are under terrible strain in secondary care. This deluge of worried well will swell the existing GP resources and further increase the bottleneck into secondary care.

Or they could self refer via an App. But no – you wouldn’t dare do that. Go on – do it.

No worries, put anything that meets a 2 week criteria straight in. That will reverse the decision I am sure. Seems a fair bit of gaslighting by NHSE at present. Taking lessons from the Johnson playbook.

not a proiblem !
refer the lot, explain to the punters who are not worried – the vast majority – that THE GOVERNMENT has told you to stop dealing with THEIR routine problems for a few weeks because it’s “having a blitz on cancer”. when they say “but i might have cancer too” refer them as well !
make sure you put in the referral letter that the reason the great shiny buildings are being bombarded is because you are being prevented from doing your normal work, and you therefore cannot do that set of bloods, cxr, scan etc in the interest of getting the patient seen sooner !

When will the BMA grasp that NHS England couldn’t give a monkey’s about their opinion? Not consulted on this or the PCN OOH requirements or any of the wider issues facing the profession.