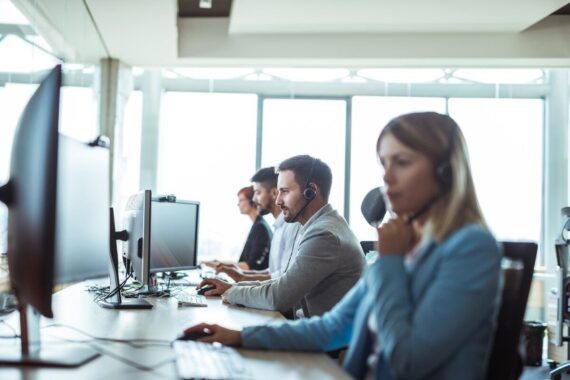 Capita has secured a three-year extension with NHS England to deliver primary care support services until 2025, the company announced today.

The contract extension, running until 31 August 2025 and worth £94m, will allow the company to continue to fulfil the Primary Care Support England (PSCE) contract.

Capita told Pulse on background that while it won a contract with NHSEI in 2015 to run PCSE, this was only guaranteed for seven years.

NHSEI put a ten year timescale on that contractual change in which PCSE would be run outside of the NHS.

The contract Capita won was for a seven-year term, to end in 2022, with the option for NHSEI to extend it to the full ten years.

Capita told Pulse that as NHSEI was happy with the service provided, the contract has been extended for the remaining three years.

NHS England did not respond to a request for comment.

Capita’s CEO Al Murray said: ‘The extension of our contract with NHSEI reflects our focus and commitment to continuing to improve and deliver for the organisation, as for all our clients and customers.

‘We are proud to have introduced a number of significant digital capabilities which have helped make the services we deliver for England’s primary care practitioners more efficient.

‘This renewal reflects our ability to retain and continue to work with important clients and partners by successfully delivering for them.’

BMA pensions committee deputy chair Dr Krishan Aggarwal said: ‘Over the course of its contract Capita, which delivers the Primary Care Support England (PCSE) function on behalf of NHSEI, has presided over a litany of failures.

‘These include those around medical records, practice payments, pensions administration, maintaining the Perfomers List and communications with patients – not least when more than 40,000 women did not receive important information around cervical screening. All of these can have an impact on patient safety, GP workload and GP finances.’

He said: ‘The BMA has repeatedly raised these concerns, resulting in progress in some areas. However, there are still widespread issues, with GPs and practices not receiving the standard of service they expect.’

Dr Aggarwal also said: ‘With thousands of GPs’ pension records missing data, the handling of pensions administration nearly seven years on from Capita winning the contract continues to be appalling, with GPs unable to access accurate information about their pensions records.

‘This can have a significant impact on their wellbeing and their financial planning, which can also result in them being hit with exorbitant tax charges. These failings led to NHS BSA reporting NHS England to the Pensions Regulator and it is therefore astonishing and extremely disappointing that NHSEI continues to subcontract this part of the PSCE contract via Capita.’

He added: ‘Given this contract has been renewed for a further three years, it is essential that Capita urgently fixes its systems and ensures that accurate timely information is made available to GPs and their practices. Capita must make addressing these outstanding issues its priority and the BMA will continue to hold it to account if it fails to do so.’

PCSE services had been under review in March amid GP pension ‘administration issues’, after a minister acknowledged there were almost 20,000 GP pension errors.

In February, Capita admitted that GPs starting retirement were seeing delays with the processing of their pensions.

A new PCSE ‘escalation process’ is currently being trialled by LMCs across England for GP queries that are urgent or have not been resolved within 40 days.

Reply
Unsuitable or offensive? Report this comment
Not on your Nelly 7 June, 2022 3:46 pm

Always reward failure. if they were a doctor, they would have been struck off by now.

How? Only if questionable competence, delay, obfuscation are what NHSE regards as good service. In all our dealings with Capita to date, we have always had to raise a series of complaints before a half-hearted partial resolution results often having to repeat the same process for the same issue a few weeks later. In fact our finance manager spends most of her time working for us chasing up and rectifying Capita errors and we are a small organisation. Some may say NHSE signing off on an extension is emblematic of the utter disdain they have for us …

Reply
Unsuitable or offensive? Report this comment
Not on your Nelly 7 June, 2022 3:46 pm

if they were BAME of course. otherwise, they would be exonerated with full colours.

My pension has not been paid since october 2021 over 8 months now with no income. I and my practice finance manager have written repeatedly and we get NOWHERE. This is totally unacceptable but we seem to have no influence or abiltity to engage them and get the matter sorted. Does anyone have any suggestions?

Wow. Beyond belief. Have they got the ferry contract too??

Oh cr*p!
Cr*pita once again 😈😳🤣
But are you surprised from this government and NHSE/I?
Well , it feels exactly like our ‘invincible’ prime minister just, only just ,survived a vote of confidence within his party .
Well , let’s see how this egregious story will pan out🤨

No Surprise there.
They’ll probably be asked to head up the new Ministry of Integrity next week after a completely coincidental round of doubles tennis and lunch with BJ and Sajid.
Cr*pita’s CEO is called Al Murray…. If only he was the Al Murray we know 🙂

Unbelievable! My pension statement has not been updated since March 2018! I had to complain to get an update from 2015. And now no response even to complaints.
Not fit for purpose and no sign of it improving…

How could they possibly justify this …They couldnt be more incompetent if they tried !
It seems for sure there is an agenda to cause as much grief to NHS staff for as long as possible so we either quit working altogether /retire early or work for a non NHS organisation.

Well I haven’t had an even nearly accurate TRS statement since 2015.
This year I have just reviewed my 70 odd emails, dozens of CAS numbers and multiple complaints .
They are about as bad as a service can possibly get. I have never dealt with an organisation as incompetent and obstructive in all my years in the nhs.

How could this be awarded through proper procurement procedures?
Was there no other submissions?
Surely there must be at least three before the contract can be awarded at all to anyone?