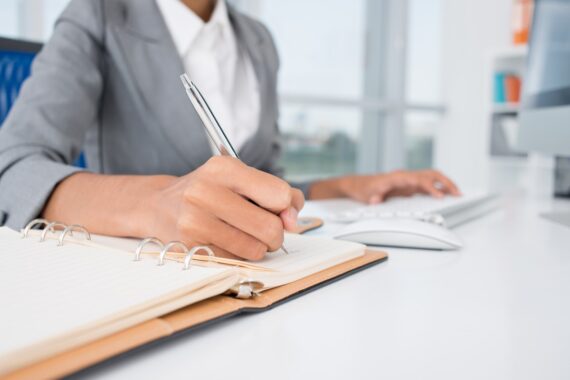 NHS England is reviewing Primary Care Support England (PCSE) services ahead of ‘potential procurement processes’ when its contract ends in 2025.

In a parliamentary written question and answer, health minister Edward Argar admitted that there have been ‘issues relating to the administration of GP pension records’.

He said that there are currently 19,681 GP pension records ‘in error’, according to the NHS Business Services Authority (NHS BSA).

Shadow health minister Feryal Clark had asked what ‘assessment’ the Department of Health and Social Care (DHSC) has made of the ‘effectiveness of the delivery of the GP pension scheme administration by PCSE against its key performance indicators, as set out by NHS England’.

In response, Mr Argar said that the DHSC ‘has not made a specific assessment’ of PCSE’s performance.

However, he added that NHS England has a ‘monthly governance board in place to monitor and assure the delivery of PCSE’s service, which includes an assessment of quality and performance indicators’.

He said: ‘Whilst PCSE is reliant on GP practices submitting information promptly, there have been issues relating to the administration of GP pension records.

‘The NHS BSA advises that there are currently 19,681 pension records in error, of which 7,127 refer to leaver information and 12,554 relate to a year-end update. These errors could relate to any employment on the member’s record and may not be related to their GP posts.’

Mr Argar added that there are ‘currently 34,662 GP pension records that have at least one GP post awaiting a 2020/21 year-end update’.

He said this could be for ‘several reasons’, such as ‘GPs not having submitted their annual figures, PCSE being unable to process updates due to previous missing years or updates not submitted’ to the NHS BSA

The written statement also revealed that NHS England is ‘considering the future requirements and configuration of the PCSE’s services ahead of potential procurement processes’ when its contract ends in 2025.

It said: ‘No assessment has been made on the potential merits of moving the pensions administration service to the NHS Business Services Authority.

‘NHS England and NHS Improvement are considering the future requirements and configuration of the PCSE’s services ahead of potential procurement processes at the end of the current contract in 2025.’

A spokesperson for Capita – which runs PCSE – told Pulse that it ‘[continues] to work with GPs to address any errors and ensure their pensions information is up to date and accurate’.

They added: ‘The GP pensions and payments service through PCSE online provides GPs and non-GP partners with greater convenience, more transparency and security when it comes to their pension contributions data.

‘Since the service launched in June 2021, we have seen users become more engaged with their pensions and we are pleased that over 29,000 submitted their end of year certificates by the 2022 deadline.’

It comes as the BMA has advised GPs to submit ‘nominal’ pension tax compensation claims by the end of the month if they are still awaiting information needed to make the claim.

GPs were last month told they could submit ‘late applications’ to PCSE to claim compensation against the pension annual allowance tax charge for 2019/20 if they could not meet the initial deadline of 11 February ‘through no fault of their own’.

However, they still need to submit their claim to the NHS BSA by a ‘hard deadline’ of 31 March, the BMA said.

In a recent GP Committee bulletin, it said: ‘The Scheme Pays application needs to be in with NHS BSA by the hard deadline of 31 March 2022.

‘Late applications will not be accepted, where you have still have not received your information we advise submitting an application with a nominal amount which can be amended at a later date, again another window will open for this if your [annual allowance] position changes after McCloud.’

GP accountants previously warned that GPs in England could miss out on compensation worth ‘thousands of pounds’ for pension tax charges because they are not yet able to make a claim and called for the deadline to be extended.

Under the special arrangement, members of the NHS pension scheme can elect for the scheme to pay the tax charge on their behalf and are then compensated for the effect of the deduction on their pension income when they retire.

Note: This article was updated at 15.15 on 29 March to reflect that PCSE may not have directly caused all pension record errors as it is also reliant on accurate reporting by GP practices. PCSE did not provide a breakdown of the data.

34662 out of how many? There cannot really be many that are done surely. The latest figure is 42295 headcount.

“He said this could be for ‘several reasons’, such as ‘GPs not having submitted their annual figures, PCSE being unable to process updates due to previous missing years or updates not submitted’ to the NHS BSA”
– So DHSC hasn’t looked, yet knows enough to essentially blame GPs for Capita’s incompetence. I’ve years’ worth of hard copy which shows how PCSE lost my submissions, didn’t update my records for five years, incorrectly recorded pension contributions, put up a dysfunctional end of year e-form… the experiences of 1,000s of us.
Still DHSC don’t care to look.

Begs the question what Simon Stevens actually meant when he promised “to hold Capita’s feet to the fire” in 2017. I think he was just fetching their slippers.

The new PCSE will be called PCES. If will be an enhanced show.

They stopped paying my pension in october last year and despite endlessly contacting them no resumption yet. Disgraceful

I retired end of July last year still no pension. Unable to submit my annual pension figures as cannot get access.

For a number of years most GPs have paid accountants out of their own pockets to accurately fill in pension declaration forms. So despite us funding 90% of the donkey work this bunch of muppets still fail to do the job they are paid to do. Anywhere but the public services they would have been dumped years ago. I often wonder how much of GP’s pension money is washing around in Capitas accounts rather than the NHS pension agency and how much interest that is worth?

PCSE administer collection of the pension money from GPs and locums. Payment of the pension is the NHS pension agency who are a different organisation. This can be part of the problem as one blames the other for problems. They are both understaffed but in problems I have had it is the PCSE communication to pensions that seems deficient. Back to my comment about what is happening to that money in the interim?

Any other profession which pays significant amounts to its representative bodies would be taking legal action against PCSE. I wonder what these so called NHSE governance board meetings that monitor PCSE on performance and quality involve. How are they holding them to account? But then NHSE are not a friend to GPs.
NHSE are quick to impose regulations and “contracts” on GPs and so I’m interested if they do the same with PCSE and what the financial consequences to Crapita are because someone is making money doing a a vey poor job. Orr perhaps they are doing a poor job in order to make money.
A standard message to expect the wait to have your phone call answered is a minimum of 30 minutes and then