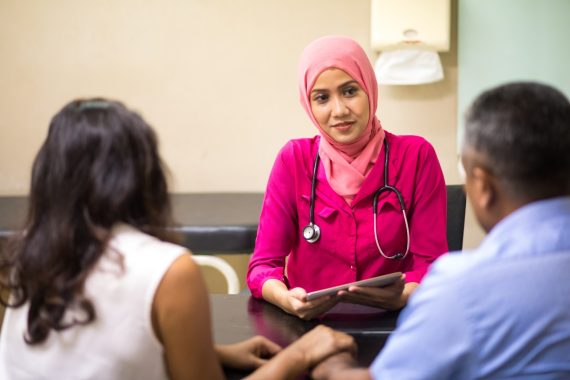 The CQC’s inspection and monitoring methodology ‘may inadvertently disadvantage’ ethnic minority-run GP practices and lead to ‘inequities’, the regulator has admitted.

These practices are also more likely to be run by single-handed GPs, resulting in ‘challenges in support, resourcing and capacity’.

The report concluded: ‘Our primary purpose is to ensure that people receive safe, high-quality health and care services. However, some aspects of CQC’s inspection and monitoring methodology may inadvertently disadvantage practices due to the factors above, leading to inequities.’

It added that going forward the CQC ‘must ensure we are doing everything we can to encourage improvement, rather than risking perpetuating the cycle of inequality’.

CQC said it intends to focus on ‘ensuring that we reflect factors that could disproportionately (although not exclusively) disadvantage ethnic minority-led GP practices in our decision-making processes, without compromising on expected standards of care for people’.

‘These factors include operating single-handedly and professional isolation. This will enable us to recognise more responsive care and good leadership where a GP practice is operating in more challenging circumstances.’

The report looked at reviews of CQC’s data and processes, an online community of 36 ethnic minority GPs, a survey of 771 GP practices, a survey of 57 CQC inspectors and focus groups with CQC inspection teams (attended by eight inspectors, four inspection managers and four GP specialist advisors). It also discussed findings with ‘key stakeholders’.

Worryingly, the investigation suggested that ethnic minority GPs felt CQC inspections were intrusive, like a ‘threat’ and a ‘punitive process rather than an opportunity to review, learn and grow’.

They also felt that patients were ‘more likely to raise a complaint about an ethnic minority GP than a White British GP’ and that the CQC fails to understand the ‘unique challenges’ faced by ethnic minority-led practices.

And some felt reluctant to challenge CQC decisions due to ‘a possible risk of victimisation, poorer ratings or re-inspection if they choose to raise complaints’.

Also concerning, over a quarter (26%) of GP inspectors surveyed by the CQC perceived there was a difference in ratings for ethnic minority-run practices (although a larger share – 37% – disagreed, and a further 37% gave a neutral response).

The CQC’s survey of GP practices found that:

The report cautioned that ‘due to limitations in the data available to us from all partners in the system’ the CQC had been ‘unable to fully explore the nature of the relationship, or existence of any causal link, between ethnic minority-led GP practices and regulatory outcomes such as ratings and frequency of inspection’.

But it concluded: ‘The findings show that there is work for us to do to ensure we achieve our strategic and equality objectives and deliver our core purpose to ensure we encourage practices that need support to improve.’

British Association of Physicians of Indian Origin (BAPIO) GP forum chair Dr Kamal Sidhu said the CQC’s survey of ethnic minority GPs ‘confirms our concerns that inspections are simply a burden on general practice and a huge source of strain on the staff’.

He added: ‘It is unfortunate that so many feel unable to challenge CQC decisions despite their lack of confidence in the ratings.

‘This report must lead to meaningful change especially with massively overstretched and exhausted staff who have been working very hard throughout the pandemic.’

A survey by BAPIO last Autumn found that more than 70% of GPs from minority ethnic backgrounds would describe CQC inspections as ‘traumatic’.

BMA GP Committee chair Dr Farah Jameel said: ‘It is welcome that the CQC recognises that a one-size-fits-all approach to regulation, that focuses on outcomes without due regard for context, does not work, and that it has committed to look at its own processes to ensure that practices are supported, rather than penalised for challenges outside of their control.

‘This change in approach is vital for understanding the pressures all practices, including those run by ethnic minority doctors, are under.

‘We look forward to working with the CQC to ensure that these commitments are being followed through to support the profession, especially at this most challenging time, and to make regulation fit for purpose.’

Actions the CQC intends to take to reduce inspection inequality include

Pass the sick bowl, and some Legionella-free water. Makes one shudder. The NHS, GMC, RCGP and CQC. One happy family. Consistent perverse pillars of racism, inequality, threat, lack of transparency, hipocrasy and collusion. They quashed the whistleblower and the truth. An endemic disease, fixed in ideations and lead by the narcissists. In the destruction of what, the carer? Well done. Fortunately, Professor Field and friends escaped, with a CBE, DBE, “accolades” and a few extra side jobs.

NOTHING WILL CHANGE…BECAUSE THOSE AT THE TOP ARE NOT AFFECTED……..THIS COUNTRY IS A SICK JOKE…..

The CQC’s days should be numbered after an admission like this.

This is quite bizarre. The traction on this is zero. Perhaps it was an inevitable blah which is so accepted, like Boris Johnson failures and NHS England persecution. Let us reword it: CQC admits inspections may ‘inadvertently disadvantage’ white GPs. What happens then? The profession should be unanimously burning and outraged together and as one unit.

Where is this ROT going to stop. What is this if not institutional RACISM, which is rampant in the NHS, GMC and I dare say the BMA. Now add to the list CQC because of which the NHS is going to lose a very senior and very well liked by the patients’ GP.
What is that saying ” CUTTING YOUR NOSE TO SPITE THE FACE”

When you take the fluff away it comes down to this:
“Also concerning, over a quarter (26%) of GP inspectors surveyed by the CQC perceived there was a difference in ratings for ethnic minority-run practices (although a larger share – 37% – disagreed, and a further 37% gave a neutral response).”
1/4 of the inspectors think there is racism at play giving these hard working folks poorer ratings than they should have gotten.
We should thank them whilst we can for their honesty.
How representative is the inspectorate? Is that part of the problem?