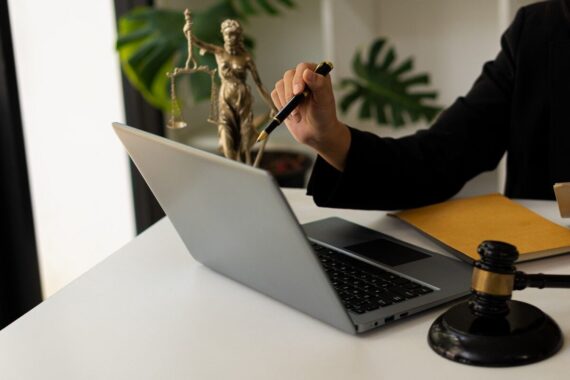 The GMC has said findings against GP Dr Manjula Arora should not stand and that the dishonesty test was ‘incorrectly’ applied in her case, effectively overturning the ruling.

The Medical Practitioners Tribunal Service (MPTS) had suspended Dr Arora for a month for ‘dishonesty’ after she told an IT department she had been ‘promised’ a laptop.

But the GMC has said that the findings against her will no longer stand, and that Dr Arora’s appeal will no longer be necessary, subject to agreement from the High Court.

The case centred around Dr Arora telling the IT department at Mastercall that she had been ‘promised’ a laptop. However, the MPTS found that she had been told by the medical director and former CEO of Mastercall, referred to in the papers as Dr B, that ‘we don’t have any laptops at present, but I will note your interest when the next roll out happens’.

The MPTS concluded that Dr Arora had therefore been ‘dishonest’ and that while she had not set out to mislead the IT department, she had ‘exaggerated the position in her use of one inappropriate word’ – ie, ‘promised’. It said that as a result, her fitness to practise was impaired and suspended her for one month.

The GMC representative on the case also went as far to say that she had ‘brought the medical profession into disrepute’ and that her ‘integrity could not be relied upon’.

However, GMC spokesperson said today: ‘Dr Arora has appealed the decision of the Medical Practitioners Tribunal. Having considered the tribunal’s decisions and sought the views of external counsel, we believe that the dishonesty test was applied incorrectly by the tribunal.

‘That means that the findings of dishonesty, impairment and sanction should not stand and so we have agreed with the doctor’s representative to dispose of the appeal without the need for a hearing. Should the court approve that agreement the doctor will have full registration with a license to practise, and no fitness to practise finding recorded on her registration.’

MDU head of advisory services Dr Udvitha Nandasoma said: ‘We have robustly defended Dr Arora throughout this case, and we are pleased the GMC has reviewed the case and decided not to contest the appeal brought by the MDU.’

Dr Arora said she was ‘eternally thankful and indebted’ to those who supported her.

She said: ‘I would like to respectfully thank the MDU for their continued effort and support and for agreeing to appeal the MPTS determination.

‘I would also like extend my heartfelt gratitude to all associations, organisations and medical professionals who selflessly picked up their pen or voiced their support for me.’

The GMC announced details of its wider review into the suspension of Dr Arora, focusing on how the case was allowed to get to that stage, and said findings will be published in September.

Speaking at the NHS Confederation Expo conference in Liverpool last week, Mr Massey said that he ‘completely understood’ concerns that the suspension of a GP for ‘dishonesty’ over a laptop was ‘disproportionate and over-the-top’.

Doctors groups had reacted angrily to the GMC’s judgement, saying that a suspension was disproportionate for a relatively minor offence, with the BMA demanding an overhaul of GMC processes after the ‘incomprehensible’ ruling.

Would we expect an official apology from GMC ?
The meaning of humility of an institution is defined by its willingness and audacity to say sorry when mistake was made , as simple as that 😑

Now, what about an open apology, to be published in the medical press and compensation for lost income inconvenience and distress caused to her and her family? It is only fair that victims unjustly indicted should be entitled to file a counter-claim.

Surely Carl Hargan needs to be made to re-take the PLAB test?
If he cannot understand a simple promise in the email from the director, he is not fit to lead prosecutions in front of the bench.
He appears to have misled the MPTS by his exageration of the words used by Dr Arora, or understatement of the email text. This has brought the GMC into disrepute. They should no longer use him.

This is a fudge. As the Dr appealed with a medicolegal company and an expensive team, whilst the GMC know they are unable to make cost threat (profits for legal teams) given common sense of a wrong decision but they don’t won’t to pay the cost of the appeal when they lose and have legally written finding against them, that can then be used by other doctors and organisations to take action against the GMC. The doctor’s team in the ‘public interest’ should continue to pursue the case.

NO THIS IS NOT ENOUGH…….WE (THE GPs) DEMAND A “RECIPROCAL SUSPENSION” OF THE GMC ND THEIR COMMITTEE WHO SHOULD NOT ONLY BE SUSPENDED BUT RECEIVE A “WRITTEN WARNING” PUT ON THEIR RECORDS IN ADDITION TO 4 WEEKS SUSPENSION…..

Good to know gmc did not take long to overturn suspension. .

Thats good news for this case, but is it the only one? surely even the GMC must understand that they have identified the potential to make a mistake, it almost certainly means the mistake has been made before.

This case was reviewed because it generated a lot of column inches, comment and dissent from the medical profession. In another case, the dishonesty test could easily have been incorrectly applied and that poor doctor is still suffering – or has already completed their suspension.

This case, along with the whole pandemic offal, Garba and countless others brushed under the hush hush “we don’t like you lot” carpet gives us all clarity and disgust at an abhorrent and desperate inside dirty job. The case for a Panorama documentary builds.

GMC need to be held accountable, ideally abolished. No need for external regulation of GPs, we can be self-regulated by Mr Bolam and peers. Sensible and long overdue imo.

About time GMC owns upto it’s mistake and this will be worthy of news in National newspapers. How GMC is planning to compensate for the Doctor’s distress and the cost of her defence team. And finally dare I ask if the whole GMC team who took part in this investigation be suspended for a period of time.

Charlie Massey is still in charge. He should have gone after the awful GMC treatment meted out to Dr Hawa Garba.

I trust that the people responsible for their significant errors of judgement will be honourable and resign. What worries me is how many other medics have been or in deed will be found incorrectly guilty.

This leaves the question of who from Mastercall reported this issue in the first place (and why?).

Will the person who issued the findings be placed on leave as they have the betrayed the patients and the doctors they should be supporting. What will their repurcussions be. Was the person who filed this opinion an ex traffic warden? What were their qualifications? If they are lawyers will this be passed onto their professional institution for appropriate retribution?

isn’t it strange that the decision was overturned AFTER the suspension had been served ?!

MPTS team and GMC should apologist and apparently allegation by the employer should be investigated by the police.
GMC has to answer Why is it always happening to BAME doctors.

incase, Dr Arora was not a member of the MDU, it would be impossible for her to lodge an appeal in the High Court.