Government consults on whether CQC regulation is ‘appropriate and proportionate’ 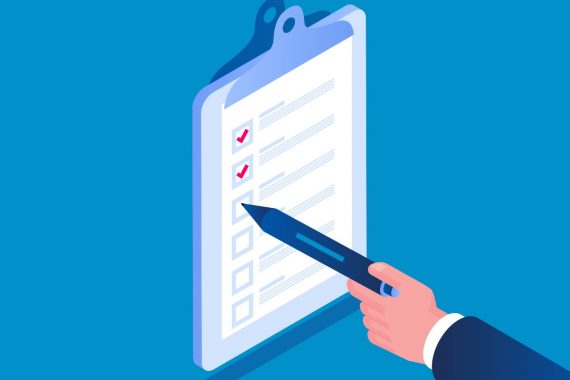 The Government has launched a consultation asking whether CQC regulation is ‘appropriate and proportionate’.

The three-week consultation, launched yesterday, asks about the impact of CQC regulation on providers, including GP practices.

GPs are also invited to express whether they think ‘any changes are required’ for CQC to achieve its objectives ‘with a system that imposes less regulation’.

The Government is seeking views from all providers of CQC-regulated activities, including GPs.

The consultation will look at:

One question in the consultation reads: ‘In your experience, are providers treated fairly and equally by the CQC under the 2014 Regulations across settings (for example, acute hospital, community care, mental health and primary care)?’

The review also asks about the CQC’s pre-pandemic inspection regime, and the estimated amount of time staff spent on preparation and facilitation of the inspection, and post-inspection follow-up work.

The Government launched a review of arm’s length bodies (ALBs) in May, which could see the CQC abolished.

The CQC said last week it is ‘considering what is the best model’ for primary care regulation, while it announced that its hospitals inspector will take over regulating primary care on an interim basis.

CQC’s Dr Sean O’Kelly will become the interim director for primary care when the current chief inspector of primary care, Dr Rosie Benneyworth, quits this summer to take on a new role as an interim chief investigator at the Healthcare Safety Investigation Branch (HSIB).

At the start of this year, the CQC admitted its inspection and monitoring methodology ‘may inadvertently disadvantage’ ethnic minority-run GP practices and lead to ‘inequities’.

The CQC was also accused of ‘soliciting negative GP feedback’ amid reports of a 176% rise in complaints.

And it revealed its first 40 access focused inspections on GP practices had found ‘no current issues’ at any practice.

The three regulations being reviewed:

Not before time. Whilst a formal review of practices performance is sometimes necessary, in the past this was commissioned as needed rather than a blanket bureaucratic approach. They have to find problems to justify their existence so a huge CoI.

Funniest thing is the Government set up an organisation, or agency, to essentially intimidate, demoralise and close down its own state systems. It started with an agenda of single handed sites. Prof Field headed it (affiliated with American agencies). Now he is playing with American vertical integration. This is the dumbest state run system worldwide, destroying only itself. For a reason, known, but hidden to you.

Nothing but a hassle. Took 6 months to agree a practice wasn’t fit for purpose and NHS E removed contract.

Inspection of same Recuss gear in 2 adjacent practice; pass 1 fail the other.

Did work for them (till fell out with them) and gave Lead Inspector proof why specific interpretation of an issue is incorrect and still mark as “wrong” affecting grading.

Hang ‘em high, name-and-shame does not work. There is a mountain of evidence to prove this.*
The reason we are so far behind other complex industries like aviation, is that our name, blame and shame culture strongly encourages individuals and institutions to conceal their mistakes, and all learning and improvement is therefore lost.**
Even worse, we do not make any effort to evaluate the cost effectiveness of regulation by the GMC or the CQC. I wonder how many destructive CQC judgements it takes to harm a patient – the Number Needed to Harm (NNH). Has anyone looked? I doubt it.
As an ex-GP appraiser, I have close knowledge of several excellent caring practices (where I would personally be happy to be a patient) that have been decimated by CQC inspections. Partners retiring early, energy deflected from patient care, damaged morale. I could go on.
And yet we persist in this manifestly flawed approach to quality and safety – which folly is in itself yet another embarrassment for our profession.
How on earth did we let this happen to us?
“I beseech you, in the bowels of Christ, think it possible that you may be mistaken.”

Cannot agree more. Been working in Manchester and was asked to check that every patient (community dermatology) had, among other parameters recorded, their sexual orientation. They were about to have a CQC inspection so 2 minutes of the 15 minute consultation went out of the window jumping through their hoops. Ignored the request.
I suppose it is something that they can mark a service on.
Was doing a locum a couple of years ago, for a couple of days, in a practice (posh area!) in the NW taken over by a private company. Appalling patient care. Told them so and don’t approach me again. 6 months later the CQC gave them good. At the time of the inspection there were no employed docs or nurses. All locum.

They probably had fantastic paperwork. All beautifully reviewed updated and organised. Of course all complete fake and clearly not read by medical staff as had none. It is the famous quote that not everything that can be counted counts and not everything that counts can be counted. Primary care is such a diverse thing that I don’t know how you can really inspect it in any way that has any rigour. ( I mean accurate reproducible and reliable data)