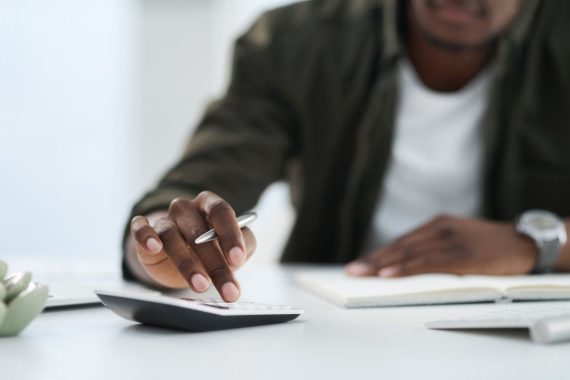 The QOF system for GP payments should be scrapped, RCGP chair Professor Martin Marshall has said.

Professor Marshall made the comments during an evidence session held today for the health and social care committee’s inquiry into the future of general practice, led by former health secretary Jeremy Hunt.

When asked by Mr Hunt whether it is ‘time to scrap QOF’ in England, Professor Marshall said: ‘Yes, from a college perspective, I think we should.’

He added: ‘When QOF was introduced in 2004, I think it served some really important functions. It systematised care [and] it produced a more team-based approach towards long-term condition care. That was good.

‘But now we see the downsides. Particularly the kind of the bureaucratic and low trust approach towards managing professional behaviour and the inflexible approach far outweigh any benefits.’

A ‘different kind of contract’ with ‘higher trust’ and less ‘box-ticking’ that enables GPs to ‘make the right decision’ for their patients and local context is ‘fundamentally important’, Professor Marshall said.

He told MPs: ‘If I just give you a practical example – I’ve got to give the same attention, according to QOF, to an asthmatic who is really well managed, maybe not even taking regular medication, as I do to an asthmatic who’s really poorly controlled.

‘The incentives are to deliver the same gear to both of them. It doesn’t make sense whatsoever. That’s why we need to be able to use our professional judgement to prioritise with the greatest clinical need.’

However, BMA England GP committee deputy chair Dr Kieran Sharrock argued that QOF should not be scrapped but ‘simplified’.

‘If you cannot recruit, you can’t provide good care and that then worsens health inequalities because you’re not being funded through QOF for giving good care.’

He added: ‘You need to find some way of incentivising those parts of QOF that can be delivered and making it more flexible and more simple, so it’s not so bureaucratic.’

Also speaking at the evidence session, Health Foundation senior policy fellow and GP Dr Becks Fisher said it is clear ‘QOF hasn’t necessarily achieved all it was hoping to’.

However, she added that ‘whether or not QOF should be abolished isn’t something that Health Foundation holds a particular position on’.

Mr Hunt suggested that QOF data could continue to be collected to ‘understand whether quality and safety standards are being met’, but that payments could follow a more ‘capitation-based model’ taking into account factors such as age and deprivation rather than being linked to ‘very specific outcomes in QOF’.

It comes as NHS England warned in December that payment for QOF and IIF ‘may be made later than usual’, as it set out the details of the temporary contract change aimed at freeing up GPs for Covid boosters.

NHS England also revealed parts of QOF and the IIF would be suspended and income-protected until next month to free up GP capacity for delivery of the expanded Covid booster programme.

And Dr Sharrock and Professor Marshall called for all health professionals working in secondary care to spend ‘at least’ a year working in general practice as part of their training to reduce ‘inappropriate workload transfer’.

If you think QOF is bad look at the IIF ( the new QOF for PCNs )
Need to scrap that too and fast
A reward for sending in FIT tests for lower GI 2ww referrals ( which is pretty daft if they have Frank PR bleeding)
Come on Martin call for that too!

too much box ticking and template medicine. Not enough trust in the professionals to do what they feel is needed. These various straight jackets on how GPs are expected to work are taking the pleasure out of the job. Patients don’t like it either and most of mine long ago gave up phoning 111.

We need to be careful what we wish for. Practices are actively being starved on any funding and what is being pushed is going towards PCNs. we need to protect any and every source of funding in core General practice at the moment and push for more into core
The moment QOF or any other funding is fiddled with, it will be taken away from us and pushed into PCNs or up for grabs via the ICS- making GMS even more unviable If anything our leaders should be pushing for PCn IIf and funding to be moved into core- targets or no targets

That asthma domain is laughable. As is smoking cessation advice – who is NHS digital kidding, and BP in the last 5 years? Please, what country’s doctors are shackled to coding and recalling that nonsense. None. A misused and misdirected profession.

Hang on….the enquiry is being chaired by Jeremy *unt!

Oh dear
One should not be too wound up about what our ‘representatives’ said anyway . Instead concentrate on what Agent Hunt , chair of this enquiry, implicated👇
‘’Mr Hunt suggested that QOF data could continue to be collected to ‘understand whether quality and safety standards are being met’, but that payments could follow a more ‘capitation-based model’ taking into account factors such as age and deprivation rather than being linked to ‘very specific outcomes in QOF’. ‘’

(1) It means micro-management and general practice is inextricable as far as the government is concerned. So capitation-based model refers to simple language of putting QOF into the core i.e. global sum . But more importantly , he did not refer to impact and investment fund (IIF) at the level of PCNs .
(2) Bear in mind the current Health Secretary is pushing for vertical integration, hence , all GPs to be employees of hospitals. Logically , PCN ideology is not necessary if all of us(GPs) are employees of acute trusts .
(3) So my understanding and deduction from this is two choices from the government: (a) Become an employee of a hospital under the supervision of managers (b) stay in your practice as ‘partner’ under PCN umbrella and IIF , for instance , is the new QOF (somebody in PCN still has to do the bloody box-ticking 😈).
Well , I suppose the terminology IIF is more contemporary than stupid name QOF?
Remember Facebook is now officially called Meta?😈🤭🤫🤥

And one more point on micromanagement as far as its ‘necessity’ , as well as command and control is concerned :
This is to the ‘convenience’ ( not for GP practices) of academics in research and development (R&D).
‘ look , I just need to press a button and I will know how many patients in how many practices had their BP readings recorded last 5 years ‘ , Great 😊)

Can I just say that QOF yes produced a lot of data but it did provide resources to motivate improved management of chronic disease. If you look at the data many practices clearly suddenly found a load of diabetics for example. We were an outlier with a high incidence that all but with a differential that all but disappeared within 3 years. Now we are here any QOF abolitionists are helping the Govt clawback funding. They based the model on belief GP was crap and it cost them more than planned when we weren’t. But the change in stats suggested many a practice was far from perfect with room to improve and resource followed to improve it. Who knows what the result of this change will be health wise over 30 years but I for one do not want it abolished and lose the funding. Many argue they were doing ot anyway but if so no extra work. I think it did drive change with potential long term benefits but only time will tell.

It’s naive to think that abolished QOF money would become core income. It would either be funnelled into PCNs/ICSs, or simply cut altogether.
And even if QOF revenue remained in GMS, it would be replaced by even more onerous, useless, impossible to achieve, target driven drivel egged on by GP-loathing single-issue patient groups and bandwagon-jumping journalists and politicians.
Sometimes it better to stick with the devil you know.