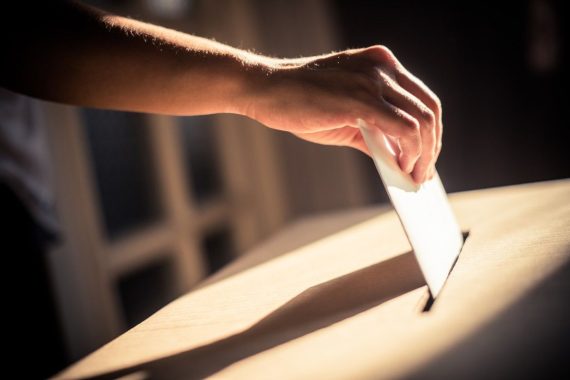 Exclusive The BMA GP Committee for England is considering its ‘next steps’ as a negotiator has called for a vote of ‘no confidence’ in NHS England leadership.

In a statement to Pulse, the BMA pointed towards its vote of no confidence in the NHS England leadership team last year after NHS England sent out a letter telling GPs to offer more face-to-face appointments. This ended up with negotiators ceasing discussions.

The BMA said today that NHS England had ‘once again failed to respond to the needs of GPs’, and that it was considering ‘next steps’.

Earlier in the day, GPC negotiator and Doncaster GP Dr Dean Eggitt said on Twitter: ‘Is it time we called a vote of no confidence in NHSEI leadership of general practice?’

This followed NHS England’s announcement of the imposed GP contract changes yesterday, which said that PCNs would need to offer routine services between 9am and 5pm on Saturdays.

A BMA spokesperson told Pulse: ‘The BMA is extremely disappointed by the decision to bring in changes to the GP contract that do not address the severe pressures faced by general practice or respond to patients’ needs right now.

‘We approached negotiations by offering constructive solutions that would create time for practices to better care for patients. However, NHS England unilaterally pushed through changes that reduce resource[s] and increase the burden on practice staff – meaning patient care will suffer.’

They added: ‘Last year GPC England passed a motion of no confidence in the executive leadership of NHS England/Improvement (NHSEI) over their failure to support general practice. It is disappointing then that NHSEI has once again failed to respond to the needs of GPs and patients, despite the BMA’s efforts to engage in a constructive manner and create affordable solutions to save general practice as we know it.

‘GPC England is considering next steps, but it is important that grassroots doctors express their views.’

Following Dr Eggitt’s comments on Twitter, Bolton GP Dr Mark Dziobon called for a ballot of GPs, and said: ‘We have been here on strike action. I think we need to revisit that.’

However, Hertfordshire GP partner Dr Mike Smith suggested that a vote of ‘no confidence’ should also be held on the GPC’s own ‘leadership structure and processes’.

And London GP Dr Richard Ma said there was ‘very little point’ in a vote of no confidence, while Lichfield GP Dr Douglas Price asked: ‘What would it achieve though?’

The BMA’s GPC voted to pause all meetings with NHS England in May 2021 until the disagreement around face-to-face appointments in practices had been resolved, after an emergency motion of ‘no confidence’ in NHS England’s executive directors passed overwhelmingly.

At the time, the BMA said the vote was due to NHS England’s ‘failure to support general practice’.

The BMA agreed to resume formal meetings with NHS England in September, following an emergency meeting and vote.

It followed a letter from nine LMC leaders who said the ‘current impasse’ was hampering LMCs’ abilities to do their jobs.

It comes as current GPC chair Dr Farah Jameel had hoped to reset the relationship with the Government.

Will wafting Geiger counters over thyroid glands be QOFable soon ?

No point in no confidence votes, just resign the PCN DES

What will a no confidence vote achieve?

nhse will still be there – who are they anyway ? any proper gps in it or simply ‘leaders’? if we all resign from the pcn then what can they do – we have our own core contract. then i will offer myself as a pay per view (face to face) doctor.

Let us be clear.
Consultants are creaming private care, from NHS backlog in their own departments, and while being permitted to reject you left right and centre. Their private practices are booming, even within the same hospital building, on a separate wing. Whilst you are cleaning the expanding gutter. That’s levelling up.

I think Dr.Dean Egitt has since resigned from the GPC Executive according to another news outlet.