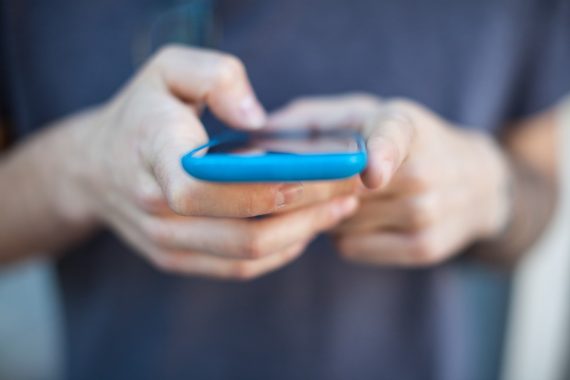 Exclusive GPs have been warned that criticising the Covid vaccine or other pandemic measures via social media could leave them ‘vulnerable’ to GMC investigation.

The warning, from the Medical Protection Society (MPS), comes as a GP is appealing a temporary social media ban imposed by the GMC after he was accused of spreading ‘misinformation’.

Dr Samuel White is appealing against interim conditions imposed on his registration with the GMC following complaints about a video he posted to Instagram and Twitter in June.

In a seven-minute clip, he discussed why he could no longer work in his previous roles because of the ‘lies’ around the NHS and Government approach to the pandemic that were ‘so vast’ he could no longer ‘stomach or tolerate’ them, the Royal Courts of Justice were told this month.

He also raised concerns about the safety of the Covid vaccine and testing methods and claimed that ‘masks do nothing’, the hearing heard.

Dr White, a partner at Denmead Practice in Hampshire until his resignation in February and now a locum GP, was ordered not to discuss the pandemic on social media and to remove previous posts on the subject by a GMC tribunal in August, following complaints about the video.

He brought his High Court challenge against the GMC in a bid to quash the restrictions, which will last for a maximum of 18 months and his barrister called a ‘severe imposition’ on his freedom of speech.

In written arguments, his barrister said that Dr White had an ‘unblemished career’ with beliefs informed by ‘libertarian principles’ and argued that his views were ‘supported by large bodies of scientific and medical opinion’.

But the GMC’s written arguments said that its tribunal had recognised ‘serious concerns’ that he was using ‘language that echoed conspiracy theories about the pandemic’ and that there was a ‘risk’ members of the public would be influenced by him to ignore public health advice.

The judge said he would deliver his judgement at a later date.

MPS medical director Dr Rob Hendry told Pulse: ‘Personal views which may be intended for friends or family can easily be misinterpreted and become more widely available through social media, and all views expressed may be judged as professional matters.

‘Doctors should therefore be aware that advocating against the Covid-19 vaccine and other measures on social media platforms could make them vulnerable to investigation by the GMC.’

GMC ethical guidance, which also applies to social media, states that doctors ‘must not impose [their] beliefs and values on patients or cause distress by the inappropriate or insensitive expression of them’.

Dr Hendry said: ‘The GMC has also publicly stated that doctors have a responsibility to provide sufficient and balanced information about Covid-19 and the risks and benefits of treatments or preventative measures, and allow patients to make an informed choice.’

The MPS would advise GPs who are ‘sceptical’ of the Covid vaccine or the preventative measures in the national public health programme to ‘ensure they are fully up to date with scientific evidence and act in accordance with national guidance’, he added.

And Dr John Holden, chief medical officer at the Medical and Dental Defence Union of Scotland (MDDUS), said that it is ‘essential for doctors to remind themselves that the standards expected of them are not diluted simply because they are behind a keyboard’ as social media use ‘becomes ever more widespread’.

He added: ‘We always advise doctors to exercise caution and refer to GMC guidance on social media when posting online, as they will be held accountable for opinions, advice and posts and may be expected later to justify the content.’

It comes as GP practices and PCN-led vaccination sites are facing pressure from anti-vaccine protestors.

Meanwhile, Covid vaccination will be a ‘condition of deployment’ for all public-facing staff in England’s health services from April next year.

Hilarious. Look at your own Prime Minister. Sometimes sounds like people in the DoH are plain bored.

What happened to freedom of speech ?!

That big brother is always lurking in the background –

all doctors always live and work in ‘fear’ and what you supposed to do or say.

Reply
Unsuitable or offensive? Report this comment
Turn out The Lights 24 November, 2021 6:22 pm

?another alias Big Brother Is watching you.

What freedom of speech, Leela?
Honestly never felt it was something I’ve had in this country

“In a time of deceit telling the truth is a revolutionary act.”

The problem with a polarised society is that reasonable debate is quashed, and we are forced to be either For or Against, with no room for nuance.
For example, few can doubt the evidence that vaccines have reduced serious illness and death. But they’re not much cop at stopping you catching and spreading Covid, thus making vaccine passports a farce.
Evidence on masks is often contradictory, as shown by WHO initially branding them as useless, then their sudden volte-face to declaring them as essential.
Most reasonable people accept that the rapid onset of the pandemic has made traditional scientific reliance on black and white irrefutable evidence and years of research redundant. We are groping in the dark, hoping that our choices will be proved correct.
For example, the government’s decision to end restrictions in Summer was condemned as reckless by the scientific establishment, but at present it looks like allowing modestly high levels of Covid to circulate may have avoided another large wave, which is currently engulfing the rest of more cautious Europe.
Or it may go horribly wrong and we could be in lockdown by Christmas. I don’t know, you don’t know, and in truth, nobody does.
So yes, it’s irresponsible to counsel patients to avoid vaccination, but it’s not unreasonable to point out the rare but real potential serious side effects, that it frequently has unpleasant but mild side effects, that you can still catch and spread Covid, and that protection appears to be temporary…..so they need a booster ! That isn’t reckless, it’s helping people make an informed choice.
And the morality of vaccinating children against an illness with an infinitesimal chance of killing them to protect vulnerable adults is a conversation many have avoided for fear of appearing anti-vax.
Yes, we all want as many people vaccinated as possible, but using fear and lies to either encourage or discourage uptake is just plain wrong in a democracy.

This would be a genius move, it is well known that nothing increases confidence in something more than banning criticism of it.

There’s only 1 side doing the censoring…. Do you see any “de-platforming” of pro-vaccine/lockdown advocates? You’re the first GP I know of who’s said what you said.
“using fear and lies to either encourage or discourage uptake is just plain wrong in a democracy.” – so isn’t this what the GMC are doing? They can impose a social media ban now??? How are you going to resist the GMC?

And to Stephen Franklin – I love your comment. Thumbs up!

Vaccinated people who get COVID cna most defintely still infect others. But looking at todays french figures 185 positive tests per 100000 in unvaccinated compared to 47 tests per 100000 in the vaccinated. 30 about 4 x less likely to test positive. So if you don’t get you don’t spread it.
32.10 permillion unvaccinated in intensive care against 3.97 per million vaccinated in intensive care.
You know what I am convinced of a reasonable benefit.
This is without discussing confounding factors of the age and health of the vaccinated and the social restrictions of vaccine passports on the unvaccinated that may or may not make these figures more dramatic. As you say there is so much we don’t know but there is evidence that the vaccines reduces your chances of catching COVID as well as your risk of avoidably consuming shared health resources.

Uninspired leadership operates through fear – developed society evolved and we ideally should educate the young rather than terrorise – no longer confusing fear with respect.
Uninspired governance heavily relies on fear. Police, Media, CQC, GMC, etc It fails to work effectively on the antisocial or those who simply have nothing to lose. Instead it oppresses the population that it claims to protect.

I am not promoting anarchy. However, why do you need to be fearful?
Down tools, set your terms. Are people simply going to stop being unwell? Indeed the culture of fear used by the government and media increased during COVID and the population are less able to cope with uncertainty / minor illness.

“Oh dear. I own a valuable resource and the government monopsony is abusive.”

Courage? Not really needed. Open your eyes – the fear is artificial and purely to control you.

Besides it can’t be any worse than what you are sleepwalking in to. Oops now I am doing it…..

DJ i think your figures are wrong