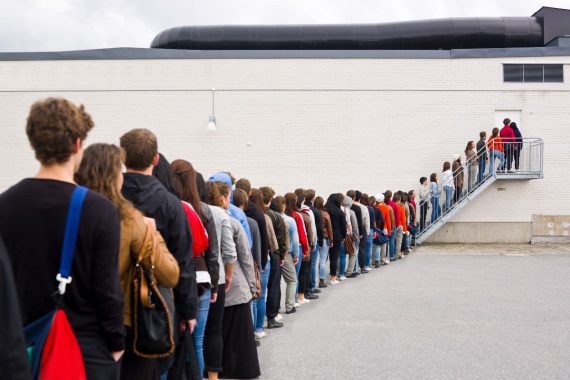 The health secretary has said that he will give patients waiting for secondary care treatment the ‘right to choose’ their provider to help tackle the Covid backlog as part of a raft of reforms set to be announced this week.

Sajid Javid said that he will this week set out his ‘vision for modernisation and reform of our health service’, sharing a piece published by The Times yesterday with further details of the plans.

Although neither the health secretary nor The Times’ article mentioned the review of primary care, this was supposed to be announced at the end of February and may form part of the announcement this week.

In January, The Times reported that Sajid Javid is planning a review of primary care that could see GPs incentivised to join up with ‘academy-style’ trusts in a model like that in Wolverhampton, where nine GP practices subcontract their GMS contracts to the trust.

The ‘right to choose’ scheme will include private providers, and will initially be open to those facing the longest waits but could eventually be offered to all patients.

Mr Javid yesterday said on Twitter: ‘As we tackle the Covid backlog, we will enshrine a “Right to Choose” – giving NHS patients more options for the treatment they need.’

According to the newspaper, patients whose operations have been delayed will be able to choose from a list of providers online – including both NHS and private options – under the proposals.

Patients will be able to look up the waiting times at their local hospital compared with those at ‘any hospital in the country’ and choose where to book their treatment, it said.

Travel and accommodation could be paid for patients who choose to travel for treatment, including for a companion, it added.

The health secretary told The Times: ‘The NHS constitution says already that you as a patient have the right to ask for an alternative provider for your treatment. [But] in practice, no one really gets that right. Even if an individual wanted to exercise that right at the moment, it’s just left up to them to do all the homework and they’re not really supported in that decision.

‘For me, that’s not acceptable. I want to enshrine that right so that every patient of the NHS, once they’ve been diagnosed and they need a certain treatment, they are given options, they have a choice.’

He added that while only the ‘longest waiters’ will be eligible for the scheme at first, it will be ‘gradually’ offered to ‘more and more people’, with plans to make it available on the NHS App.

The service will ‘help significantly with the elective backlog’ and will contribute towards Mr Javid’s ambition to ‘eliminate the two-year waiting list by June’, according to The Times.

The newspaper added that Mr Javid will set out these and further plans for tackling the NHS backlog in a speech tomorrow, including his ‘desire to move towards academy-style hospitals’.

It comes as a think tank report – backed by the health secretary – said on Friday that the majority of GPs should be employed by trusts.

Oh dear, where did we hear this before? By patients shopping around the predictable inadequacy of NHS provision may be diminished. Maybe Mr Javid could go on Panorama and state repeatedly “the money follows the patient” whenever a journalist asks an unfair question about how it’s all paid for.

When all providers have long queues, changing provider doesn’t shorten the queue, obvs.

well – you can’t polish it – but you can roll it in glitter apparently. The NHS, a turd the size of Disneyland Paris, as the saying goes.

And where will the patients ask for these appointments to be changed or made .Their GP i suspect so more work dumped on us i suspect. never ending brainstorming at NHSE about time for it to stop.

The devil is always in the detail. I wonder how referral letters and hospital notes will transfer across from the original provider when a patient decides to go elsewhere. I suspect none of this has been thought out and if it means GP’s will have to rerefer, nobody outside of general practice will care about the additional work involved.

Reminiscent of their right for a male or female doctor and race of choice. This will be fun. Power to the app.

I choose to go to far end of country for surgical treatment but locally for any immediate post op complications.

Wonder why that idea was shelved??

But hold on – how does this fit in with the restrictions placed on referrals and the obsession with A&G?

Anyhow, been there before and it didn’t work last time either. Roll on yet another reorganisation of the deckchairs.

Politics is the art of persuasion.

If that is true, in a country of 60m, why would a politician only want to share their thoughts with 1.08% of us?

That’s what No19 did last weekend. In an interview with the £walled Sunday Times, he told a rather gullible journalist;

‘Patients whose operations have been delayed will be able to shop-online for hospitals with the shortest waiting-times in the public and private sector, under plans being announced by the health secretary this week…’

This is part of a three point plan that he might tell the rest of us about… sometime.

The other two points; stopping us getting sick in the first place and reorganising hospitals into Academies.

Public health measures begin with the environment, work, family life, housing, education and all starts a million miles from the front-door of a GP’s practice. So, good luck with that, it’ll take 20 years.

Reorganising hospitals… in the middle of a recovery plan, in the middle of legislation passing through the Westminister gas-works, to reorganise the system and the fag end of a pandemic… genius.

Patients already have the right to chose, enshrined in the NHS Constitution.

‘… you’ve the right to choose which hospital in England to go to. This will include many private and NHS hospitals that provide services to the NHS.’

That’s all gone by the board as demand on the system has outstretched capacity.

Shopping on-line for treatment depends on getting a website organised that can collect real-time data from all Trusts, for every specialty, that can take into account staffing, rota-gaps and clinical priorities.

US software group Palantir probably does have the know-how, to do this but I doubt most Trusts have the capacity to provide the inputs.

‘Palantir’s technology works by bringing together disparate data, such as number of patients waiting per clinician, operating theatre schedules, staff rosters and patient-specific pre-surgical tests, into a single system that surgeons and other clinical staff … rather than just admin and scheduling staff … could also use.

The dashboard allows clinicians to see which patients needed to be prioritised at a glance, allowing them to make real-time decisions on scheduling surgeries.’

There are only two ways to get people off the lists. Treat them or cheat them.

Treat them… we all get that.

Cheat them? There are lots of cunning ways.

Give people impossible response times, particularly the elderly, to say they still want to be treated.

Claim they are overweight and move them to a non-live-list, whilst they lose weight.

The same for smokers and drinkers… give up or yer-off-the-list, mate.

The latest wheeze; for GPs to talk to a consultant about a patient and claim treatment has started.

Another route; keep people off the lists.

Persuade people for ‘risks’ or other reasons, that an operation isn’t in their best interests and pain-killers and physio is just what the doctor ordered.

As for shopping around… software might be able to cope but has the potential to throw the NHS into chaos.

People arriving from ‘out of area’ will need video-out-patient consultations, some way of doing blood, imaging and other tests.

… to say nothing of the stress on patients and their families.

In an area with long lists, there will be pressure on social and post-op’ care. Accelerating treatment, for patients, out of area, threatens to put more pressure on services when they return.

None of this is impossible but the NHS is nowhere near geared up for it.

Sixty percent of private provision is in London and is staffed, mainly, by NHS surgeons and anaesthetists.

In the year before Covid nearly 600 patients had to be transferred from private operating theatres, to the NHS, when something ‘went wrong’.

… the private sector don’t want our business. They are full of patients, impatient with NHS waits, paying a premium for treatment. NHS customers only pay tariff.

The Sunday Times swallowed the story, hook-line-and-sinker. Whoever put No19 up to this is naive and probably reads the Sunday Times.

Three things to do, now:

focus on the whole patient pathway like it was a supply-chain;
organise providers around cold-sites and emergencies, pool similar work;
share staff resources and sort out the workforce.

The rest is a distraction.

It’s all smoke and mirrors. Patients generally don’t want choice – they want local services to be of an acceptable (or even good) standard.
This costs nothing, makes it seem like the government are doing something when they aren’t, makes it seem like long waits are Someone Else’s Problem (the patient, for not shopping around enough).
Patients being able to choose between two hospitals both offering 18 month waits for a routine appointment solves nothing.

How about the provider HCA – made in America.