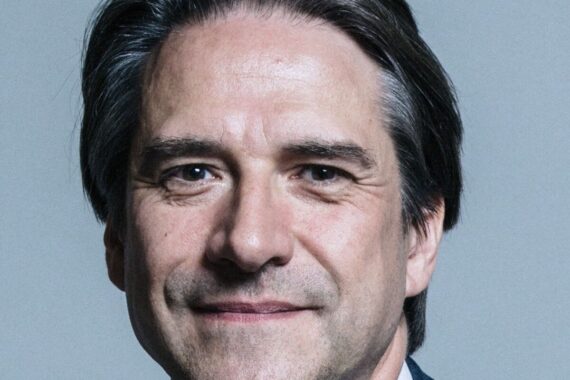 The new primary care minister has said he does not believe there is currently a ‘crisis’ in general practice.

However, he conceded that there are some ‘big issues’ to tackle and that the profession faces a ‘major challenge’.

Newly-appointed primary care minister James Morris made the comments at today’s final hearing in the House of Commons health and social care committee inquiry into the future of general practice.

Committee chair and former health secretary Jeremy Hunt – who is running to replace Boris Johnson as Prime Minister – asked: ‘[Do] you think general practice is in crisis?’

Mr Morris responded: ‘No I don’t think I would, chair. As we’ve discussed today, clearly it wouldn’t be correct to assert that we have anything other than a major challenge in this area.

‘The pandemic, rising demand [and] issues to do with the workforce are all big issues that need to be addressed over the long term, but I think we do have the tools and the means to be able to address those issues.’

He added: ‘There are no quick fixes, but there are lots of elements in the changing landscape in primary care and the approach the Government is taking is designed to address that.

‘So I wouldn’t use the word crisis, but we do have a serious challenge.’

NHS England director of primary and community care and GP Dr Amanda Doyle also suggested that she does not believe there is a GP ‘crisis’.

When pushed on whether she ‘would use the word “crisis”’, she said that it is ‘very difficult’ and that she accepts there is a ‘challenge’.

She told the committee: ‘It’s very difficult, language becomes very emotive. I accept there is an absolute challenge and it’s really difficult for both GPs trying to manage demand and people trying to access general practitioners in some parts of the country at the moment.’

Launching his leadership bid over the weekend, Mr Hunt claimed he can ‘win back trust’ for the Conservative Party because he was not a Boris Johnson supporter.

He is one of 10 candidates to come forward vying for the top job, also including former health secretary Sajid Javid and former vaccines minister Nadhim Zahawi.

I don’t believe the earth is round either!

New brief is very much more of the same then: carry on pretending there’s no (well-documented) crisis, whilst arranging huge contracts with Babylon, Livi and Centene (did I miss anyone?) to usher in the new world order of callcentre Medicine.
Pathetically incompetent neoliberal liars who can’t even understand safe staffing ratios.

“the dumb, deaf and blind kid sure plays a mean pinball”

The James Webb Telescope is amazing.
And no one could care less what an insignificant someone or add-on thinks or says for their ego and self importance and ultimate inner emptiness.
Move out of the way. Doctors are here for a purpose for humanity. Get over it.
And humble yourself.

When you watch this discussion, watch how clueless the panel are. Your “leaders”. It is embarrassing. Watch how they can’t even answer who makes the decisions exactly, without looking around the room. When you don’t know an answer, keep describing. Classic. Comedy channel. There are no plans to help you and like Hunt said “paying lip service”.

I have been a GP for 29 years. Never has there been more of a crisis. When your receptionist doesn’t know you haven’t got your keys and locks you in the building you absolutely know there is a crisis when you rest your head on the desk snd weep. So Mr Primary Care Minister, come to work with me for a week. You will be sobbing by Tuesday.

Sorry they have no f@@@ing idea,crisis’ what crisis.The NHS is a disaster zone ands it’s middle of summer.I am not looking forward to winter.

But I wouldn’t say the Titanic is sinking. Language can be so complex and emotive.

Until NHSE and DOH and the government recognise there is a problem, the situation will only get worse.
Our leaders and trades union must recognise this and stop colluding in the continued downfall of NHS general practice.
The only way to do this is to set limits on what the NHS funding buys, and to stand up to them.
We also have to stop everyone using ‘integration’ as a magical solution to problems that actually require a proper grown up plan of funding and investment. (See also: PCNs, digital)
Spoiler Alert: ‘integration’ will not – and cannot – solve estates issues, capacity issues, workload issues, workforce issues, pensions issues.

he’s been in the job a couple of days !

how can he possibly know what’s going on ?

his predecessor was there for months – and he didn’t know what was going on, so he’s got absolutely no chance after a couple of days !

“if, when doing anything, you haven’t planned for the unexpected, and think everything is running smoothly, it is probable that you don’t really understand the situation”…………as one of my old mentors said !

The representatives should send recurrent messages (like TG from the BMA regarding the pensions crisis) to the public to explain what general practice does, how immensely every specialism relies heavily on general practice, even moreso as they become increasingly subspecialised, how important general practice is as a discipline, how it is being systematically eroded and the consequences…. before its too late.

Another ostrich in post, can neither see nor hear the reality

That’s great news. Then I will revert back to normal hours, instead of 12hr days and weekend work, regardless of whether or not its a crappy service.