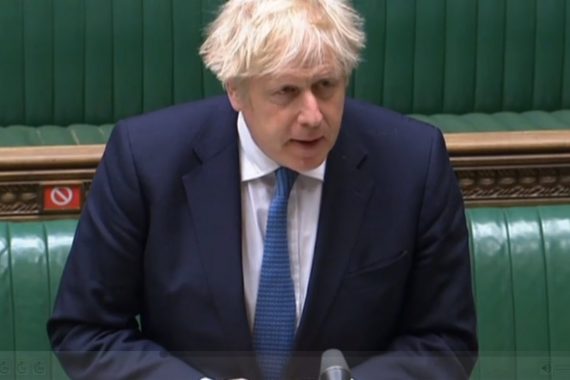 Mr Barclay has most recently served as Number 10’s chief of staff – a new role that was created in light of the ‘partygate’ scandal – and as minister for the Cabinet Office and Chancellor of the Duchy of Lancaster since last year.

Mr Javid said in his resignation letter that Mr Johnson had ‘lost his confidence’ and that he could not carry on serving him ‘in good faith’.

Commenting on his appointment, Mr Barclay said: ‘It is an honour to take up the position of health and social care secretary. Our NHS and social care staff have showed us time and again – throughout the pandemic and beyond – what it means to work with compassion and dedication to transform lives.

‘This government is investing more than ever before in our NHS and care services to beat the Covid backlogs, recruit 50,000 more nurses, reform social care and ensure patients across the country can access the care they need.’

Immediately after Mr Javid’s resignation was made public, chancellor Rishi Sunak also handed in his resignation.

Mr Javid took the role of health secretary in June 2021, following the resignation of Matt Hancock, who was caught kissing a colleague in a lift, against lockdown regulations.

Education secretary Nadhim Zahawi, who served as vaccines minister during Covid, has been appointed Chancellor, replacing Mr Sunak. However Mr Johnson has also faced a string of other more junior resignations since yesterday evening.

This followed the latest scandal in Number 10, which faced allegations of dishonesty regarding what Mr Johnson knew about prior misconduct allegations against MP Chris Pincher prior to appointing him deputy chief whip.

Where was the integrity, Buffoon PM.

The country is being done over by its own Government. Not Russians or any other person they brainwash you with. It’s own.
Disgusting.