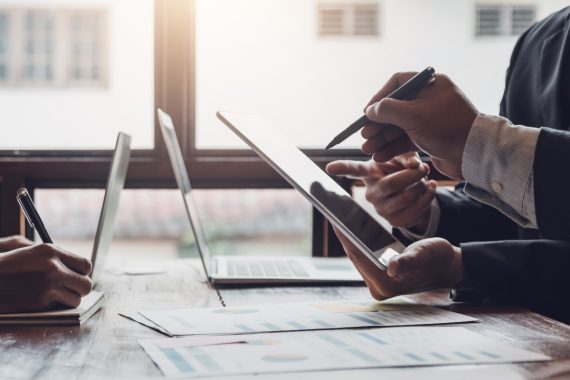 Exclusive Work is under way to explore the creation of a new representative body for GPs, in the form of a ‘National Association of LMCs’, Pulse has learned.

The GPDF registered the ‘National Association on Local Medical Associations Limited’ as a new entity on Companies House in July last year.

It also surveyed LMCs just before Christmas, regarding their concerns about GP representation and what should be done to improve the current structure, and has held three workshops with a number of LMCs.

The notion of a ‘National Council of LMCs’ was first launched at the UK LMCs Conference in May 2021, in a motion which raised concern about the ‘transparency and accountability’ of the BMA’s GP Committee.

The GPDF – which collects money from LMCs to support GP interests, including via funding provided to the BMA to run the GPC and for organising LMC conferences – was instructed via the motion to ‘commission a thorough review of the current representative structure, particularly seeking the views of LMCs’.

Another part of the motion which would have ‘mandated’ the GPDF ‘to explore alternative options to the current structure, including the formation of a National Council of LMCs’ did not reach a required two-thirds majority.

GPDF executive chair Dr Douglas Moederle-Lumb is due to give an update on progress at the LMC secretaries’ conference next month (10 March), after which the GPDF intends to launch a formal consultation with all UK LMCs about the way forward.

Asked why work has progressed on the national council despite the motion being lost, Dr Moederle-Lumb told Pulse that although it did not reach the majority necessary for policy that will affect GPDF financially, it was passed by a ‘simple majority’.

‘This suggests that a majority of LMCs are keen for something like this to be developed. So we took that message seriously, even though we weren’t compelled to do anything with it.’

However, he stressed that ‘nothing has been decided’ with regards to the future of the National Association of LMCs. Feedback from LMCs has been ‘very positive’ so far, but the formal consultation will decide whether the entity is launched as well as what its remit should be.

He said: ‘At the moment, we are at the very beginning of this, in that we are consulting with the LMCs. It is not up to GPDF, we are the servant of LMCs.’

The next step, later in March, will be to launch a ‘really very comprehensive consultation with LMCs’, he added.

‘This won’t simply be a survey. It’ll be a consultation with LMCs and I want all LMCs to be involved in that consultation, including what I would describe as “hard to reach” groups. I am determined to get the view of every single LMC in the country.

‘Probably it will have to go to a special resolution of LMCs, which would need a 75% majority in favour for the GPDF to progress the idea – if it is what LMCs want.’

Dr Moederle-Lumb himself does not envisage that the National Association of LMCs would act as a replacement for the GPC but rather be ‘complementary’, however nothing could be ruled out as its future depends on the will of LMCs.

He told Pulse: ‘I do not see this as in any way a rival organisation to the trade union which is the BMA. LMCs are not trade unions, they are professional representative organisations with statutory responsibility to represent their local GPs.

He said it could also importantly act as a ‘support organisation’ for LMCs, providing education, development and information.

Although Dr Moederle-Lumb ‘absolutely not’ thinks the new association should take over contract negotiations from the GPC, he acknowledged that ‘it’s fair to say there are individuals out there in LMC land somewhat less than enamoured with the BMA’.

He said: ‘I think we all know that there is a vocal minority, and they might have a different view. They might have the view that the National Association of LMCs would be an alternative representative organisation.

‘That is not my view, but it is entirely up to LMCs what they want the national association to be. There is no pre-judgement on this. No decisions have been taken. There really is a consultation.’

He also said it would be up to LMCs to decide the structure – whether the GPDF ‘becomes’ the National Association of LMCs, or whether it commissions it.

Either way, according to Dr Moederle-Lumb ‘the very nature of the GPDF is changing’, having ‘always sort of sat behind the scenes’.

‘As times are changing, there’s an increasing demand from LMCs for an increasing visibility of the GPDF to be doing more for LMCs rather than just being a funding organisation.’

The news comes amid a number of high-profile resignations from GPC England in recent months, including those of former chair Dr Richard Vautrey, East Sussex LMC representative Dr Russell Brown and his successor Dr Clare Sieber.

Earlier this week, Pulse also revealed that the BMA has hired a law firm to investigate leaks to the press from its GP Committee.

AGENDA COMMITTEE TO BE PROPOSED BY OXFORDSHIRE: That conference believes that the recent reforms made to the GPC have distanced it from LMCs and the frontline profession, and: