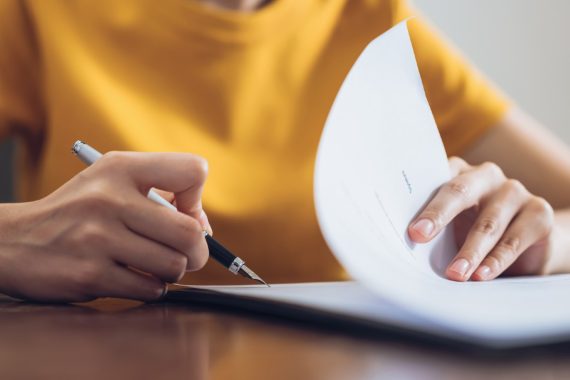 The ‘window of opportunity’ for the BMA to organise a mass opt-out from the PCN DES has now closed, an LMC has claimed.

However, Surrey and Sussex LMCs have said that ‘given internal timetables’, it would now be impossible for the BMA to ‘legally encourage GPs to take this action’ before the opt-out window closes.

Pulse has reached out to the BMA for comment.

Under NHS England’s specifications, practices can ‘choose not to participate’ in the subsequent Network Contract DES ‘commencing on 1 April 2022’. However, once the 2022/23 enhanced service starts on 1 April, they can only opt out if NHS England changes the terms of the DES.

And in a letter to local practices sent yesterday, Surrey and Sussex LMCs chief executive Dr Julius Parker said: ‘Given internal timetables, the window of opportunity for the BMA to support collective GP practice withdrawal from the PCN DES in the March 2022 opt-out window has now passed.

‘If the PCN DES specification is altered for 1 October 2022, there may be a further opt-out period, but otherwise this will next occur in March 2023.’

Dr Parker added that both industrial and ‘collective’ action – under which opting out from the DES during the allowed window would fall – require the support of the BMA as the official trade union to ‘legally encourage GPs to take this action’.

However, he said that while it was ‘recognised during the Autumn’ that the profession will need ‘levers’ to negotiate contractual changes, ‘no further action has been taken or currently appears to be planned for by GPC England’.

Withdrawal from the network DES had been one of five options put to GPs for action, following the announcement of NHS England and the Government’s controversial access plan.

Results of the BMA’s indicative vote on collective/industrial action

England LMCs have also demanded that the BMA do not negotiate any new work or funding for GPs via the PCN DES beyond 2023.

However, last week GPC England passed a new motion regarding the future of negotiations with NHS England.

This said the executive should negotiate for additional support for GP practices ‘to deliver the recovery/backlog demands’ until 2023/24; negotiate for ‘a refreshed fit-for-purpose contract agreement beyond the five-year agreement ending in 2023/24’; and ‘begin a profession-wide consultation on the future of general practice’.

In his letter to Surrey and Sussex LMC, Dr Parker described the motion, which he said came ‘instead of’ action, as ‘vanilla’.

Dr Clare Sieber – who originally proposed industrial action in October but resigned from the GPC amid a lack of action on it – told Pulse she is ‘disappointed but not surprised’.

She said: ‘I’m disappointed, but not surprised, that GPC England has not progressed the matter of industrial action or collective action since the last meeting, and nor does it seem to have any plans to.

‘As Julius rightly points out, we’ve got to the stage where we need leverage – indeed we got to that stage last Autumn, if not before – but GPC England doesn’t seem to have the stomach for it.’

Dr Sieber, who openly criticised the BMA for a lack of a satisfactory update on progress on the motion last month, has since resigned from the union over attempts to ‘silence’ her.

She said her position had become ‘untenable’ after she was placed under internal investigation for updating local GPs on BMA matters.

Meanwhile, Pulse could yesterday reveal that the BMA has hired a law firm to investigate leaks to the press from its GP Committee, amid calls for greater transparency from the profession.

COPY OF MY BMA RESIGNATION LETTER FROM TODAY

I have today rang and resigned from the BMA after being a member since I qualified from medical school in 1993 (29 years ago).

I have been a GP since 1998 and a GP partner for the last 19 years and have become increasingly disillusioned with the BMAs attempts to improve the coalface life of a GP which have been completely ineffective.

The final straw has been the decision to not attempt any significant contractual renegotiations for the lifetime of the currently agreed 5 year contract which leaves us all staring at the prospect of no changes to our working lives for a minimum of another 2 years, despite a hard to achieve mandate from members for significant change.
This approach guarantees the continuing exodus from the profession that is currently happening.

It also leaves an inevitable further embedment of the PCN plan in the ICS structures when the majority of the profession feel the PCN strategy is doomed to fail and hasn’t remotely improved the working life of GPs which was it’s primary function at conception. PCNs have created new work and the HR and training responsibilities of the ARRS program has just added to the unresourced workload of GP Partners and staff.

In addition to my clinical work I am a GP Trainer and also run a HEE funded 2 year GP fellowship for newly qualified GPs to support and develop them at the earliest part of their career.
I oversee about 25 GPs within this and the most sessions anyone works is 6!. When asked why this is the case the usual reply is that a F/T job is unmanageable and would lead to burnout.

We now as a profession have allowed a situation to develop where we cant genuinely say to a highly qualified professional that there is not a viable option for a sustainable F/T role in the job they have trained for, unless they seek out as many non-patient facing roles as possible!

My son has just left University and started work (a completely different field) and if he came to me and said he had found a part time professional job as a full time role was unsustainable I would be gobsmacked yet this is exactly the situation we have and accept in general practice.

Primary care is tired and in many places broken and it is the BMAs responsibility to correct this before primary care implodes. This will inevitably mean a reduction in what primary care is able/willing to do but it cant carry on just doing ‘everything’.

In many places we are just a fire-fighting extension of a minor illness service with broken continuity and unable to do many of the things that a long term commitment to a practice allows and that gives much of our professional satisfaction.

The savings from my BMA subscriptions will allow me to retire a fraction earlier than I would otherwise do which is the saddest of affairs.

Just OPT out.
You got an finger, mouth or brain don’t you? Or no, you need the sheep to come with you otherwise you’ll be too scared. Some of you have forgotten how you’ve been treated already, it’s a clever game by them…go quiet before you’re shouted at. You do know they’re gonna have you now, they gave you monies for no work, extra dubious allied professionals, and now they’re going to stick you in quick sand and monitor you like penned goats. This model is only for the mega sites, as they’re winging it anyway, but get free pocket money for that privilege.

The slippery slope to just accepting government dictat yet again. What was the point of us voting recently as nothing has been done to change or try to change anything. Have just received the GMS variations contract variations which still includes the annual earnings threshold requirements although not until September. Hopefully i am wrong and there are discussions going on that we are not aware of but i am not holding my breath.