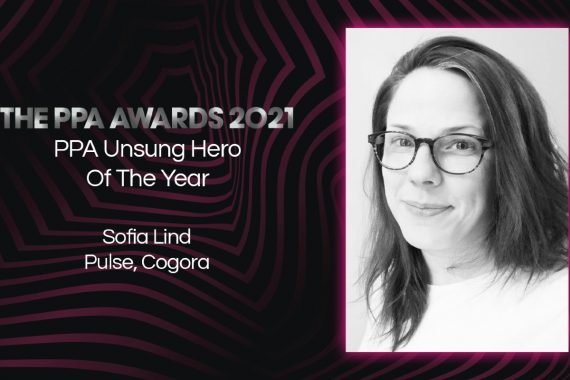 Nominations were invited by the PPA for those who had shown an outstanding level of commitment to their team, was a role model and championed best practice.

In announcing the winners at the PPA 2021 awards, judges said they were so impressed with Sofia’s output and relentless efforts during 2020.

One noted her work had been ‘truly inspiring – Superwoman doesn’t come close’.

They added that Sofia had met every challenge magnificently and was hugely influential in increasing the traffic to the Pulse news section, by ensuring coverage of the most important stories.

Pulse editor Jaimie Kaffash said, as it had been for everyone, last year was a tough year for Pulse and the pandemic hit just as Sofia returned from maternity leave.

‘The Pulse news team produced more and more stories that were vital for GPs, with a smaller team than ever. We broke huge exclusives, sending out multiple breaking news a day.

‘Sofia was at the hub of this, being an absolute superstar and her knowledge of general practice puts me to shame. “Superwoman” is certainly an understatement,’ he said.

The accolade adds to a number of awards Pulse has won in recent years including for its Covid coverage.

Does this ”unsung hero” and ”superwoman” ever see any patients?