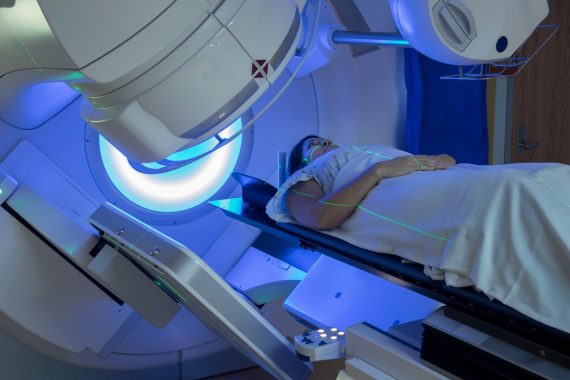 Community pharmacies in England will be asked to spot early signs of cancer and be able to refer patients directly for scans as part of an NHS pilot.

Those with symptoms including a cough lasting for three weeks or more, difficulty swallowing or blood in their urine will be referred for scans and checks – without needing to see a GP – if staff think it could be cancer.

Announcing the plans at the NHS ConfedExpo conference in Liverpool today, NHS chief executive Amanda Pritchard said it will fund pharmacists to spot and have more conversations with people who have signs of cancer but might not have noticed symptoms.

In addition, the NHS said it will deploy roaming ‘liver scan trucks’ from June 2022 that visit GP practices, town centres and foodbanks to encourage the uptake of quick, non-invasive scans.

It will also launch a programme of genetic testing for BRCA mutations – genes that can raise the risk of breast and prostate cancer – for people with Jewish heritage who are at higher risk of mutations, with up to one in 40 people affected, compared with one in 400 among the general population.

This is expected to identify thousands more BRCA carriers over the next three years so they can seek early access to further surveillance and prevention programmes.

Ms Pritchard said the pilot was ‘another way in which the role of community pharmacy is being recognised as a vital part of NHS primary and community care’.

She added: ‘These plans have the power to transform the way we find and treat cancer and ultimately, spare thousands of patients and families from avoidable pain and loss. And wider than that, they can be a great example of how the NHS should make every contact with the public count.’

Health and social care secretary Sajid Javid said that ensuring patients can access diagnosis and treatment in their communities and on high streets was ‘a fundamental part’ of the Government’ 10-Year Cancer Plan for England, expected this summer.

Ms Pritchard and Mr Javid both also used today’s conference to express that the current model of primary care is ‘not working’. With Mr Javid saying pharmacy would be first out in a ‘plan for change’ due to be set out ‘shortly’.

‘The community pharmacy cancer diagnosis pilot is a great opportunity to further expand the clinical role of pharmacy teams, increase early detection rates and improve outcomes for patients. This initiative builds on the skills of a highly trained workforce and the fact that pharmacy staff know their patients well and see them regularly.’

Community pharmacy can – and should – contribute to tackling the backlog in cancer diagnosis and treatment in the wake of the Covid-19 pandemic, Pulse’s sister title The Pharmacist has previously reported.

Experts have warned that the Covid-induced cancer backlog could lead to tens of thousands of extra deaths, with referrals of suspected cancer falling by 350,000 in March to August 2020 compared with the same period in 2019, and some 40,000 fewer people than normal starting cancer treatment.

Sadly they both seemed to believe that what they are saying is meaningful.
Neither has a clue about General Practice or Primary care.
Mr Javid in particular struggled to understand that peoples health might be affected by crime, or lack of affordable housing, or having no money.

The idea of transactional, biological events which are discrete and understood is a fantasy.
All health is integrated into life and social interaction.
Integrated care systems can deliver on this, but not with the leadership they are given.

The person showing insight into that at the conference was the Google Health Chief.
She helped bring New Orleans back from the chaos that we are driving towards.

In other news I tried to triage a patient to the Community Pharmacy Consultation Service this week for hayfever but it was not allowed – because the patient has asthma also.

I have no issue at all with this.

Because you’re not paid for 2ww activity but instead sent all the health anxiety drivel from media and TV. But I would like to know what incentive they get and tariff? Then you will be miffed. Like their opportunistic BP monitoring. I hope they send all these summer moles in quick time, it’s getting quite boring. “My boyfriend said…”

Joined up thinking and considered responses as usual. How does this square with the delays in treatment already causing major problems with cancer care from BBC news?

The data showed cancer services were also struggling.
Some 21% waited more than two weeks for a check-up with a cancer specialist in April after an urgent referral from a GP.
And 35% waited more than the target time of two months for treatment.
Prof Pat Price, co-founder of Catch Up With Cancer, said: “It defies all reason that government can look at these cancer statistics and not see a crisis. We are desperately short of treatment capacity.

“Increasing diagnosis means nothing if all we do is pile backlog patients onto sky-high waiting lists.”

Fund anything but General Practice is the motto.
If using Clinical Pharmacists, those working within General Practice have far better training and understand clinical systems better than community pharmacy.
But why do something that makes sense?