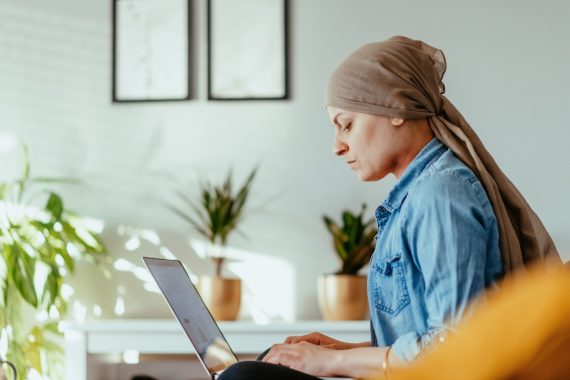 Clinically extremely vulnerable patients are expected to be told to contact their GP for Covid advice as the Government is preparing to end all guidance for the group, it has been reported.

Under new plans, expected to be confirmed shortly by the Government, the term ‘clinically extremely vulnerable’ (CEV) will be dropped altogether due to the ‘success of the Covid-19 vaccination programme’.

It comes as the shielding programme for CEV patients was formally ended in September last year.

The i paper has claimed that the Government will offer no further guidance on how to manage Covid risk for around 2 million CEV people, as part of a wider push to live with the virus.

The responsibility to advise people who are CEV will instead fall to GPs and consultants, with those patients advised to contact their practice, it said.

However, these people have not yet been contacted instructing them to do so.

Advice on antivirals, therapeutics and further Covid vaccines is still expected to be offered to people with severely compromised immune systems.

Lord Kamall, the parliamentary under-secretary for the DHSC, is reported to have revealed the change in a written response to Baroness Sal Brinton, a Liberal Democrat peer.

She told the i paper: ‘It’s now down to GPs and consultants to tell their patients what precautions to take, but even that requires the Government to explain this to clinically vulnerable people, which they haven’t.’

Plans to scrap all remaining Covid restrictions are expected to be announced on 21 February, next Monday, with self-isolation rules rumoured to be dropped for people who test positive for Covid.

Free Covid testing is also expected to be axed from next week, according to reports.

When asked if the report is accurate, a DHSC spokesperson said: ‘We have issued public health advice for people whose immune system means they are at higher risk of serious outcomes from Covid-19. This advice remains in place.

‘Those previously considered clinically extremely vulnerable are advised to follow the same guidance as the general public, but to consider taking extra precautions to reduce the risk of catching Covid-19.

‘Vaccines are the best way we can protect ourselves from the virus and we encourage all those eligible to get their jab as soon as they can.’

The DHSC said that the success of the vaccination campaign led to the Government ending the shielding programme in September last year, adding that identifying people as CEV is ‘no longer necessary’.

The news comes as CEV patients are now eligible to receive antiviral and monoclonal antibody treatment if they test positive for Covid.

NHS England has said that GPs will be required to refer a ‘modest number’ of patients who could be eligible for antiviral treatments against Covid but may not be automatically alerted.

Vulnerable children over five should be offered Covid vaccination

Try and avoid contact with the virus
Im sorry its microscopic and you cant see it, but that’s the only way to not catch it!