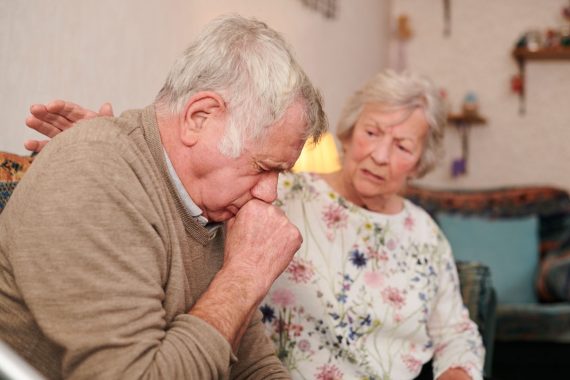 Covid-19 cases may have started to level off in England after the highest-ever prevalence, but experts are concerned about a rise in infections among older people.

One in 23 people were found to be infected with Covid-19 during the latest round of the REACT study, which took swabs from 100,000 people between 5 and 20 January.

Professor Paul Elliott, director of the REACT programme from Imperial’s School of Public Health, said: ‘There is good news in our data in that infections had been rapidly dropping during January, but they are still extremely high and may have recently stalled at a very high prevalence.

‘Of particular concern is that there is rapidly increasing prevalence among children now they are mixing more following the start of the school term and, compared with December, prevalence in older people aged 65 and over has increased 7-to 12-fold, which may lead to increased hospitalisations.

‘It’s therefore vital that we continue to monitor the situation closely to understand the impact of the Omicron variant, which now makes up almost all infections in the country.’

The data also showed that almost two-thirds of positive cases picked up by the study had reported a previous confirmed Covid-19 infection.

But it is not clear what proportion of these are reinfections or recent infections picked up due to the sensitivity of PCR testing, the researchers said.

‘The impact the vaccination is having on preventing severe disease and hospitalisations is clear to see.

‘To ensure we continue on the downward trend and protect our communities, it is still important for us all to follow public health advice, particularly in crowded spaces and areas of poor ventilation. If you are visiting friends and family, make sure to take a test before going out.’

Take our two-minute survey on the Covid vaccine mandate