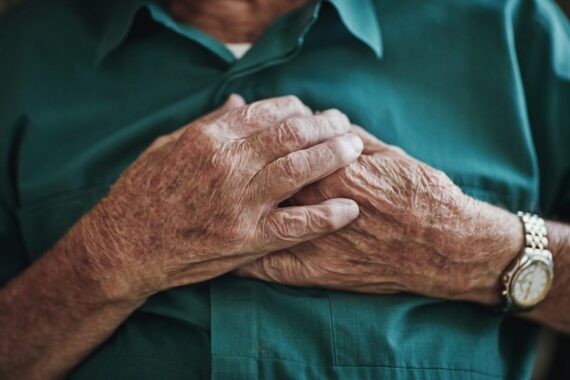 NICE has rubber-stamped the approval of a new drug for GP patients at high cardiovascular risk because of raised triglyceride levels.

Icosapent ethyl could now be prescribed by GPs in around 425,000 people in England and Wales after the final technology appraisal was published yesterday.

The oral drug is recommended for adults with a high risk of cardiovascular events and raised fasting triglycerides (1.7 mmol/litre or above) who are taking statins.

However, they must also have established cardiovascular disease, such as a previous stroke, heart attack or a diagnosis of unstable angina, and LDL-cholesterol levels above 1.04 mmol/litre or lower than or equal to 2.60 mmol/litre.

In making the decision, the committee said there were no other treatment options to reduce the risk of cardiovascular events in people taking statins who have controlled levels of LDL-C but raised levels of triglycerides.

It comes after clinical trials showed icosapent ethyl reduced the risk of cardiovascular events in this group compared with placebo.

A double-blind randomised phase three clinical trial of more than 8,000 patients over an average of 4.9 years showed a 25% relative reduction in the risk of future major adverse cardiovascular events.

The new treatment will be given as two tablets taken twice daily. It costs £144.21 per pack of 120 capsules, although NICE noted that local procurement deals may apply.

To be eligible for the drug, patients must be taking a statin.

The mechanism of action of icosapent ethyl is not fully understood, NICE noted, and in addition to reducing triglyceride levels, it may also have localised anti-inflammatory effects, regulation of lipid metabolism gene transcription, antithrombotic effects and plaque reduction.

When publishing the draft guidance last month, NICE said it had worked closely with the drug manufacturer Amarin, to ‘identify the population most likely to gain the greatest benefit from icosapent ethyl, striking a balance between effectiveness and the best use of public funding’.

Last month, an international panel of experts concluded that additional cholesterol-lowering drugs should be offered to those with a high cardiovascular risk already on a statin.

Basically Fish oil (remember the Omacor saga).
But the real headline is what we already know is going on in NICE: a bit of shoulder rubbing with US friends and adopting Americanised models of consumerism:

This is a useful pictorial.

Basically, in the US (and UK little sibling now) – they make you fat, clogged up, inject your foods and give you the cancers – then send you into pain, inflict social orchestrated misery, fear, loneliness and anxiety on you and your children (let’s not start the ADHD discussion), create something called the ICD-10 which is perversely no better than gun lobbyists and sprinkle you with the bonus of heartburn (after some of their liquors are sunk and fast-food and that imported stuff which the UK is the gateway for for Europe called crack cocaine) and then add some infections because your immune system is so futile and antibiotics kill – killing is good apparently.
Healthy living.
Progressive medicine.
https://www.visualcapitalist.com/ranked-the-most-prescribed-drugs-in-the-u-s/

New NICE guidelines 2023 – How to practice like a US physician in an ICS and be vertically integrated into the GRID.

“…the committee said there were no other treatment options to reduce the risk of cardiovascular events in people taking statins who have controlled levels of LDL-C but raised levels of triglycerides.”

For anyone with metabolic syndrome (aka insulin resistance syndrome), which has triglycerides of >1.7 as a diagnostic criteria, a reduction in dietary carbohydrate leads to a decent reduction in triglycerides. Plus this approach typically improves blood pressure, waist circumference, weight, blood glucose, and HDL-cholesterol. https://www.ncbi.nlm.nih.gov/pmc/articles/PMC6629108/

In the spirit of shared-decision making, I hope patients have this discussion prior to being commenced on a medication.