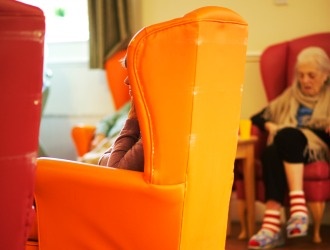 Care homes across the UK accepted patients who tested positive for Covid-19, two surveys have showed, and could have been pressed into doing so.

A snapshot survey of care home staff, run in July and August by Pulse’s sister title Nursing in Practice, found four out of 12 respondents had taken on one or more positive Covid-19 patients discharged from hospital.

Separate research from the Queen’s Nursing Institute charity, carried out in May and June and published yesterday, found a fifth (21%) of 163 UK care homes received positive Covid-19 patients from hospital.

A care home manager based in the West Midlands, who did not wish to be named, told Nursing in Practice  that hospitals put care homes ‘under pressure’ to accept patients positive or untested for Covid-19.

They said their own care home declined to accept any confirmed or possible cases, adding: ‘At the end of the day, I need to keep my residents safe and Covid-free.’

The son of a Covid-19 patient appeared to back this up on Twitter, posting that a hospital tried to discharge his father, who had tested positive for the virus, into a care home:

Days before my Dad died they tried to discharge him back to his care home. Both we and the home said “obviously not”… but they tried. Covid positive with days left to live & they tried to put him in a big house with lots of other old people! ‍♂️ https://t.co/f5838Ba2qp

Other family members’ have posted personal experiences on Twitter that seem to confirm people with Covid-19 were discharged into care homes:

My Mother was discharged from hospital to her care home on Saturday. She was meant to be in a covid-free part of the hospital. She tested positive for Covid on discharge. Now the Only covid resident in a panicked care home. We are waiting for the symptoms to start. FFS.

My step mum was covid 19 positive and was discharged back to the care home where she died 3 hrs later, how is that a safe discharge?

Nearly half (43%) of respondents in the QNI survey also said they took untested hospital patients into their care home before mandatory testing prior to discharge was introduced on 16 April.

He continued: ‘This combined with shortages of PPE exacerbated the problems at the onset of the pandemic putting care homes into the epicentre.’

Last month, the Public Accounts Committee called the advice to hospitals to discharge around 25,000 hospital patients into care homes without testing them for Covid-19 was an ‘appalling error’ and ‘reckless’.

In England, guidance states that patients with Covid-19 can be discharged from the NHS into social care, as long as the care home is told they are positive.

In contrast, since April, Scottish guidance has specified that patients must be tested as negative for Covid-19 twice before they are moved into a care home.

Although, reports from the Scottish newspaper the Sunday Post have revealed that positive patients were discharged into care homes during March and April in Scotland.

The Government made testing available to all social care staff and residents in May but employees have not been tested weekly over the summer, as the Government promised in July, after there were delays in tests being delivered.  The Government’s latest date for regular testing in care homes is 7 September.

The QNI survey of care home staff, carried out in May and June, also found:

Care homes were particularly badly affected by the pandemic, with thousands of residents dying. During the peak of the virus in England, 27% of all deaths were recorded in care homes although Public Health England warned deaths might have been under-reported.

The news comes as NHS England has said it does not expect all GP practices to need additional funding for support they have provided to care homes during the pandemic.

In April, GP practices were told to start virtual weekly care home rounds from May as NHS England moved into the ‘second phase’ of its response to the Covid-19 pandemic.

Since then, there has been some confusion regarding the contractual status of the service, as well as funding.

NHS England initially linked it to the PCN DES, by saying key parts of it were being brought in early, but later said it was not part of the DES, only clinical advice at this time.

But it then added that if universal coverage of care homes was not achieved across the country, ‘regulation’ may be brought in.