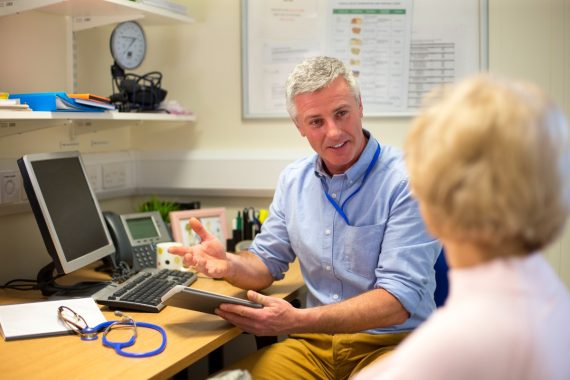 GPs carried out 4.5 million more appointments last month than they did in December 2020, the latest data from NHS Digital shows.

It brings the total appointments delivered in general practice to 367 million for the year – the highest ever and 17.% higher than for 2019 before the pandemic happened.

The BMA said the figures highlighted that the pressures on general practice were ‘simply not sustainable’ particularly against a backdrop of fewer GPs.

A total of 29.1 million appointments happened in general practice in December of which 3.9 million were Covid vaccinations, figures show. This compares with 24.5 million in the same period the previous year and 24.1 million in 2019.

Around 46% of appointments took place on the same day they were booked and 61% were face to face.

GPs were under immense pressure in December as the Government brought forward the target to offer all over-18s a Covid booster by a whole month as the Omicron variant led to rising infections.

More than three quarters of eligible adults had received their booster vaccination before New Year’s Eve after a push that saw 1.5 million vaccines given in the weekend before Christmas.

Health secretary Sajid Javid has proposed a ‘national vaccination service’ to ensure GPs do not have to stop routine care again and has suggested this could also cover other jabs as well as Covid.

Dr Farah Jameel, BMA GP committee chair for England, said in December the Prime Minister had put out a call to arms, making the booster campaign the national priority.

‘General practice responded to the call and delivered 3.9 million vaccination appointments that month.

‘We now know that this booster wall of defence kept our sickest and most vulnerable safe and out of harm’s way. Yet again, GPs and their teams vaccinated this country out of crisis.

‘As a result, GP appointment figures for December were a staggering 20% higher than two years ago. And as well as vaccination rollout, we continued to care for patients with Covid, and deliver the day-to-day care our communities needed.’

Dr Jameel said GPs and their teams were now also facing an extraordinary backlog of care – not only from patients with currently undiagnosed conditions, but also those currently waiting for hospital treatment yet there is the equivalent of 1,756 fewer fully qualified full-time GPs in the country compared to 2015.

‘There are no more hours in the day to cram in any more work and no more staff to stretch any thinner.

‘As well as creating and delivering solutions to bolster the workforce, Government must urgently scrap unnecessary administrative tasks and other unachievable targets if we’re to stand a fighting chance of getting on top of current demand.’

Some explanation is needed as to what is being counted as an “appointment”; like many patients I haven’t seen a GP for two years, and was obliged to see a Consultant privately when needing medical care as it was not possible to get a GP appointment with my nhs Practice.

Who really cares, you’re not paid by tariff, so the numbers are meaningless. Aim to do less. Place some value on follow-up. There’s your solution.

“Some explanation is needed as to what is being counted as an “appointment”; like many patients I haven’t seen a GP for two years, and was obliged to see a Consultant privately when needing medical care as it was not possible to get a GP appointment with my nhs Practice.”

Fixed it for you Dave!