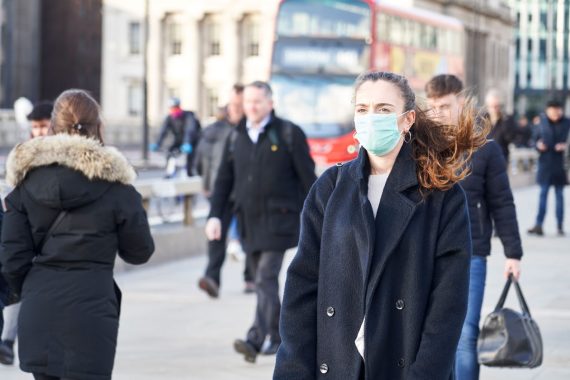 Exclusive Only around 13% of Covid vaccines will be delivered by GPs in primary care networks in London, provisional plans obtained by Pulse reveal.

A further 8% of the one million vaccines to be administered every week at the peak of the programme in the capital will be provided by ‘roving units’ – 171 roving cars that will be staffed by primary care.

The figures were laid out in a slide presented to CCGs in the capital last week, and reveal that the vast percentage – around 700,000 a week – will be given through mass vaccination centres.

GP leaders say that the plans will be dependent on the characteristics of the vaccine, but regardless of that, they do spell out the potential capacity of the mass vaccination centres to take on the vast bulk of the work if needed.

The slide reveals that at the peak of the programme:

However, these plans were presented before the announcement of the effectiveness of the Oxford AstraZeneca vaccine this morning.

The London plans were based on PCN groupings doing around 975 a week – which is necessary number needed for the Pfizer vaccine due to issues around storage. However, the Oxford AstraZeneca vaccine does not seem to have these logistical barriers.

Dr Michelle Drage, chief executive of Londonwide LMCs, said: ‘The plan is vaccine dependent. Today, we have two viable vaccines with different properties. So it raises questions about whether this is relevant.’

However, she added: ‘Based on the vaccine that these plans were built on [Pfizer], it certainly looks like the majority of vaccines could be given outside of PCN groupings. The nature of the vaccine might change all that. And of course we still haven’t seen the specifications.’

This follows a story in the HSJ that, in the country as a whole, the largest proportion of vaccines will be carried out by GPs through PCNs. The story has been disputed by NHS England and was released before the Oxford AtraZeneca announcement.

According to documents seen by HSJ, GP practices are to help vaccinate under-50s against Covid-19 by the end of January with the aim of all England’s population being vaccinated by early April.

A leaked copy of NHS England’s national plans reveals 33.9 million vaccine doses – the largest proportion – will be carried out at ‘community mass vaccination sites’, understood to be designated GP practices open 12 hours a day, according to HSJ, which has seen the proposals.

The proposed timeline included in the leaked report is:

An NHS spokesperson said of the London documents: ‘These earlier draft slides are no longer up to date relative to the latest information from companies on likely supply schedules, and as there is of course as yet no authorised vaccine in the world the NHS is having to plan for many different scenarios.’

I am so pleased that after being put on red alert to arrange vaccinations from December 1st (source BBC news) we have now been stood down – but not after frantic running around trying to arrange said vaccination plan. I would write more but i have to go and arrange some more meetings to see how we can arrange mass vaccination of the over 50’s for flu – as I heard on the TV (source bbc news) we are starting that next week too (unless they suddenly decide to get someone else to do it ).

no vaccine for me

i am retired but would not give vaccine

’Nightingale’ style centres, with each pod carrying out around 520 vaccinations per day is not a mass vaccination programme (other than doing 7-dauys a week for months). If only those intend to drive themselves home now need to wait 15minutes, surely they can wait in their own cars. The rest then can be as a fast walk through. If one nurse supported by an assistant to help draw up the vaccines can vaccinate at rate of 1minutes (our flu clinin was 1.5min limited rate of patients in a single line climbing stairs) then provided receptionists been ticking patients off a list and thus already vetted entitled. that would be 150 in a 2.5hour session. Scaling up a large nightingale centre surely could have 10 vaccinators at a time and so do 1500 in a half day, 3000 in a full day ? If 194 pods then potentially 582,000 a day in the pods alone, or 2.9 million a 5-day week. This gives rate of 1.5million patients having two-vaccinations over time (10 weeks for quater UK population).