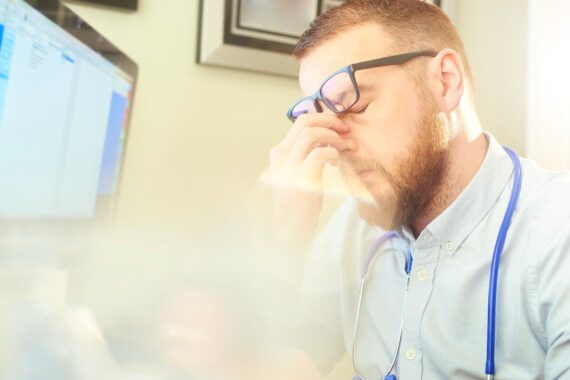 A new digital firearms marker function has been paused on EMIS just a week after it was launched due to concerns over the ‘accuracy’ of the tool.

The digital firearms marker provides GPs with alerts during both the application process and the lifecycle of an issued firearms licence.

It was launched two weeks ago, but the tool was temporarily stopped on EMIS systems last Friday following requests to pause it from the BMA because it was ‘causing too much trouble’ for GPs.

The BMA GP Committee’s latest bulletin said: ‘There will be a temporary pause on the digital firearms marker for practices using the EMIS system, effective from the evening of 14 July.

‘The digital marker system on EMIS should be back up and running after a few weeks, and after it has been cleared through the [BMA and RCGP] joint general practitioners IT committee.’

It added: ‘This temporary pause is to address some issues that have been communicated by GPs and practices and to enable testing of the accuracy and completeness of the flags that are currently popping up. The TPP system will continue to run during this time.

‘We hope to be in a position to provide an update on the digital marker soon.’

BMA lead for firearms licensing policy and Derbyshire GP Dr Peter Holden told Pulse that the digital marker system on EMIS had been producing ‘false positives and false negatives’, with flags popping up on the records of people that shouldn’t have them.

He said: ‘With EMIS what happened was it started going backwards – it threw up a shedload of problems. Everybody is so fed up that we asked EMIS to stop it on Thursday night [as] it was causing too much trouble.’

Dr Holden added: ‘We were told about two months ago that it was all ready to go. We assumed that they would deliver what we’d asked and unfortunately they have not.

‘What was asked for was a thing like the sepsis flag, which comes up and you have to click a button to clear it down, which gives you several options to do. We didn’t get that.’

He said: ‘What EMIS has delivered is something that puts a flag up, and you can’t find out why the flag has come up until you’ve cleared the flag.

‘That in itself is dangerous, because you get an interruption and you come back and you forget where you were at and you move on, in which case the salient point gets missed.’

NHS England was in charge of rolling out the firearms marker, with the Home Office supporting the venture financially, but Dr Holden stressed he was ‘not seeking to apportion blame’.

While the BMA understands the tool is working for practices with a TPP system, Dr Holden said: ‘Whether it’s what we ordered, I don’t know.’

He added that he hopes the firearms markers will be up and running again on EMIS by the end of August.

A spokesperson for NHS Digital told Pulse: ‘One of our GP IT system suppliers has temporarily disabled the digital marker system relating to the health of firearms holders while it works on a technical issue with the automatic alerts.

‘Where the marker has been disabled, GPs will continue to be able to use the pre-existing manual system when a firearms application is received until the issue is resolved. Public safety is not affected.’

Pulse has also approached NHS England and EMIS for comment.

New guidance on firearms licensing was published late last year but the digital firearms marker, which can be added to patients’ records as a reminder to GPs, was launched at the start of this month.

When a firearm or shotgun certificate is granted, the police will contact the applicant’s GP to ask them to add a firearms marker to the patient’s medical record on a ‘best endeavours basis’.

The marker will be a reminder to the GP that they ‘may need to notify the police if a person begins to suffer from a relevant medical condition, or a relevant condition worsens significantly, specifically when this may affect the person’s ability to possess a firearm safely’.

Dr Holden previously warned that the new markers would not be ‘an overnight solution’.