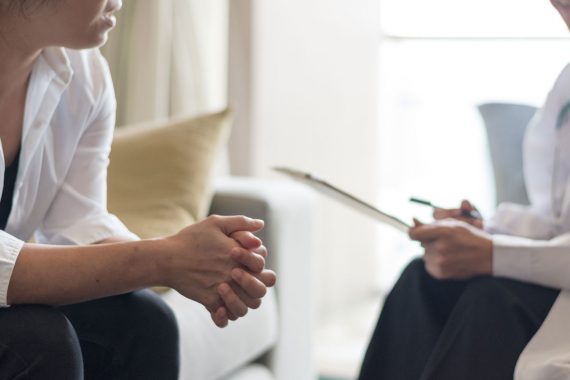 The Government has launched a mental health campaign as half of adults in England have said the pandemic negatively impacted their mental wellbeing.

The new ‘Every Mind Matters’ campaign is the first to be launched by the new Office for Health and Improvement and Disparities (OHID), which took on some of Public Health England’s (PHE) functions this week.

Research commissioned by OHID found that 49% of adults in England said the pandemic had a ‘negative impact on their mental wellbeing’, while more than a third (34%) said they ‘they did not know what to do to help improve’ it.

Younger adults were found to be ‘struggling the most’, with 57% of 18-34-year-olds reporting a negative impact on their mental health and more than four in 10 (44%) saying they did not know what to do, the research found.

The campaign urges the public to find ‘what works for me’ and empowers them to look after their own mental health by directing them to free practical tips and advice, the Department of Health and Social Care (DHSC) said.

After answering five simple questions on the campaign platform, users are given a tailored ‘mind plan’ with personalised tips to help them ‘deal with stress and anxiety, boost their mood, sleep better and feel more in control’, it added.

More than 3.4 million individual ‘mind plans’ have been created since the first ‘Every Mind Matters’ campaign was launched in October 2019.

NHS and local authority partners, as well as commercial and third-sector partners, will also ‘share mental health messages’ as part of the campaign.

Minister for care and mental health Gillian Keegan said: ‘The public showed great resilience throughout the pandemic, but it has served as a stark reminder that we all need to look after ourselves not only physically, but mentally.’

The campaign, which will feature a TV advert voiced by actor and presenter Stephen Fry, is backed by a coalition of mental health charities.

It is the first to be delivered by OHID, which launched on 1 October to replace PHE in its health improvement and health inequalities roles and is led by chief medical officer Professor Chris Whitty.

And it comes as new research by the Health Foundation has estimated that 300,000-730,000 additional referrals for mental health services could be made each year in the wake of the pandemic.

The think-tank warned that this would place ‘significant additional pressure on general practice’.

The new UK Health Security Agency (UKHSA) also launched this week, bringing together PHE, NHS Test and Trace and the Joint Biosecurity Centre to protect the population from future health threats, as well as continuing to tackle Covid-19.

It comes as the Labour party has pledged that all patients will begin mental health treatment within one month, should the party come into power at the next general election.

And last month, the Royal College of Psychiatrists warned that double the number of children and young people are being referred to mental health services than before the pandemic.

Meanwhile, a new study has shown that patients who discontinue antidepressants after long-term use run a significantly higher risk of depression relapse than those who continue to take the medication.