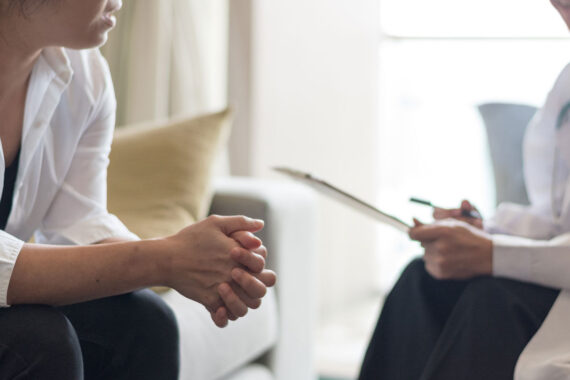 Exclusive NHS pressures mean two thirds of GPs are having to provide specialist mental health support beyond their competence, a Pulse survey has found.

Of over 500 GPs surveyed, 70% said they were providing mental health support outside of their competence to children, and 63% said the same for adults.

The survey asked GPs about the impact of the Covid-19 pandemic on mental health services. Among the types of support GPs said they were having to provide were:

He said: ‘We are an area that has an incredibly limited eating disorder anyway and while we have not seen any change in that service… in the pandemic, we have seen people with eating disorders deteriorate in terms of their symptoms and eating behaviours.’

According to Dr Evans, there have been ‘absolutely loads’ of situations over the last two years where secondary mental health services have tried to pass work over to GPs.

This includes requests to take on the prescribing of antipsychotics before a patient has been stabilised, to initiate patients on ADHD medication, perform weekly ECGs and bloods for eating disorders, and prescribe for and monitor patients with gender dysphoria, he said.

The survey also found that one in 10 respondents said they have to initiate antidepressants for children and young people at least once a month due to a lack of options.

A GP in Wiltshire, who wished to remain anonymous, said: ‘There have been reports of local GPs being asked by CAMHS to initiate medication in under-18-year-olds.

‘I have always rejected these as outside of my competence [but] he problem is that patients are often caught in the middle.’

The survey highlighted the rise in mental health issues seen during the pandemic, with GPs reporting that around 38% of consultations now have a mental health element, compared to 25% pre-Covid.

At the same time, access to services has become more difficult:

The numbers were similar for CAMHS:

One GP based in South East London said: ‘I have not had a CAMHS referral accepted for at least the past two years – all rejected as “not actively suicidal, discharged to GP”.’

Another respondent commented: ‘CAMHS reject every single referral, even in children presenting to hospital with overdose.’

Dr Dave Triska, a GP in Surrey, told Pulse he is managing crisis situations in primary care ‘all the time’ and is struggling to get patients seen by secondary care services.

Earlier this year, he was unable to get a patient with florid psychosis seen by one of the emergency teams, he said.

‘The end of the journey for them was being sectioned for something that was preventable, but the service wasn’t there.’

Pulse’s survey also revealed that the waiting times for some specialist services – such as ADHD and autism assessments for adults and children – are exceeding 18 months.

NHS England is currently working on a draft plan for mental health waiting-time standards, which include a 24-hour target for urgent mental health care. However, it will be subject to Government approval.

Health professionals have also been invited to give evidence to inform the Government’s new 10-year plan for mental health, which aims to reduce the number of people who go on to develop mental health problems.

The special Pulse survey was launched in April 2022, collating responses using the SurveyMonkey tool, and was answered by 569 GPs. It was advertised to our readers via our website and email newsletter, with a prize draw for £100 John Lewis vouchers as an incentive to complete the survey. We used midpoint analyses to work out averages for waiting times and proportion of consultations with mental health problems.

*Spending ten minutes trying to manage a problem that secondary care would take an hour over is manifestly unsafe.*
Yet another example of a failing system looking to general practice to bail it out. NHSE makes a big deal about whistleblowing, but can’t recognise such egregious and obvious clinical risks on a systemic basis.
We can’t bail them out because we don’t have capacity due to years of underinvestment and no sensible NHS workforce plan. This was entirely predictable, and is entirely NHSE’s fault.
If we accept that this level of MH risk management alongside long waits is now part of our role the commissioner/ICS will continue to exploit us, the long delays for care will continue, and the problem will never get solved.
There is a problem here – but it doesn’t belong to us.
I would suggest that each MH provider sets up an ‘accountable officer’ service where people struggling to get appointments can register their unhappiness and flag up any escalation in their problems – the results of which should be shared on a monthly basis with the local commissioner/ICS, MP, Healthwatch etc etc until something is done.
I would also suggest that GPs do NOT accept any ‘bounce-backs’ from the service. If you think they need assessment, insist on it, whatever the MHT triage service says.

There is a big lie going on in the NHS .
That mental health is taken seriously – it isn’t. Not by this Government – suicide rates are up, anti-depressant rates are up – misery, loneliness, anxiety and boredom are all up. The human world is a sick place, created by the policy makers who are fuelling anxiety to create business at the other end. And General Practice is this bludgeoned sponge – surrogating for ghost and fictitious services – and rejected CMHT referrals – and holding the “crisis call” for a Crisis service not fit for purpose. Soon A+E will need more bays for the psychiatric patient – seen 12 hours later – and those many GPs have never done a psychiatry firm or liaison training (not their fault) – will hopefully one day know where their limitations lie, and to push back the wave of blame and neglect left at your door. A whole specialism, like geriatrics and gynaecology and you name it, flogged off to the good-willed generalist. Hospitals have no clue what avalanche is sitting out there in the community.

The system is broken. Now GPs are leaving in droves. It is no longer worth working or doing more.

Reply
Unsuitable or offensive? Report this comment
Jonathan Heatley 10 May, 2022 11:58 am

I asked our PCN if we could have social prescribers for mental health. They explained they would not be able to do this as there were no services for them to refer the patients on to! Faced with largely non existent mental health care I have read the Maudesly pharmacology manual a couple of times through and now provide a lot of care that should be the provision of specialist services. We have had a fast throughput of consultants to the point that none of us know who if anyone is in post. I get the feeling that there is money to recruit but no one out there to fill the posts.

If GPs all ‘worked to rule’ the NHS would sink very quickly. I suspect powers that be have NO IDEA of the risks we GPs take to try and keep a sinking ship afloat.

It is not just mental health. This survey captured exactly the ideology of Jaimie’s editorial right now : ‘’The [insert specialty here] referrals crisis’’ ( I had laid down my comment under the article)
We , NHS GPs, always have the code ,conscience and capability to travel the furthest distance to help our patients , especially those with multiple complex problems .
But ( always a but), competence is another matter and will become a serious problem (occasionally disaster) if GPs are forced to go beyond their boundary of competence because they really want to save their patients despite a totally broken system . (thanks to our politicians , stakeholders , certain ignorant and/or devious media and even the a academic up the ivory tower ) .
One of the main principles laid down by GMC about going beyond a clinician’s competence is crystal clear .
(If you are a Star Wars fan , you would remember why the Jedi knights were extinguished , exterminated completely( leaving one last one) not because they were ‘bad’ and did the wrong things . They were destroyed exactly by duplicitous , power-thirst political enemies obsessed with the dark side . )
Coming back to our reality , I accept the argument , ‘’There is no fundamental difference between GP’s and hospital specialists. Most GP’s could provide most specialist care with suitable time and training.’’ And there are indeed many good GP with extended interests with ample knowledge in different specialties.
I , myself , had a diploma and master degree (Cardiff University) in practical dermatology and used two dermoscopy machines everyday .
But I will NEVER call myself a specialist . I remain as a generalist because of both the ethos and telos of a generalist . Generalists are there to practise the ‘art of medicine’ not just the science .
However , when it comes to safety , the art is exactly about getting special help sooner rather than later when things appear to be more ‘complicated’ . This system is currently failing us(all frontline colleagues ) and therefore our beloved patients .