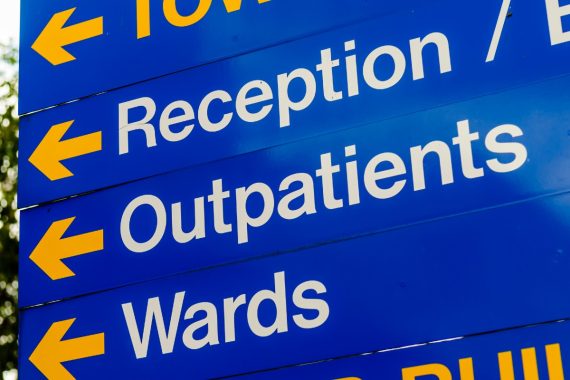 A new triage system introduced for neurology referrals in Nottingham is likely to have had ‘minimal impact’ on GP workload, the head of the department told the local Health and Scrutiny Committee today.

Speaking about changes which have led to a report by The Doctor that 40% of referrals being returned with advice and guidance, consultant neurologist Dr Jonathan Evans said recommendations made to the GP may be around trialling a new medicine which is similar to what would happen when seeing someone in an outpatient clinic.

But he added the department had accepted they needed to do more to facilitate referrals to other services rather than ask the GP to do it and they were putting in systems to address that.

The committee heard that some GPs had raised concerns about the changes, where neurologists had started to ‘vet’ all referrals and had said a proper consultation with primary care had not been done before they were introduced.

Data presented to the committee said 57% of those returned to the GP had a bespoke advice and guidance letter. Another 17% were patients who probably should and would be seen but more information was needed to decide what clinic they needed.

In all, one in five needed to be seen by another department and ‘we acknowledge we could do more to activate that referral ourselves and we’re doing that’, Dr Evans said.

He told the committee the changes were in line with NICE guidance and meant that patients who really did need to be seen could get an appointment in 16 weeks rather than waiting a year or more as happened in other areas of the country.

While the changes were not solely about capacity, the department is short-staffed he said with only 15 consultants serving Nottingham and surrounding counties including Leicestershire and Lincolnshire compared with Sheffield for example who had 30 consultants.

They are putting together a business case for more staff but also different pathways for example in how patients requiring a neurologist are seen after emergency admission.

He said: ‘We find making a recommendation to trial a medication may not substantially increase the GP workload over and above what would happen if they were seen in clinic,’ he said but that it meant patients did not have to wait as long.

‘It’s not for me to manage the workload of GPs, I have patients telling me it’s easier to see a neurologist than it is to see a general practitioner, read into that what you will.

He added: ‘Decisions are being made that impact on GP workload. I’m not sure I’m in a position to dictate how they should be spending their time. All can say is that the additional work from what we are doing in this triage is in my view minimal.’

It was acknowledged at the meeting – also attended by Dr Keith Girling, medical director at Nottingham University Hospitals NHS Trust and Dr Stephen Shortt representing the ICS – that while signed off in principle by the CCG, the amount of consultation and communication done with local GPs had been insufficient.

Councillor Georgia Power, chair of the health and adult social care scrutiny committee at Nottingham City Council, recommended that more was done to consult with primary care and patients when changes of this size were made and called for as much support as possible for system working.

In response to a question about taking responsibility if a patient is sent back to a GP then was later discovered to have an issue which should have been seen by a specialist, Dr Evans said: ‘Effectively when we are returning a referral with advice and guidance, assuming that’s what happened rather than a request for more information, we are passing responsibility back to the GP.’

He added that should a patient re-present to the GP they could make another referral but their audit data showed them those instances were few and far between.

Dr Irfan Malik, a GP in Nottingham who had raised concerns about the changes, told Pulse that returned referrals with ‘advice’ was creating a significant amount of work.

‘We have letters with up to seven action points for us to complete with the patient, sometimes involving referral to another speciality.

‘My patients that were not seen have subsequently paid to get a private neurological opinion. These patients wouldn’t appear in their audits of patients returning to them.’

He added: ‘The neurology department clearly has poor insight into the impact of the enhanced vetting policy on primary Care, which has resulted in up to 50% of referrals returned with advice.

‘The drastic change in GP referral management has been poorly communicated to GPs and patients leading to the City Council Health Scrutiny Committee being involved.’

‘Unfortunately, we don’t have the capacity to mop up the extra work generated from neurology outpatients.’

The plans were first revealed in draft guidance seen by Pulse in February, which set out that GP A&G ‘could contribute an estimated six percentage points’ towards the target of ‘over 10% more’ activity.

Several high profile litigations from patients with late diagnoses of (for example) MS/MND via rejected referrals will soon put a stop to this nonsense, with a Panorama special thrown in for good measure….. “My GP knew there was something amiss, but the Consultant refused to see me”.
A recent patient had a 2WW referral rejected. If God forbid she has an underlying cancer, I hope she sues the arse off these arrogant wiseacres.

I don’t see why the hospital here can make rules up which suddenly become part of the GP contract?

I’m fairly sure i’m correct that GPs can refer patients at the point of them needed a referral.
Pre-referral guidance, is just that…. guidance. It is not contractual on the GP at all.
If the hospital or health authority (ICS) think that this is an efficient way of working, they should commission a service to do it.

To say it has minimal impact shows just how clueless secondary care really is. GP’s never get to discharge patients. GPs vary in their skillset and so referrals may vary also. However referrals are usually triggered when a GP has reach their personal limit of knowledge and skills and is therefore after expert assitance from someone who has a deeper but much narrower (by a massive margin) knowledge and skillset. So by rejecting you are leaving a GP with a patient that they do not feel medically safe or skilled enough to look after. And if you think that is of minimal impact then you really are clueless. Like leaving a neurologist with an acute appendicitis on his ward to deal with. But we have advised you how to take it out.

Ok , I can see his arguments together with his audit data suggesting perhaps missing diagnosis was not a big issue but , it is more about :
(1) Providing good expert advices when neurological medications are prescribed to patients . GPs are generalists , by default , and we are certainly not specialised enough to answer all patients’ questions about the diagnosis , prognosis and medications and their side effects . Time and expertise are required here . I would argue severe and frequently relapsing migraine is already an example . The letter from consultant suggesting trying a long list of Beta-blockers , Topiramate etc is , in my opinion , not enough .
(2) GPs ended up spending more time to explain and follow up patients trying a list of medications running the risks of not having further support from specialists. Yes , you can argue GPs need to learn a bit more knowledge to fit into this role .But if every specialty goes this road , I am sorry poorly equipped GPs will be carrying plenty of clinical risks unless every practice or neighbourhood has a GP with extended interest ( previously called GPWSI) in neurology , in this case .
(3) May be it is not solely about reducing workload in secondary care , it is though about passing responsibility and clinical risks to GPs still .

If the impact is ‘minimal’ why doesn’t the neurology department employ an Physician Associate or Nurse Practitioner to have a quick 10minute consult to sort out the easy problem the lazy GP couldn’t be bothered to sort out and pocket the £180 referral tariff? Simples!

I don’t think the hospital gets tariff any more, they have realised that a block contract (like GP) with some enhanced payments allows them more chance to try and squeeze juice from the hospital system.
Therefore with no financial benefit from actually seeing patients, more and more will be blocked….

“I don’t think the hospital gets tariff any more, they have realised that a block contract (like GP) with some enhanced payments allows them more chance to try and squeeze juice from the hospital system.”

That explains a lot. When GP is block contracted and full unlimited liability there is arguably a moral case for sending MORE patients to hospital as they get periodically bailed out so it’s the only way to draw more money into the system!

With block contract vs block contract however the incentive is for a big fight between distressed services, something that is apparent with the increased numbers of rejected referrals from mental health, community services and secondary care.

Hospital managers on £250 K +
Debt wiped by Hancock – hospitals are actually cold fronted and the obstacle
You work harder
You get scrutinised and data is pulled on you.

Reply
Unsuitable or offensive? Report this comment
Turn out The Lights 15 July, 2022 3:38 pm

Dr Evans may have a point.

He apparently speaks for a specialty that diagnoses everything and cures virtually nothing.

On reflection it’s more likely that he’s still sore that he failed to get onto a GP VTS.

Coulda been a contender.

Listen, respond, liaise and resolve: We are a confidential advice, support and information service and welcome feedback about our services as we recognise the value that comments, concerns and compliments can provide. Your feedback assists us in developing better quality, higher standards of healthcare and improved experiences for all of our service users, carers and families.

Nottingham University Hospitals are committed to providing safe and high-quality care to all of our service users. If you are dissatisfied with any aspect of care or treatment we will work with you to understand your concerns and seek to resolve them to your satisfaction.

What can we do?

We can talk to senior staff on your behalf: PALS at Nottingham University Hospitals is an easy-to-access service, with a friendly team who are here to offer you advice and information and help if you are having difficulties with our services.

We can advise you and inform you how to make a formal complaint about our services
We can give you information about POhWER, the NHS complaints advocacy service
We can signpost you to other organisations, where necessary
Here in PALS, we will ensure that we work hard to:

When to use PALS?

If you have a concern about yourself or about a relative or friend in our care, we recommend that you raise your concerns first of all with the people who are providing the care for you or your relative. They will usually be best placed to help you and to put things right as soon as possible when they go wrong. If you want help with doing this, PALS can help you.

If you remain dissatisfied after you have raised your concerns, and wish to make a formal complaint, please visit the complaints section of our website for information on how to do this.

If you have a question about your care or about Nottingham University Hospitals and do not know who to ask, PALS may also be able to help you.