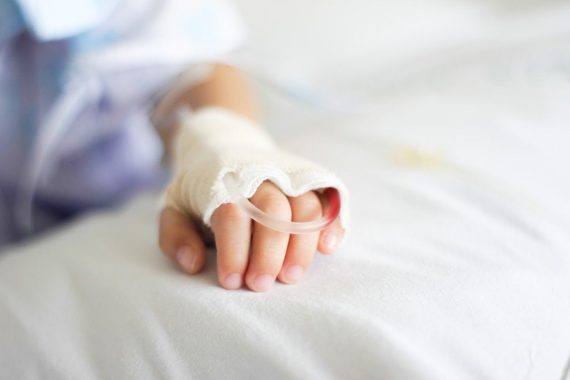 The common adeno-associated virus 2 (AAV2 virus) has been found to be the cause of a recent rise in acute hepatitis cases in children, with any link to Covid ruled out.

Two separate studies, conducted by the University of Glasgow and Great Ormond Street in partnership with the UK Health Security Agency (UKHSA), aimed to understand the causes of the recent rise in severe hepatitis cases of unknown origin.

They discovered that AAV2 was present in the liver and plasma in 96% of cases of children suffering from unexplained hepatitis, after looking at samples taken from across both studies.

The teams of researchers suggested that a coinfection with AAV2 and a ‘helper’ virus such as an adenovirus or herpesvirus (which AAV2 cannot replicate without) may offer the ‘best explanation for the onset of severe liver disease in affected children’.

The Scottish study looked at nine subjects with hepatitis and found that in all cases, and never in the control subjects, the AAV2 virus was present.

The researchers were also able to find that differences in the genome of patients, specifically in the human leukocyte antigen gene, which they said may be part of the answer as to why some children became seriously unwell.

In the London study, the virus was also found at high levels with 16 out of the 17 samples tested showing the presence of the AAV2 virus.

Both studies ruled out Covid infection ‘as a direct cause’ for the acute hepatitis.

Researchers in London found no SARS-CoV-2 in the liver of patients, while tests conducted by the team in Glasgow found two-thirds had antibodies to the infection, similar to the prevalence in Scottish children at the time.

Previous studies had also suggested that there may be a connection between the hepatitis infection and adenoviruses, but had not ruled out Covid as a possible cause.

The World Health Organization (WHO) has reported there are at least 1,010 probable cases worldwide, and the UK Health Security Agency (UKHSA) has confirmed over 263 cases in the UK as of 4 July.

Children with the condition commonly have to be hospitalised, and 11 children in England and one in Scotland have requiring a liver transplant.

Professor Emma Thomson, clinical professor at the MCR-University of Glasgow Centre for Virus Research (CVR) and senior author of the Scottish study, said: ‘AAV2 may cause disease itself or it may be a useful biomarker of recent adenovirus infection which may be the main underlying pathogen, but which can be harder to detect.’

However, she also pointed out that there were still many unanswered questions and that larger studies were urgently needed in order to fully understand this outbreak of hepatitis.

Professor Judy Breuer, professor of virology at UCL Great Ormond Street Institute of Child Health and honorary consultant virologist at Great Ormond Street Hospital, added: ‘It is critical to interpret our findings in relation to the timeframe of the patients’ clinical presentation.

‘Most of the Scottish children had a preceding illness with diarrhoea, vomiting and abdominal pain (often associated with adenovirus infection) between 1 to 11 weeks prior to presenting to hospital with acute liver inflammation, which may explain why adenovirus has not been identified in all affected children.’