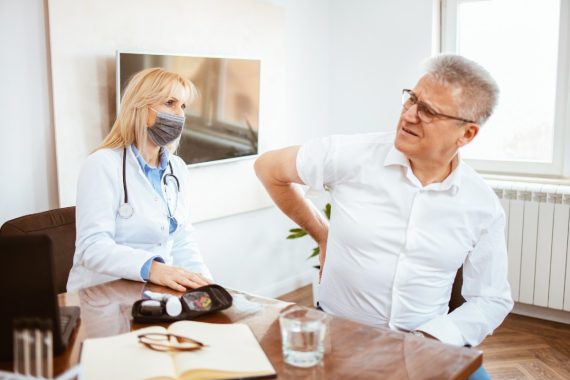 Dapagliflozin is to be recommended for treating patients with chronic kidney disease (CKD) under draft NICE guidance currently out for consultation.

It has been estimated that around 91,000 people in England will be eligible for treatment under the plans.

In the draft guidance published this month, NICE recommends consideration of the SGLT2 inhibitors as an add-on to standard care with ACE inhibitors or angiotensin receptor blockers (unless these are not tolerated) in people with:

It follows clinical trial data submitted by AstraZeneca which show that adding dapagliflozin significantly reduces the risk of having declining kidney function, end-stage kidney disease, or dying from causes related to the kidneys or cardiovascular system.

But NICE said there was no evidence available that it was beneficial in people without type 2 diabetes who have a uCAR of less than 22.6 mb/mmol.

The consultation is due to close on 26 November.

Meindert Boysen, deputy chief executive and director of the NICE Centre for Health Technology Evaluation, said: ‘Dapagliflozin is a promising treatment for certain people with chronic kidney disease and it has the potential to increase the length of time before the disease gets worse.

‘Our independent appraisal committee heard from people with the disease who said that further options which prevented the progress of the disease would offer real hope and a much-improved quality of life.

‘Alongside standard care, dapagliflozin has the potential to significantly reduce the risk of end-stage kidney disease.’

Dr Patrick Holmes, a GP with a specialist interest in diabetes based in County Durham, said while the guidelines were in draft form and may yet change, they do follow a pattern of SGLT2 inhibitors being given a clearer role in the management of CKD.

He said: ‘Certainly there is significant unmet need in the management of CKD for this very costly and debilitating condition.

‘SGLT2i’s are the first new class of kidney protective therapies for over two decades and general practice is potentially the best place to initiate them for type 2 diabetes and CKD.’

Dr Holmes added that challenges remained in raising the profile of CKD within general practice, understanding the use of SGLT2 inhibitors in people without diabetes and increasing the use of uACR.

He said: ‘We know from the latest National Diabetes Audit (2019-2020) that 68% of people with type 2 diabetes had their uACR measured in that year.

‘Testing of uACR in general practice for people with CKD is likely to be significantly less despite it being in the NICE guideline. Without a uACR it is likely that dapagliflozin will not be initiated in my opinion, and I wonder if it is time to re-introduce this back into QOF.’

or encourage a low carb diet…