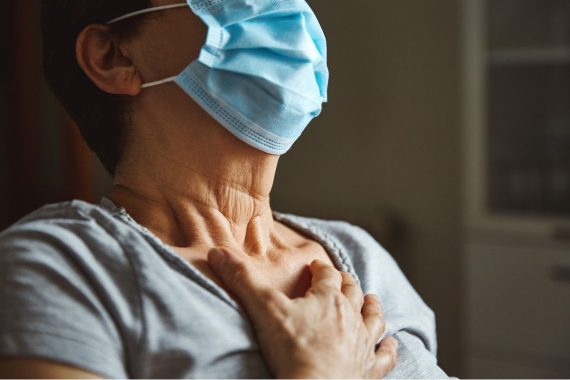 Researchers have raised concerns about the potential for drug-resistant mutations after the use of monoclonal antibody sotrovimab in a small Australian study.

The team in Sydney reviewed the first 100 patients who had been given the treatment during an outbreak of the Delta variant of Covid-19.

They found eight patients who persistently tested positive for SARS-CoV-2 and in four of those they found spike mutations between six and 13 days after sotrovimab was given.

Writing in the New England Journal of Medicine, the researchers said as the drug was one of the few monoclonal antibodies that had retained effectiveness against Omicron, it was important to carefully monitor patients after treatment especially if they progress to severe disease.

Genomic surveillance of such mutations was needed to both minimise the risk of treatment failure but also to prevent transmission of resistant Covid-19 strains in the community given they were able to isolate SARS-CoV-2 up to 24 days after treatment.

‘These data show the persistence of viable SARS-CoV-2 in patients after sotrovimab infusions and the rapid development of spike gene mutations associated with high-level sotrovimab resistance in vitro,’ they concluded.

‘These findings underscore the importance of stewardship of monoclonal antibodies,’ they added.

Sotrovimab was approved for use in the UK at the end of 2021 and is given as an intravenous drip which needs to be started within the first five days of treatment. In the community, it is only available to those in several clinically vulnerable categories through Covid Medicine Delivery Units (CMDUs).

Professor Jonathan Ball, professor of virology at Nottingham University said it was to be expected that monoclonal antibodies and antivirals would lead to the development of potential resistance particularly in a virus that can mutate quickly.

‘There’s always a reasonable chance you can drive resistance. The question is whether or not the mutation has a fitness cost to the virus,’ he added.

Ongoing surveillance of those undergoing treatment would be sensible he added and researchers would be looking at this but unless the mutations persist it would not be a massive problem.

‘It’s useful to understand how viruses are evolving in the face of selective pressure of new treatments. It is something to keep an eye on but it also highlights the need to be careful about how you use these monoclonal antibodies and make sure you target them to people who really need them.’