Covid infections decline by 60% as research shows half asymptomatic 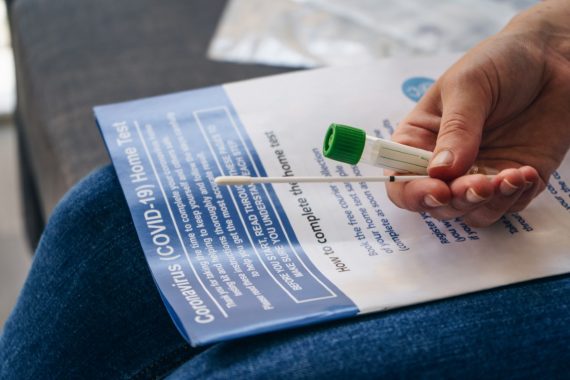 Covid-19 infections have fallen by 60% since February, with the health secretary hailing the impact of the vaccination programme.

But the speed of the decline started to plateau from mid-March, said the research team from Imperial College London and Ipsos MORI, reinforcing the need to continue to follow social distancing guidance.

It comes separate figures from the Office for National Statistics show that more than half of people with strong positive tests to coronavirus did not report any of the major symptoms.

The ONS said 53% of people with a strong positive or high viral load did not report having any symptoms in tests done between December and March.

ONS data also showed that among those with symptoms, fatigue, headache and cough remain the most common with only one in five reporting only loss of taste or smell.

The REACT data comes from its tenth report of rates of infection in the general population, and estimates a current R number of 1 in England.

The figures show that national prevalence dropped by around 60% from 0.49% in February to 0.20% in March but some areas of higher prevalence remain in parts of the North West, and Yorkshire and The Humber.

Professor Paul Elliott, director of the REACT programme, said: ‘We have seen a gratifying fall in infections since our last survey in February, with infections dropping by around 60% overall. This is hugely encouraging and shows we’re headed in the right direction.

‘However, in our most recent data there has been a flattening off in the infection rate with an R number now around one. This shows that we need to continue to approach the situation with caution and keep sticking to the rules.’

Health secretary Matt Hancock said: ‘These findings are promising and illustrate the significant impact that lockdown, combined with our phenomenal vaccination programme, is having on the prevalence of this dreadful virus.

‘We are meeting our four tests for easing the lockdown and there are many reasons to be optimistic for the future, but we cannot let this come at the expense of vigilance today.

‘The only way to safeguard the progress we have made as a country is by continuing to show caution and by doing everything we can to drive this virus into retreat – practicing hands, face, space and meeting outdoors, and, accepting the offer of a vaccine, when it comes.’

In February, the REACT study found that a wider range of symptoms – including chills, loss of appetite, headache and muscle aches – were ‘strongly linked’ with being infected with Covid-19, in addition to the classic symptoms.