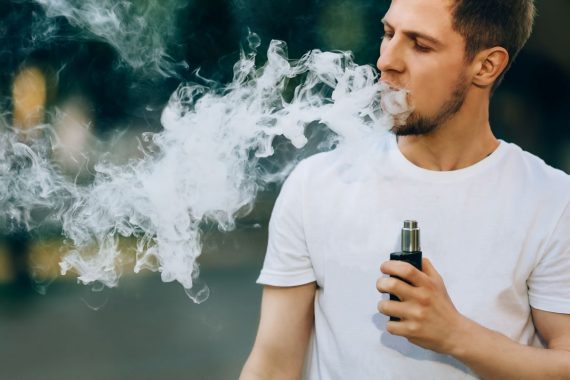 The ‘smokefree 2030’ target could be missed by ‘decades’ if the Government does not take immediate action to boost NHS smoking cessation funding, an official review has concluded.

At the current rate of decline, England’s target will be missed by at least seven years with the poorest areas will not become smokefree – defined as only 5% of the population smoking – until 2044, the review by Dr Javed Khan OBE has found.

An additional £125 million a year is needed to fund easily accessible, high quality stop smoking support including £70 a year ringfenced for smoking cessation services. If the Government cannot afford this, they should introduce a levy on the tobacco industry immediately, Dr Khan said.

The age of sale of cigarettes must increase from 18 by one year, every year until no one can buy a tobacco product, the review also concluded.

And the Government must embrace the promotion of vaping as an effective tool to help people quit, as while not being risk free the alternative is far worse, the review warned.

The review, commissioned by health and social care Secretary Sajid Javid, said failure to meet the smokefree target means that the commitment to extend healthy life expectancy by five years by 2035 will not happen and neither will targets set out in the 10-year cancer plan.

The review found that:

Dr Khan said with smoking costing the NHS £2.4 billion every year, prevention must become part of the it’s DNA. The health service must do more to offer smokers advice and support to quit at every interaction whether through GPs, hospitals, psychiatrists, midwives, pharmacists, dentists or optometrists.

The most recent audit by the British Thoracic Society into hospital-based tobacco dependency services, also published this week, showed the NHS was still some way off meeting a commitment to help all hospitalised patients quit by 2023/24 with less than half offered advice to quit and only 40% referred to smoking cessation.

Commenting on his review, Dr Khan said: ‘Without immediate and sustained action, England will miss the smokefree target by many years and most likely decades.

‘A smokefree society should be a social norm – but to achieve this, we must do more to stop people taking up smoking, help those who already smoke and support those who are disproportionately impacted by smoking.

‘My holistic set of recommendations for government will deliver this, whilst saving lives, saving money and addressing the health disparities associated with smoking.’

Jim McManus, president of the Association of Directors of Public Health said implementing the recommendations would make a huge difference to the nation’s health.

‘We are therefore urging the government to act on the recommendations and are ready to work closely with them to play a pivotal role in making smoking obsolete.’

Grace Everest, policy fellow at the Health Foundation said if the Government chose to deliver on the recommendations, it would mark a significant step towards a smokefree society.

‘With smoking a major cause of preventable ill health and early death in England and a driver of our stark inequalities in life expectancy, failing to do so would be a major missed opportunity to improve and level up the nation’s health. Now is the time for bold action.’

Andrew Gwynne MP, Labour’s Shadow Minister for Public Health, responding to the launch of the Khan review into smokefree 2030 policies, said the review ‘presents an opportunity for a step change in preventing the thousands of deaths and cancer cases caused by smoking every year’.

‘The Tories commissioned this Review, but in the same breath have cut stop smoking services in real-terms by 29% since 2016, invited former tobacco lobbyists into the heart of Government, and characteristically dithered and delayed,’ he added.

The ‘smokefree 2030’ target is defined as 5% smoking prevalence or less in England.

It followed warnings from charities that a third of local authorities no longer provided specialist stop smoking services.

I love all this roundabout comedy.
You do know who British American Tobacco are.
Yes.
They’re British.
With a big fat building in London.
With a revenue of £25 billion.

Hope you consulted these boys and girls:
https://www.bat.com/group/sites/UK__9D9KCY.nsf/vwPagesWebLive/DOBB9HZA

They have a global strategy and policy, to antagonise your smoke free society.

In the interests of accuracy, one should probably note that that’s a fraction of the tax smokers pay:

“the Treasury is taking in about £12 billion directly from tobacco sales.”
https://fullfact.org/economy/does-smoking-cost-much-it-makes-treasury/

So there are many good reasons people should stop smoking, but saving money for public services isn’t one of them.