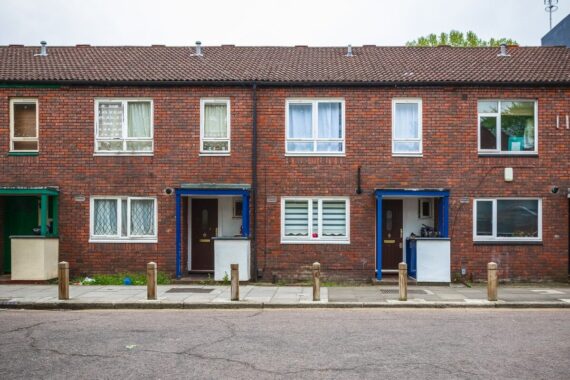 An upcoming white paper on health disparities could set out a plan to attract GPs to work in deprived areas, the health secretary has suggested.

It will tackle issues that have been ‘neglected for far too long’ such as ‘a lack of doctors in deprived communities’, he added.

Mr Javid told delegates: ‘This white paper will contain our plans across a wide range of areas including on reducing obesity, tackling addictions, and to help people to stop smoking.

‘The white paper will also tackle a host of other issues that I believe have been neglected for far too long – from sickle cell disease to a lack of doctors in deprived communities.’

Earlier this year, a proposal for boosting GP numbers in under-doctored areas via the Health and Social Care Bill was dropped.

The House of Lords was not invited to take a decision on an amendment to the Bill, which had proposed that GPs should be mandated to work in deprived areas.

And in November, the Department of Health and Social Care (DHSC) had distanced itself from news reports claiming that GPs would be forced to work in deprived areas to tackle inequalities.

Meanwhile in Scotland, the health minister has pledged to look at increased funding to attract more GPs to work in rural areas.

Meanwhile, speaking on the topic of prevention, the health secretary said that in ‘just a few years, patients will be able to benefit from personalised dietary advice and exercise routines’.

However, he did not set out who would provide this and whether GPs would have a role.

And Mr Javid also said that ‘routine vaccinations’ should follow the ‘community-centred approach’ of the Covid vaccination programme, where jabs were delivered in ‘churches, clubs and cricket grounds, right in the heart of their local communities’.

He said: ‘Just as we’re learning from the successes in developing and procuring new vaccines and treatments, we must take forward this community-centred approach and apply it to other routine vaccinations wherever possible.’

It comes as NHS England documents have revealed that a ‘long-term NHS vaccination service’ is now under development.

In January, the health secretary told MPs that a ‘national vaccination service’ is needed to ensure GPs are not asked to stop routine care again, as they did during the Covid vaccination programme.

Controversially, he also suggested the service could cover ‘other vaccines’ as well as Covid jabs – potentially representing a huge shake-up to GP funding.

I they really meant it then a salary of £200k to work in such deprived areas as an opening gambit. Thought not.

Decades in a “Deprived Area”, and several years elsewhere; don’t do it, no amount of money is enough.
Find somewhere nicer, and with colleagues you respect.

Reply
Unsuitable or offensive? Report this comment
Simon Gilbert 26 May, 2022 7:43 am

In Sweden primary care capitation is based in individual risk scores for patients, wiping out the current disincentives for practices to attract complex or potentially demanding patients.
This led to more primary care provision in deprived areas but doesn’t penalise those practices in other areas who are ‘chosen’ by complex patients.

No chance. You think the new kids on the block are naïve and so stupid? Comedy. You know Majid there are companies giving GPs proper golden handshakes out there, globally. Your overseas recruitment and trickery into plugging them into the sticks is abhorrent, to then make them face a tribunal for mistakes you set them up for. You wanted portfolio GPs and now you have them, a whole new breed that couldn’t really give a penny, let them play golf and be happy instead of doing resourceless medicine. **Recruit dentists there first, health starts in the mouth. Good luck with that one too.