Two-thirds hospitalised with Covid not recovered a year later 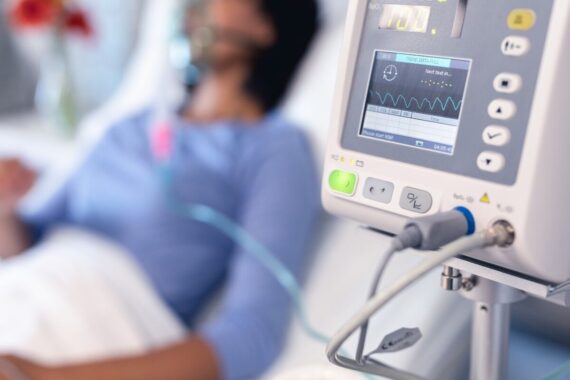 Over two-thirds of patients hospitalised with Covid do not feel they have fully recovered one year after discharge, according to a large UK study.

In the Post-hospitalisation COVID-19 study (PHOSP-COVID), researchers followed 2,320 adult Covid-19 patients who were discharged from hospital between March 2020 and April 2021, assessing patient-reported outcome measures, physical performance, and organ function at five months and one year, with 807 patients completing both assessments.

At one year, 28.9% of patients said they felt fully recovered, showing little change from the findings at five months, where 25.5% of people reported feeling fully recovered, the prospective longitudinal study found.

The most common ongoing symptoms were fatigue, muscle pain, physically slowing down, poor sleep, and breathlessness, the researchers reported in The Lancet Respiratory Medicine, noting the limited recovery from five months to one year after hospitalisation was ‘striking’.

‘The major risk factors for not feeling fully recovered at one year were female sex, obesity, and receiving mechanical ventilation during the acute illness,’ they wrote.

Researchers also found that several inflammatory mediators were increased in people with the most severe physical, mental health and cognitive impairments compared with individuals with milder ongoing impairments, suggesting these groups might respond to anti-inflammatory strategies.

‘Our study highlights an urgent need for health-care services to support this large and rapidly increasing patient population in whom a substantial burden of symptoms exists, including reduced exercise capacity and large decrements in health-related quality of life one year after hospital discharge,’ the study authors concluded.

Both pharmacological and non-pharmacological interventions were urgently needed to improve the ongoing burden following hospitalisation for Covid-19, both for individuals and health-care systems.

‘Our findings support the use of a precision-medicine approach with potential treatable traits of systemic inflammation and obesity.’

The mean age of participants who completed both assessments was 58.7 years, around a third were women and 27.8% had received mechanical ventilation, which was higher than typical in UK hospitals.

Researchers also noted the cohort predated the emergence of the Omicron variant and included patients who would not have been vaccinated before infection, and they called for further research into the effects of current acute care, newer variants and vaccination status before and after contracting Covid-19.

In December last year, new NICE guidance recommended that GPs should consider referring long Covid patients to specialist clinics as soon as four weeks after acute infection, after ruling out other diagnoses.

NHS England announced at the time that 69 long Covid clinics were in place around the country, with more sites expected to open in January this year.

GPs previously warned that access to existing long Covid clinics is patchy, with only one fifth (21%) of GPs saying they currently had access to a clinic in their local area.

Last month, a health minister said that a plan to ‘further clarify the role of general practice’ in supporting patients with long Covid would be published this spring.

A recent research review by UKHSA found people fully vaccinated against Covid-19 are around half as likely to develop long Covid symptoms as unvaccinated people or those who had only received one vaccine dose.

Researchers behind the ZOE Symptoms study came to the same conclusion last autumn.