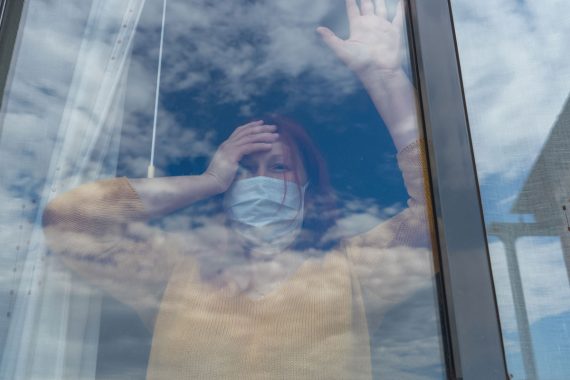 GPs will be banned from charging domestic abuse victims up to £150 to confirm their injuries, under measures likely to pass in to law as part of the Domestic Abuse Bill.

The bill – currently in its final stages in Parliament – will prevent GPs and other NHS healthcare staff from charging for evidence to support victims’ claims for civil legal aid when seeking protection.

An amendment to prohibit GPs charging for evidence in such cases was added to the bill and passed by a vote in the House of Lords on the 15 March.

Discussions have been underway since late 2018, when health minister Lord O’Shaughnessy told the House of Lords they were committed to ‘dealing with this issue’.

The BMA supports the view that GPs should not be charging patients in these circumstances but has also called for the requirement for medical evidence to be removed from the legal aid application process.

A Government spokesperson told Pulse: ‘Supporting domestic abuse survivors is a priority and we strongly agree they should not be charged for obtaining the evidence needed to support them in accessing legal aid.

‘The vast majority of GPs are following the BMA’s guidance and not charging for these letters, but we recognise this is not binding.

‘To tackle this, and remove a potential barrier for survivors experiencing justice, we have tabled an amendment to the Domestic Abuse Bill which prohibits practices charging a patient for evidence of abuse in order to receive legal support.’

A BMA spokesperson said there was no need for medical involvement in the process for gaining access to legal aid for domestic abuse victims.

‘We feel that such requests can compromise the relationship between doctor and patient, and that legal aid agencies should take the word of victims without needing to consult a GP – who themselves may not be best placed to confirm whether domestic abuse has occurred.

‘This is a position we continue to make clear through our input into the Government’s ongoing review into bureaucracy in general practice.’

They added that the BMA recommends that practices do not charge for completion of the template letters should they be necessary.

‘However, we believe that if the Government is to insist on the use of these letters to obtain legal aid, that other people and bodies provide them, rather than expecting this of GP practices.’

The Department of Health and Social Care is currently reviewing the means test, specifically considering the experiences of domestic abuse victims, and looking at the capital thresholds for victims.

This review, alongside a consultation on policy options, is due for publication later this spring.

It comes as research from last year showed that GP practices are much more likely to spot signs of domestic abuse and to refer patients after receiving in-depth training.

No suprises to see the BMA arguing to make GPs work for free. Who needs enemies . . .

Perhaps best not to pay GPs at all, for anything.

Do you have a minor injurues contract? If not, you don’t have to see them to start with . Best they go to ED who can document injuries and then provide this information for free to third parties.