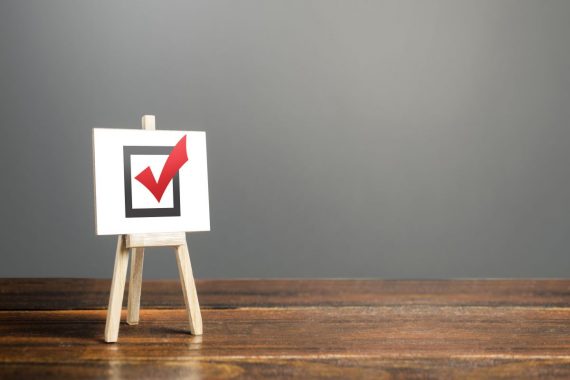 GP leaders in England have voted in favour of putting the Primary Care Networks (PCN) DES to a ballot of the whole GP profession.

A motion has today been passed at England’s LMCs conference calling for a ballot of the profession before any future extension or changes to the PCN DES.

The motion asked that the conference ‘asks the GPC England to secure a firm mandate from the entire profession by means of ballot before negotiating any extension or changes to the PCN DES for the year [2021/22]’.

It was passed with 62% of delegates in favour, 35% against and 3% abstaining.

The introduction of the PCN DES this year was mired in controversy, including becoming subject to a special LMC conference which voted to reject it.

The motion, proposed by Devon LMC, said the BMA’s GP Committee ‘has never secured a robust democratic mandate for the PCN DES’.

Speaking in favour, Cannock GP Dr Manu Agrawal said: ‘[The PCN DES] is an existential threat to general practice as we know it. Let’s acknowledge this as a failed experiment.’

However, Avon LMC director and PCN clinical director Dr Lee Salkeld said that ‘pulling the rug from under the feet of the PCN DES risks stalling or undoing the good work that’s been achieved so far’.

She added:’Taking on this DES was not mandatory – 99% of practices in England are currently in a PCN and they find that it’s an opportunity for practices to work together to increase resilience locally. Does this not reflect the rule of the majority?’

But other speakers referenced the ‘pressure’ faced by practices to sign up, especially due to the funding attached to the DES.

After it was endorsed by the GPC, 98% of practices signed up to the DES in May.

At the time, NHS England’s announcement said that the ‘near total’ uptake ‘reflects support’ for PCNs which are ‘helping improve care for patients across the country’.

Practices were also given an opportunity to opt out of the DES in September, after NHS England updated it.

DEVON: That conference notes that the GPC England has never secured a robust democratic mandate for the PCN DES and so again asks the GPC England to secure a firm mandate from the entire profession by means of ballot before negotiating any extension or changes to the PCN DES for the year 2021 / 2022.

what is this language? “increase resilience”

I’m confused.
How will PCNs integrate with ICSs?

The choice was to sign up for far more work to barely maintain income and services, or not sign up and slowly starve to death.
If you force 100 people to either drink their own urine or eat their own faeces, then 98% would choose the former, but it’s hardly a ringing endorsement of urophagia, just a dread fear of coprophagia.

Dear slobbering Spaniel, that is the key question
ICS’s are all about establishing local cash limited systems
This distances the blame for any shortfall in funding away from government and devolves it to local organisations
Then if you read the NHSE consultation document GP budgets will be devolved and integrated into the ICS thus circumventing GPC and national negotiation
Then the ICS devolves a budget to your PCN to manage healthcare in your PCN area and hold you to account for when it’s not enough!
And from that budget you have to make a profit to pay yourself !
PCNs are just a jigsaw piece in the grand plan to incorporate GPS into local NHS bodies
Just say no in the forthcoming ballot on the PCN DEs and keep slobbering!

PCNs have the sole purpose of depriving practices of funding.

We signed up because we would have lost income had we not and our surgery would have been destabilised.
Rock and a hard place. It was never extra money, it was redistributed from elsewhere in our contract.