Clinically extremely vulnerable ‘no longer’ at increased risk unless immunosuppressed 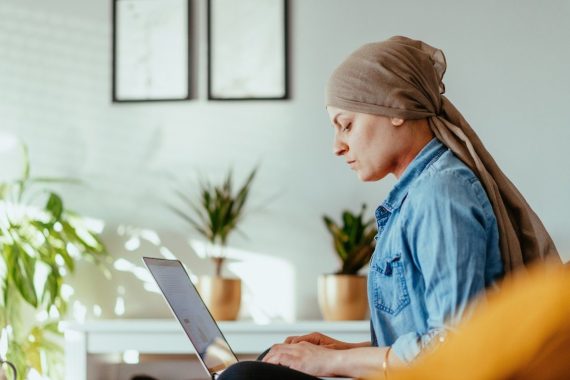 The Government has said that those previously identified as ‘clinically extremely vulnerable’ (CEV) are no longer at increased risk from Covid, unless they are immunosuppressed.

Updated guidance for England from the Department of Health and Social Care (DHSC) and the UK Health Security Agency (UKHSA) said that ‘most’ of those who were previously advised to shield are ‘now well protected’ by vaccinations.

It added that they are ‘no longer at substantially greater risk than the general population’ and therefore are now advised to follow the same guidance as the rest of the public.

However, those who are immunosuppressed should follow a separate set of guidance because they ‘higher risk of serious illness’ from Covid ‘despite vaccination’, it said.

The guidance, published on Friday, said: ‘Most people who were identified as CEV are now well protected after receiving their primary and booster vaccination doses.

‘For most people who were CEV, you are no longer at substantially greater risk than the general population, and you are advised to follow the same guidance as everyone else on staying safe and preventing the spread of coronavirus (Covid-19), as well as any further advice you may have received from your doctor.’

It added: ‘There is no longer separate guidance for people previously identified as CEV, although we recommend anyone with underlying health conditions takes care to avoid routine coughs, colds and other respiratory viruses.’

The guidance stressed the importance of taking up a Covid vaccination and any subsequent boosters offered.

It added that there ‘remains a smaller number of people who, in spite of vaccination, are at higher risk of serious illness from Covid-19’ and should follow separate guidance to protect themselves.

‘This is due to a weakened immune system (immunosuppressed) or specific other medical conditions and requires enhanced protections such as those offered by antibody and antiviral treatments, additional vaccinations and potentially other non-clinical interventions,’ it said.

Guidance for the immunosuppressed

Separate guidance for those aged 12 and over whose immune system means they are at ‘higher risk’ advises:

It said that ‘enhanced protections such as those offered by treatments, additional vaccinations and potentially other non-clinical interventions may benefit’ the group and encouraged take-up of vaccinations ‘as a matter of urgency’.

It comes as the Government announced last week that over-75s, care home residents and over-12s who are immunosuppressed will receive an additional Covid booster jab from spring, following new JCVI advice.

Earlier this month, it was reported that clinically extremely vulnerable patients were expected to be told to contact their GP for Covid advice as the Government was preparing to end all guidance for the group.

The shielding programme for CEV patients was formally ended in September last year.

Autumn Covid boosters could cover all over-50s starting from September