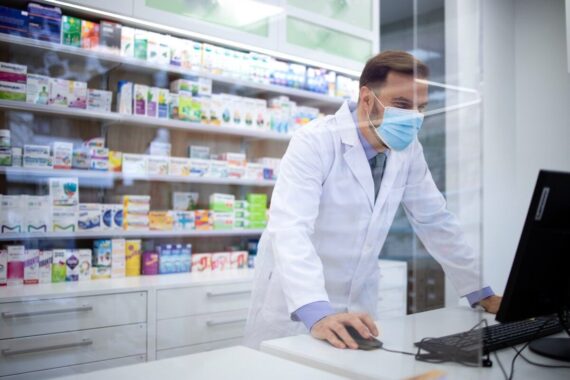 Some community pharmacies have said that they are not planning to sell Covid tests from this month, as the Government’s provision of free tests comes to an end.

Until 1 April, pharmacists offered Covid tests to patients through the ‘pharmacy collect’ scheme, which was funded at between £1.40 and £1.70 per test distributed.

But superintendent pharmacist at Beaminster Pharmacy in Dorset Mike Hewitson told Pulse’s sister title The Pharmacist that he had ‘no plans’ to sell the tests ‘anytime soon’.

He said: ‘We’ve had more grief over lateral flow tests than anything else over the pandemic. They are a pain to order and they do not always arrive; then we have to deal with angry and frustrated patients.

‘I just don’t want to be involved with testing anymore if I can help it.’

Contractor and managing director of Whitworth Chemists Jay Badenhorst said he was holding out on selling tests in his pharmacies in the hope that the Government would backtrack on its decision to stop free testing.

‘I know the Government is not likely to change its mind, but I really believe that free testing should continue while cases are still high,’ he said.

‘Obviously, if the Government stops providing free tests and my patients ask for tests I will provide them, but as of yet I’ve made no arrangements with wholesalers,’ he added.

Meanwhile, pharmacist at Southampton-based AR Pharmacy James Tibbs said that demand has dropped since people have had to start paying for tests.

His pharmacy ran out of Government-funded tests a few weeks ago and has been selling private tests since then, he added.

‘When we were giving out tests through pharmacy collect were handing out up to 50 boxes per day, [but] now we’re selling near 50 per week.’

Mr Tibbs said only around one in 20 people who come in looking for a test are willing to pay.

‘It is worrying, but people are struggling right now with the cost of living rising and they cannot afford to buy Covid tests on top of that,’ he added.

The pharmacy is selling Covid tests at £3 each, but Mr Tibbs said that he would be willing to drop his prices if the ‘market changes’.

It comes as a health minister last week rejected an MP’s call for a three-month extension to free Covid tests.

Speaking in a Commons debate on testing, Labour MP Rachael Maskell called on the Government to follow Wales in extending the lateral test programme, but health minister Maggie Throup insisted the nation has ‘moved on’.

Ms Throup said England has ‘broken the chain of transmission with the vaccination programme’ and is now ‘one step ahead of the virus’ despite rising case rates.

Free Covid testing for the majority of the population in England ended on 1 April, although it will continue to be free for the most vulnerable patients and patient-facing NHS staff.

NHS England has also said that GPs can refer patients for free testing if a Covid diagnosis is required ‘to support clinical decisions’.

Covid cases have climbed by a million in a week in the UK, data from the Office of National Statistics (ONS) suggests, with one in 16 people in England currently testing positive.