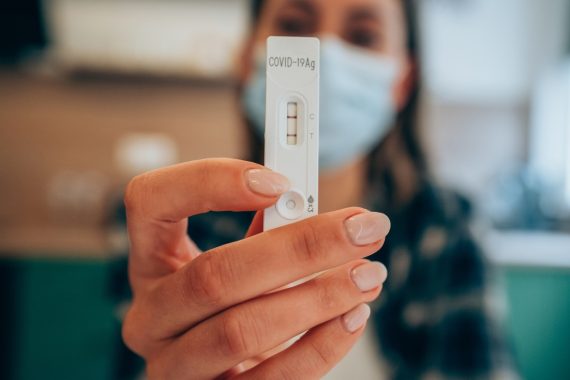 GPs have been left in the dark over whether new self-isolation rules coming into force on Thursday apply to them.

The Prime Minister yesterday announced that mandatory self-isolation for those who have tested positive for Covid-19 will no longer be legally required from Thursday (24 February).

Those laws will be replaced by guidance advising people take a ‘personal responsibility’ not to infect others, similar to how one might act if they had the flu, Mr Johnson suggested.

But so far, there is no detail on what the plans mean for GPs.

It remains unclear whether GPs and staff will also no longer be required to isolate, patients can turn up to healthcare settings with Covid symptoms and IPC guidance for general practice be relaxed.

An NHS England spokesperson told Pulse on background that it will publish new guidance for healthcare professionals on self-isolation as soon as it can.

However, they declined to provide a formal statement.

And the UK Health Security Agency (UKHSA) did not respond to Pulse’s requests for clarification.

Meanwhile, the Government’s ‘Living with Covid’ strategy published yesterday set out further details of the new guidance coming into force on Thursday.

It said: ‘From 24 February the Government will remove the legal requirement to self-isolate following a positive test.

‘Adults and children who test positive will continue to be advised to stay at home and avoid contact with other people for at least five full days and then continue to follow the guidance until they have received two negative test results on consecutive days.

‘Those who test positive should avoid contact with anyone in an at-risk group, including if they live in the same household.’

The document, which applies only to England, added that there will be ‘specific guidance for staff in particularly vulnerable services, such as adult social care, healthcare, and prisons and places of detention’.

And it said that the NHS will ‘continue’ to provide access to free PPE until the end of March 2023 ‘or until the IPC guidance on PPE usage for Covid-19 is amended or superseded – whichever is sooner’.

It comes as NHS England has said that continued access Covid testing for GPs and practice staff is being reviewed, as free testing is set to end for the general public from 1 April as part of the ‘Living with Covid’ plan.

Just anticipate some grey, ambiguous, indifferent, “risk assessment”-type nonsense. Living with Covid Strategy, is more-like Ignoring Covid Strategy and Living with those that Couldn’t Care Less Ever about Novid.

No clarity.
BUT ___ they called your Appraisal Clarity. What a joke or PUN or Despicable funny on you. Not.